Data Center REITs to Pounce on Amidst any Market Retest 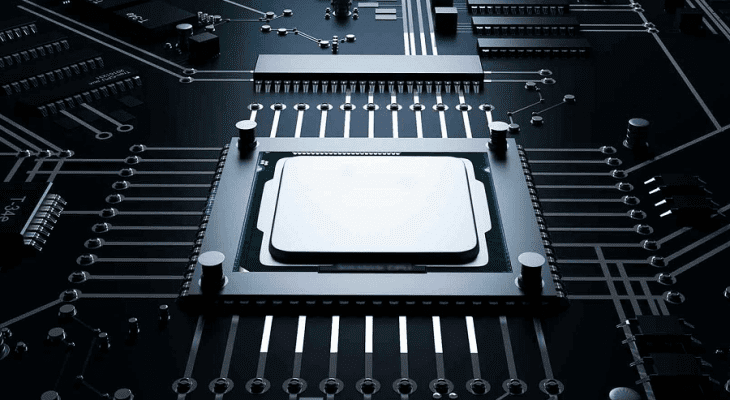 Just when it seemed like the investment community was buying into the V-shaped recovery due to the mother of all snapback rallies, investors took profits into the earnings reports of most of the heavy-weight stocks that had been hugely crowded trades.

Those stocks consisted of the so-called FAANG companies of Facebook (NASDAQ:FB), Amazon (NASDAQ:AMZN), Apple (NASDAQ:AAPL), Netflix (NASDAQ:NFLX) and Google’s parent Alphabet (NASDAQ:GOOGL), as well as the MAGA equities of Microsoft (NASDAQ:MSFT), Amazon, Google and Apple. Last week was truly the culmination of a buy-the-rumor and sell-the-news tape as the “sell in May and go away” mantra was starting to make the rounds.

It would seem that investors can throw out the traditional playbook in the current environment, since there is no fiercer force at work than the almighty Federal Reserve. After all, it has pledged to print whatever is necessary to bring the American economy to a full recovery. Fed Chair Jerome Powell spoke with great conviction at last week’s Federal Open Market Committee (FOMC) meeting when he stated that, “There are no limits to how far it will go to help the economy.”

The Fed’s actions are historic, their speed is unprecedented, and Jerome Powell is the right man to be leading the Fed at this time. In a bid to offset the economic damage from the coronavirus, the Fed has slashed its benchmark interest rate to near zero and launched a variety of programs that total more than $2.3 trillion in order to get money to households and businesses in need.

“We can do what we can do, and we will do it to the absolute limit of those powers,” Powell added.

This backdrop of massive fiscal cannon fire fueled the recent rally as most of the gains were realized before first-quarter earnings season got into full swing. The “don’t fight the Fed” short-squeeze was also in full bloom, and there was no place for the shorts to hide. They could not even hide in the energy sector and the small-caps, where the pain of the economic shutdown was most felt. And then the reality of a U-shaped recovery, rather than a V-shaped rebound, set in last Thursday.

The bond market was having nothing to do with the V-shaped happy talk. The yield on the 10-year Treasury closed out the week at 0.64%, just 10 basis points above the March 9 low of 0.54%. You’d think that after a 760-point rally in the S&P 500 that there would just be a little more giveback in bond yields.

Not so, not with crude trading at a price that will deconstruct most of the progress made in the oil industry. Meanwhile, U.S. unemployment recently topped 30 million and is expected to rise further when the data is released later this week. For now, wage increases at all levels of the economy are a thing of the past, and there is widespread agreement that the unemployment rate will be in the double digits for many months, if not a year or more.

Assuming the economy is on a path to a U-shaped recovery and interest rates and bond yields are down for the count, investors who are seeking income will have a second shot at buying highly defensive dividend stocks and best-of-breed dividend growth stocks in the coming weeks. While the Fed has provided a base-camp-like put under the market, this doesn’t mean the S&P can’t retest to 2,600, where the long-term moving average sits. 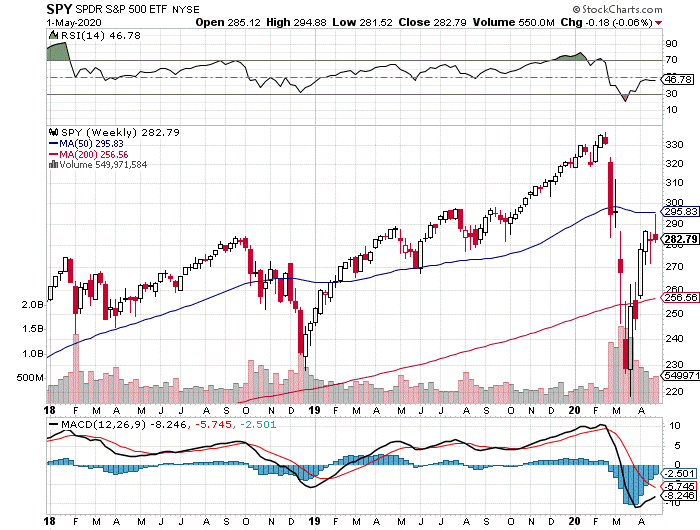 The S&P 500 penetrated this level on the way down as algorithmic sell programs created a trapdoor setting where the selling of index funds and exchange-traded funds (ETFs) triggered a forced liquidation. As the Fed has now aggressively stepped in and stated its case of playing the role of “Uncle Sugar” for the market, a floor at 2,600 looks formidable and would involve a move downward of about 8% from Friday’s close.

Data Center REITs to Pounce on Upon a Market Pullback

This is, in my view, a very plausible scenario that will play out over the next several weeks. With it will come an excellent opportunity to buy into those dividend stocks that got away from bargain hunters in the most recent rally. And, I would emphasize that those who are seeking the highest quality yields should focus squarely on REITs where yields compete with utilities, but also offer higher revenue and earnings growth.

This is because one of the good things about data center REITs is that their growth isn’t dependent on consumers spending money. But, there is also a compelling fundamental case for continued secular growth in data center REITs.

According to DataCenter Knowledge, the relentless growth of data and cloud computing, machine learning, Software as a Service, content distribution, social media, e-commerce and cloud-first or hybrid IT architecture for enterprise applications, combined with the migration of applications from legacy corporate data centers, is attracting shareholders who are looking for the long-term growth that can be attained by owning shares in digital infrastructure REITs. Those REITs focus on towers, fiber and data centers. 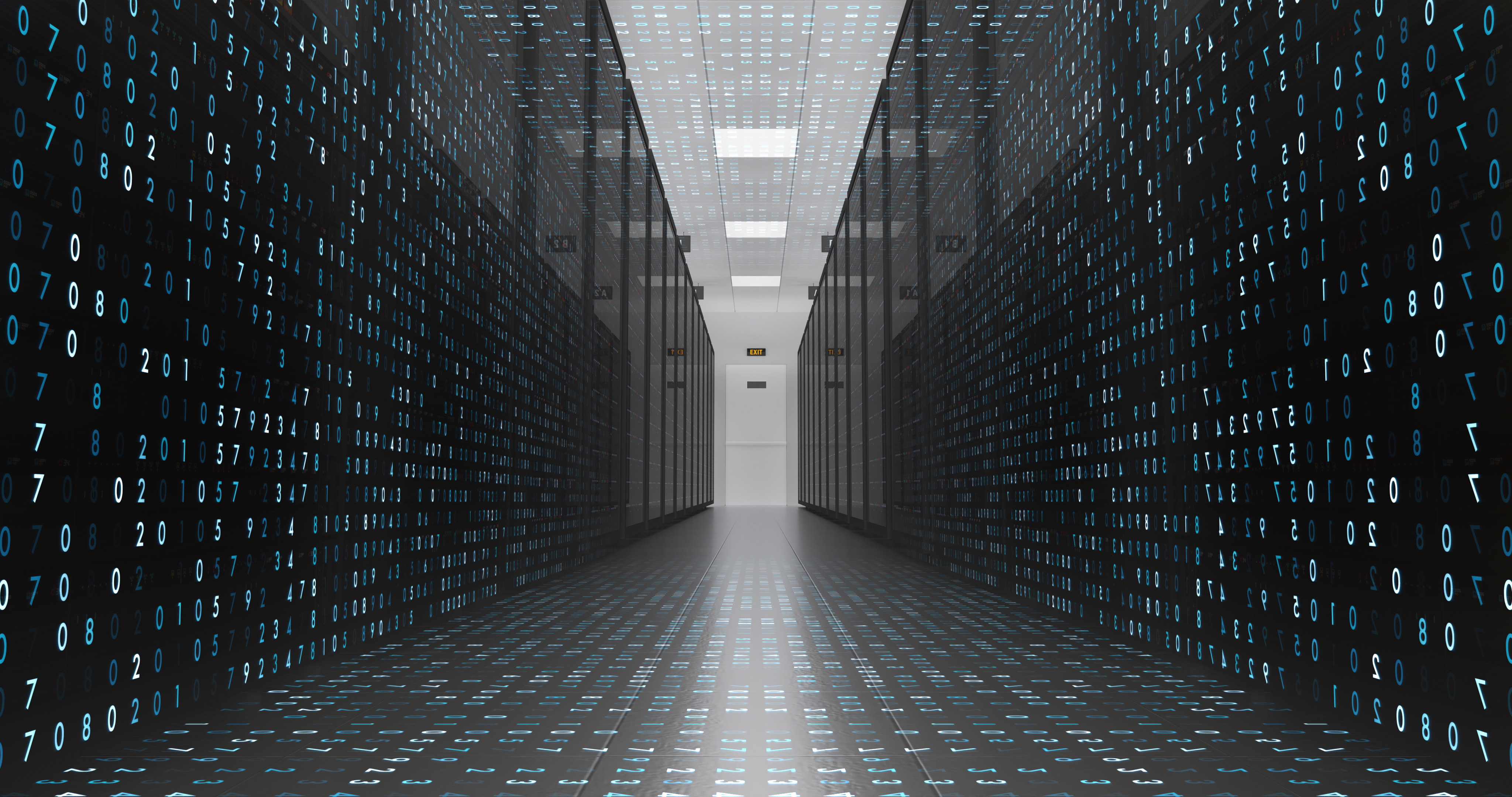 The global data center market is forecast to grow at a compounded annual growth rate (CAGR) of more than 17% between 2020 and 2023, and then exceed $62 billion, according to www.marketsandmarkets.com (Data Center Colocation Market). The rise in the adoption of multi-cloud and network upgrades to support 5G will be the main drivers.

Investments in 5G testing and deployment are driven by an increase in data traffic, owing to the rising adoption of internet of things (loT) devices and big data analytics, as well as the growing consumption of online video and audio content. This demand for multi-cloud strategy and the advent of 5G technology will lead to the rapid expansion of the global data center market.

To sum it up, if we do get the deep pause in the market and these overheated data center REIT stocks witness a meaningful pull back on their respective share prices, then consider committing some income-oriented capital to this REIT subsector that is hitting on all 5G cylinders and will continue to do so for the next three years.

P.S. You can watch me discuss 5G opportunities on the Global Financial Wealth Network on your Amazon Fire, Roku or Samsung Smart TV. Or, if you want to watch my discussion directly on your computer, phone or tablet, click here to watch now!