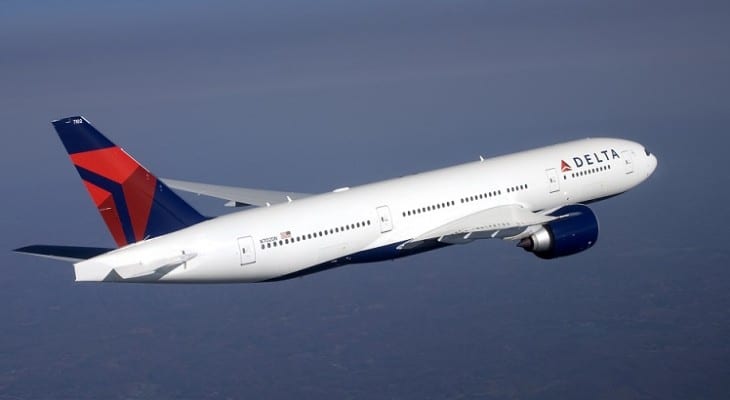 The company’s share price experienced some volatility and declined along with the overall market pullback since January 2018. However, the share price has been gaining again in July and the current price level could be an opportunity for investors to take a long position at discounted share prices and enjoy a 2.8% dividend yield.

Investors convinced that the share price will continue its current short-term rising trend, should conduct their research and take a position before the company’s next ex-dividend date on July 25, 2018, to ensure eligibility for the next round of dividend distributions on the August 16, 2018, pay date.

Headquartered in Atlanta, Georgia, and founded in 1924, Delta Air Lines, Inc. provides scheduled air transportation for passengers and cargo internationally. Delta Air Lines serves more than 180 million customers each year. Through its global network, Delta and the Delta Connection carriers offered service to 324 destinations in 57 countries and operated a fleet of more than 800 aircraft as of March 31, 2018. The airline is a founding member of the SkyTeam global alliance and participates in the industry’s leading transatlantic joint venture with Air France-KLM and Alitalia, as well as a joint venture with Virgin Atlantic. Including its worldwide alliance partners, Delta offers customers more than 15,000 daily flights and services 661 locations in 127 countries. The company’s key hubs and markets are Amsterdam, Atlanta, Boston, Detroit, Los Angeles, Mexico City, Minneapolis/St. Paul, New York-JFK and LaGuardia, London-Heathrow, Paris-Charles de Gaulle, Salt Lake City, São Paulo, Seattle, Seoul and Tokyo-Narita. The company generated more than $3.5 billion in net income from total revenue of more than $41 billion.

The company has boosted its quarterly dividend at least once every year since introducing dividend distributions in 2013. Over that period, the quarterly dividend payout amount rose almost six-fold, which is equivalent to an average growth rate of more than 42% per year.