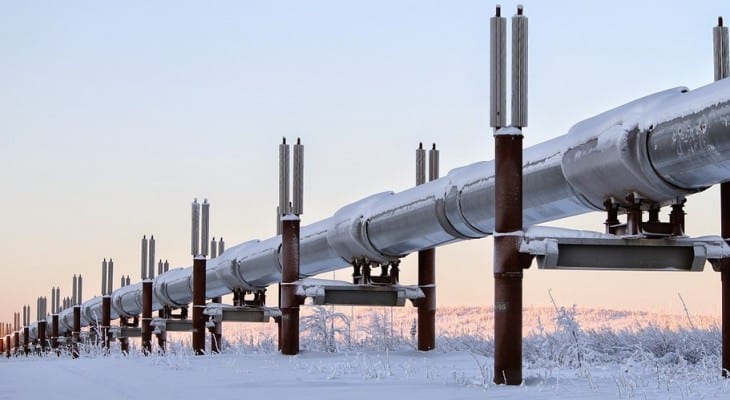 Energy Transfer Partners L.P. (NYSE:ETP) has raised its annual dividend for the past 15 consecutive years to offer a current dividend yield of 14%.

The company’s share price has been declining since August 2016 but showed indications of a sustained uptrend just prior to the overall market selloff in early February. Even with the declining share price, this stock has been providing steady dividend payouts for investors looking for a source of a stable income flow.

The company distributed its most recent quarterly dividend on February 14, 2018, just one week after its ex-dividend date on Feb. 7. Therefore, investors who are interested in ETP’s dividend or the potential of its share price to rise from current levels should watch for a late-April dividend declaration announcement, when the ex-dividend and the pay dates likely will be set for early and mid-May, respectively.

As the crude oil and gas prices stabilized in the $50 to $60 range, the company’s share price resumed its normal rising trend. Since the beginning of December 2017, the share price gained 32% in just 60 days. However, that trend was interrupted by the overall market selloff at the beginning of February 2018. The share price gave back more than 90% of its gains and is currently trading approximately 2.5% above its level on December 1, 2017. At the end of trading on March 28, 2018, the share price closed at $16.08, which was a third less than it was one year earlier and almost 50% below its level from five years ago.

The company’s current $0.565 quarterly dividend is 8.7% higher than the $0.52 payout from the same period last year. However, the company raised its quarterly dividend three times since then. Energy Transfer Partners has boosted its dividend payout amount every quarter over the past 49 consecutive periods since the third quarter of 2005. Over that time, the company hiked its dividend payout at an average rate of 3.5% each quarter.

On an annualized basis, Energy Transfer Partners has enhanced its total annual dividend payout nearly 10-fold since 2002. Over that 15-year period, the company advanced its annual distributions at an average growth rate of 15.1% per year.

The current annualized dividend of $2.26 converts to a 14% forward yield, which is nearly double the company’s 7.2% average yield over the past five years. Even if the price rose to its $23.75 level from 12 months ago, the yield would still be at 9.5% — roughly 32% above the company’s five-year average yield.

In comparison to its industry peers, ETP’s current 14% yield is 460% higher than the 2.47% simple average of the entire Basic Materials and 142% above the average of all the companies in the Oil & Gas Pipelines market segment. However, differences in industry operations make the comparison within the Basic materials somewhat deceptive. Even within the Oil & Gas Pipelines segment, nearly 40% of the companies do not pay any dividends.

However, compared to only dividend-paying companies in its segment, ETP’s current yield is the fifth highest among 39 companies and 54% above the 9.1% simple average yield of only dividend payers. While ETP’s share-price decline may scare away risk-averse investors, others might see this reduction as a buying opportunity – especially with a significant dividend income that the investors can collect while waiting for the share price to bounce back.