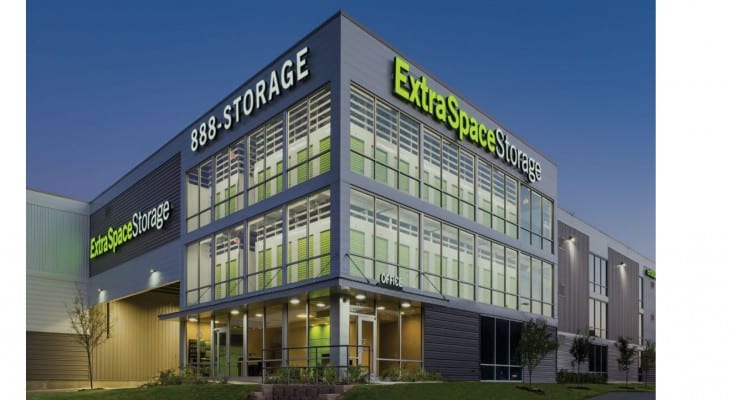 Extra Space Storage, Inc. (NYSE:EXR) currently offers its shareholders a 3.6% dividend yield and has a record of boosting its annual dividend payout amount for nearly a decade.

The company’s current yield outperformed the company’s five-year dividend yield average. Additionally, the REIT’s  dividend payout ratio has declined from an average of 105% over the past five years to the current 80% level. The lower payout ratio indicates that the company’s financials should be sufficient to support future dividend distributions and annual payout hikes. Additionally, the technical indicators suggest that the share price might have more room on the upside to grow.

Therefore, investors interested in equities with balanced total returns from asset appreciation and dividend payouts, should conduct their own due diligence and upon confirmation of this REIT’s potential consider taking a long position. The company will pay its next dividend on December 31, 2018, to all shareholders of record prior to the December 13, 2018 ex-dividend date.

Based in Salt Lake City, Utah, Extra Space Storage, Inc. operates as a self-administered and self-managed real estate investment trust (REIT). The trust acquires, develops and manages self-storage facilities. While founded in 1977, Extra Space Storage has been traded publicly as a REIT on the New York Stock Exchange since 2004. As of November 2018, Extra Space Storage owned approximately 1,600 facilities, comprising more than 1 million individual storage units and with more than 120 million square feet of rentable space in 39 states, Washington, D.C., and Puerto Rico. In addition to its own facilities, the company manages approximately 75 additional facilities, which are owned by franchisees or third parties. In terms of number of locations and available rentable space, Extra Space Storage is currently the second-largest operator of self-storage facilities in the United States. Extra Space Storage’s positive financial performance – especially in 2015 – lead to the company meeting all the necessary requirements to be selected for inclusion in the S&P 500 Index in 2016.

In addition to outperforming the company’s own five-year average, the current 3.6% yield is in close range to the 3.58% average dividend yield of all the companies in the Industrial REITs industry segment and exceeds the 3.19% simple average of the overall Financials sector by more than 11%.

Since its formation in 2004, the REIT has hiked its annual dividend payout 12 out of the 14 years, or more than 85% of the time. The only two missed annual hikes were in 2006 when the REIT paid the same $0.91 annual amount as it did in the prior year and 2009 when the total annual dividend amount declined 62% in the aftermath of the 2008 financial crisis. However, the company has enhanced its total annual dividend distribution amount more than nine-fold since the start of the current streak of consecutive annual hikes in 2010. This level of enhancement is equivalent to an average annual growth rate of nearly 28% per year over the past nine years.

However, after peaking in late June, the share price surrendered all its gains since the beginning of the trailing 12-month period and fell more than 16% by early October 2018. Following another trend reversal, the share price regained 75% of its losses and rose 14.5% to close on December 4, 2018 at $96.90. This closing price was 13.4% higher than one year earlier, nearly 25% above the February low and almost 140% higher than it was five years ago.