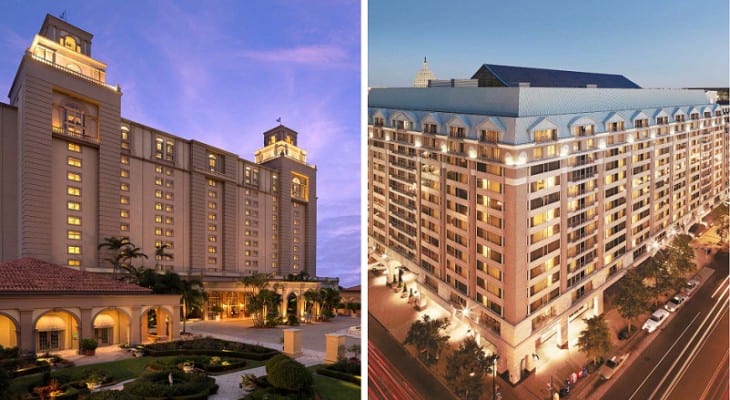 Host Hotels & Resorts, Inc. (NYSE:HST) rewarded its shareholders with a 3.8% dividend yield and – aided by a double-digit-percentage share price growth – a total return of more than 20% over the past 12 months.

The company’s share price lost more than 85% of its value over just two years during the 2008 financial crisis. However, since its trend reversal in February 2009, the share price advanced nearly six-fold, with just two significant pullbacks – one in 2011 and the other in 2014. In just over the past two years, the share price gained 40%.

Despite moderate volatility, the share price continued to advance over the past 12 month and technical indicators suggest that there might be a little more room on the upside. The company will distribute its next dividend on the company’s October 15, 2018, pay date to all its shareholders of record prior to the September 27, 2018,  ex-dividend date.

Based in Bethesda, Maryland and tracing its roots to the 1920s, Host Hotels & Resorts, Inc. is a real estate investment trust (REIT) and one of the largest owners of luxury and upscale hotels. The current legal entity came into existence in 1993 when the Marriott Corporation split into two separate and distinct companies – the Host Marriott Corporation and Marriott International, Inc. Host Marriott retained Marriott’s lodging real estate and airport/toll road concessions business, while Marriott International took over management of the lodging and contract service businesses. In January 1999, the Host Marriott Corporation started operating as a REIT and in 2002 became the only lodging REIT on the Fortune 500 list. By 2007, the company also gained inclusion in the S&P 500 Index. As of June 2018, the company owned 88 properties in the United States and six properties internationally, with a total of more than 52,400 rooms. The properties operate under established lodging brands, including Marriott, Ritz-Carlton, Westin, Sheraton, St. Regis, Le Méridien, Hyatt and Novotel, as well as under independent brands in over 50 major markets. Among the REIT’s iconic properties are the Marriott Marquis hotels in New York’s Time Square, San Diego Marina and San Francisco; the Ritz-Carlton properties in Amelia Island and Marina Del Rey, as well as the Grand Hyatt hotel in Washington D.C.

The current $0.20 quarterly dividend is equivalent to an $0.80 annualized payout and a 3.8% dividend yield. Despite its dividend growth, the current dividend yield is 12% below the 4.3% average dividend yield over the past five years because the share price advanced at a faster rate than the dividend distributions.

Additionally, the current 3.8% dividend yield is nearly 25% higher than the 3.04% average yield of the overall Financials sector, as well as 7.8% above the 3.51% simple average of all the companies in the Hotel Motel REIT industry segment. Since 2011, when the company resumed hiking its dividends again after the financial crisis, the total annual dividend amount advanced eight-fold, which corresponds to an average growth rate of 34.6% per year.