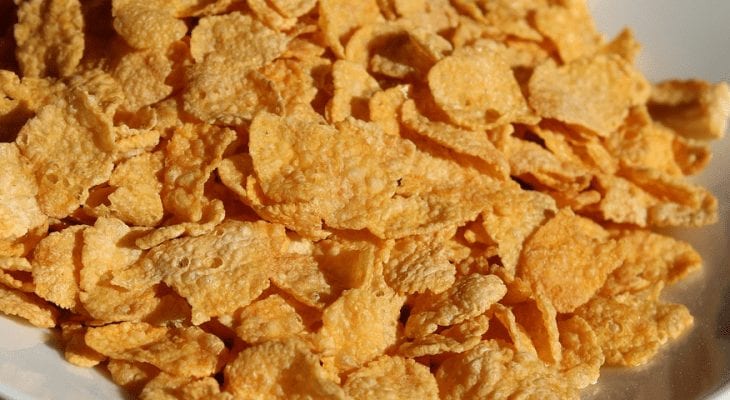 In addition to 14 consecutive annual dividend distribution hikes, the Kellogg Company has boosted its annual payout 17 times over the past two decades — 85% of the time — with no dividend cuts. Unlike the previous quarter, when the dividend income had to offset some of the share price losses over the preceding 12 months, the current share price has been rising steadily over the past 90 days and has been trading above its level from one year earlier since the beginning of August 2018. Therefore, the small asset appreciation and the moderate dividend income combined over the past 12 months for total returns of nearly 9%.

The recent trend reversal appears to put the share price back in line with the company’s long-term trend of general growth with occasional volatility. Every share price pullback during the past three decades turned out to be an opportunity for investors to buy shares at a discount and take advantage of the next price increase.

Another reason to consider taking position in the Kellogg’s stock is the company’s positive hear-term outlook and operational initiatives aimed at cost-reducing to strengthen profit margins. The largest of the current initiatives is the company’s decision to abandon its direct-store delivery (DSD) program and switch to a centralized warehouse delivery model. While the DSD program has cost and delivery speed advantages, the program yields these advantages only for supply chains with a low variety of products shipped in large volumes from a manufacturing facility directly to the store. However, Kellogg’s current portfolio comprises more than 20 brands and hundreds of product variants produced in more than two dozen manufacturing facilities just in the United States. Therefore, a centralized warehouse distribution model is operationally and financially a better fit for the company going forward.

The next ex-dividend date will occur on August 31, 2018. Approximately three weeks later — on the September 17, 2018, pay date — the Kellogg Company will distribute its next round to all shareholders of record before the ex-dividend date.

Headquartered in Battle Creek, Michigan, and founded in 1906, the Kellogg Company manufactures and markets ready-to-eat cereal and convenience foods. The company operates through U.S. Morning Foods, U.S. Snacks, U.S. Specialty, North America Other, Europe, Latin America and Asia-Pacific segments. The Kellogg Company’s main products include cookies, crackers, savory snacks, toaster pastries, cereal bars, granola bars and bites, fruit-flavored snacks and ready-to-eat cereals. The company also offers a line of frozen breakfast foods, including waffles, pancakes and French toast. In addition to the Kellogg brand, the company offers its products under the Kashi, Bear Naked, Eggo, Morningstar Farms, Keebler, Cheez-It, Pringles, Famous Amos and several other brands. In addition to 25 manufacturing facilities in the United States, the Kellogg Company operated  an additional 31 plants to support the distribution and sales of its products in approximately 180 countries around the world.