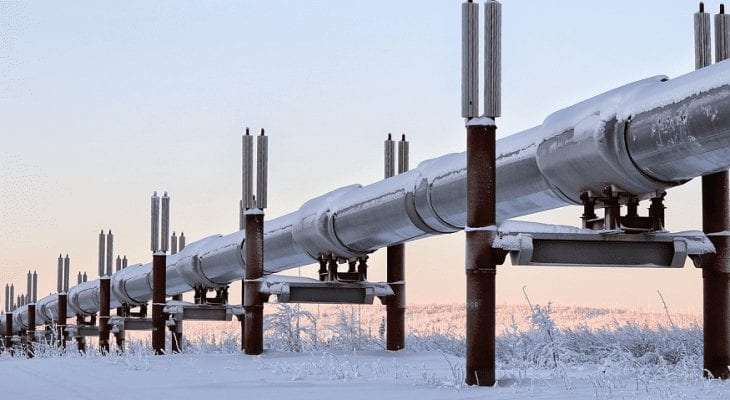 Pembina Pipeline Corporation (NYSE:PBA) is one of the Canadian monthly dividend stocks that has rewarded its shareholders with a balanced double-digit total return over the trailing one-year period.

The company’s share price has a record of growing relatively steadily over the past two decades, with just one substantial correction in 2014. With the crude oil prices rising, the company’s share price followed a similar trend. The share price more-than doubled between 2000 and mid-2014 as oil prices rose and remained above $100 per barrel. However, following a collapse of oil prices in 2014, Pembina Pipeline’s share price followed suit and lost nearly 60% of its value by January 2016. Although, since bottoming out in early 2016, the share price has risen almost 90%. Even after recovering more-than 60% of its 2014 to 2016 losses, the share price still has nearly 15% room on the upside before reaching the analysts’ current average target price of nearly $42.

Unlike the share price, Pembina’s dividend income distributions were unaffected by the oil price crash between 2014 and 2016. Except in 2011 — when the Pembina Pipeline Corporation paid the total annual dividend equal to the prior year’s annualized payout amount — the company has boosted its annual dividend every year since introducing dividends in 2010.

The company will distribute its next round of dividend payouts on the August 15, 2019, pay date to all shareholders of record before the June 24, ex-dividend date. However, monthly dividend stocks deliver frequent distributions to the benefit of investors that missed this recent ex-dividend date. Therefore, Pembina’s next ex-dividend date is just around the corner on July 25, 2019.

Like many other monthly dividend stocks, Pembina Pipelines follows a set schedule of cash dividend payouts. All investors of record as of the 25th calendar day of each month qualify for the subsequent round of dividend payouts. The only exception is the last record date of the year, which falls on December 31. If the record date falls on a weekend or a national holiday, the effective record date is the previous business day. The company’s pay dates are generally on the 15th day of the month. However, when the pay date falls on a weekend or holiday, the company will distribute dividend payments one day earlier.

Founded in 1997 and headquartered in Calgary, Canada, the Pembina Pipeline Corporation provides transportation and midstream services for the energy industry in North America. The Pembina Pipeline Corporation traces its roots to the Pembina Pipe Line, Ltd. business entity created in 1954 to transport oil from Pembina oil field to Edmonton and other locations in central Alberta. After operating as a small pipeline company and providing local services for 37 years, the company performed its first acquisition in 1991 on its way to expand to its current scope. However, while acquisitions began in 1991, it was not until the last quarter of 1997 that Pembina became a publicly-traded company on the Toronto Stock Exchange. In addition to the Toronto exchange, the company also trades on the New York Stock Exchange (NYSE).

In addition to outperforming its own average over the past few years, the company’s current yield is more than twice the 2.35% yield of the overall Basic Materials sector. Furthermore, Pembina’s yield is currently also nearly 22% above the 4.11% simple average yield of the Oil & Gas Pipeline industry segments. Since Pembina began the annual dividend hikes in 2010, the company enhanced its annual payout amount nearly 20%, which corresponds to a 2% average annual growth rate.

The company’s share price rose slightly over the first 60 days of the trailing 12-month period. However, influenced by the downward pressure of the overall market correction, the share price ended 2018 with a sharp decline. After dropping more than 21%, the share price bottomed out at $28.96 on December 24, 2018. However, after bottoming out in late December 2018, the share price reversed direction and gained more than 30% before reaching its 52-week high of $37.74 on April 22, 2019.

Following the mid-April peak, the share price retreated approximately 3% to close on June 25, 2019, at $36.59. This closing price was 6.7% higher than one year earlier, as well as 26.3% higher than the 52-week low from the end of December. Unfortunately, compared to the share price from five years ago, the current share price is 15% lower.