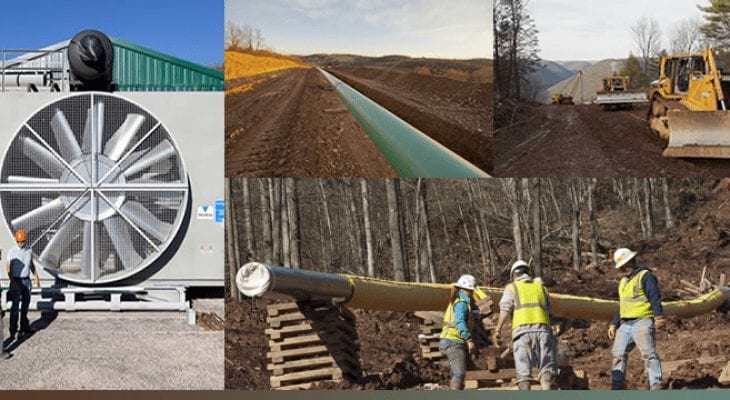 The National Fuel Gas Company (NYSE:NFG) has been paying dividends for more than a century and has rewarded shareholders with its 48th consecutive annual divdend hike.

Additionally, the company’s current 3.2% dividend yield is a double-digit percentage above the simple average yield of the overall Utilities sector. In addition to the long record of rising dividend payouts, the company’s share price rose for a decade before experiencing a drop of more than 40% in 2001 and 2002. However, while still experiencing higher volatility than it did before 2001, the share price has been recovering since July 2002 and its 50-week moving average (MA) has been rising steadily since April 2003.

The company’s share price suffered another significant pullback in early February 2018. Nevertheless, the share price resumed its recent uptrend immediately after that drop and has continued to ascend, which could be an opportunity for interested investors to take or extend their long position in this equity at the currently discounted share price.

The National Fuel Gas Company will distribute its next dividend on company’s July 13, 2018, pay date to all its shareholders of record prior to the June 28, 2018, ex-dividend date.

Based in Williamsville, New York, and founded in 1902, the National Fuel Gas Company operates as a diversified energy company through five business segments. The Exploration and Production segment’s focus is exploration, development and production of natural gas and oil reserves in California and in the Appalachian region of the United States. As of December 30, 2017, the company had proved developed and undeveloped reserves of more than 30,000 thousand barrels of oil and more than 2 million cubic feet of natural gas. The Pipeline and Storage segment provides interstate natural gas transportation and storage services through an integrated gas pipeline system extending more than 2,300 miles from Southwestern Pennsylvania to the New York-Canadian border. This segment also operates approximately 30 underground natural gas storage fields and the Empire Pipeline – a 250-mile integrated pipeline system in New York state. Additionally. the Gathering segment builds, owns and operates natural gas processing and pipeline gathering facilities in the Appalachian region. Also, the company’s Utility segment sells natural gas or provides natural gas transportation services to more than 750,000 customers in Buffalo, Niagara Falls and Jamestown, New York, as well as Erie and Sharon, Pennsylvania. Finally, the Energy Marketing segment markets natural gas to industrial, wholesale, commercial, public authority and residential customers primarily in New York and Pennsylvania.

The company started paying dividend just one year after its founding in 1902 and has rewarded its shareholders with another dividend hike for the upcoming dividend payout, which will be the  company’s 48th consecutive annual dividend hike. Over the past two decades, the company has nearly doubled its total annual dividend amount buy growing the annual payout at an average rate of 3.2% per year. With the current dividend payout ratio at 36%, the company can continue its record of dividend boosts for many years.