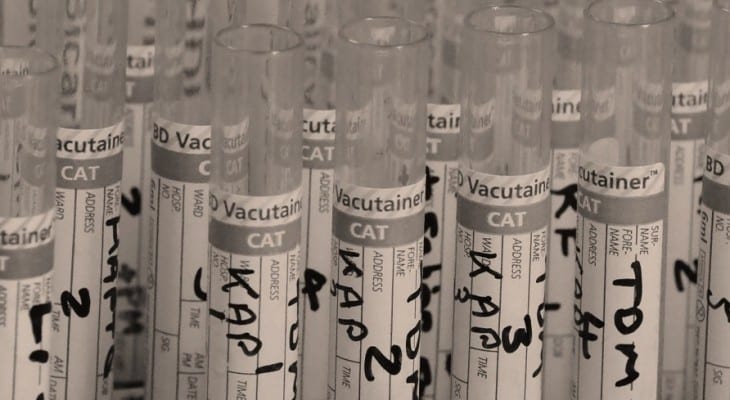 After paying a flat $0.15 dividend for the past 27 consecutive quarters, Psychemedics Corporation (NASDAQ:PMD) rewarded its shareholder with a 20% quarterly dividend boost and offers a 3.45% yield.

The company has paid the same $0.15 dividend distribution every quarter since the beginning of 2012. However, after a strong financial report that included record first-quarter revenue and 13% revenue growth versus the previous period, the company hiked its quarterly dividend payout for the first time since the fourth quarter of 2011.

In addition to the steady dividend income, the company contributed a moderate share-price increase to reward its shareholders with a double-digit-percentage total return during the past 12 months. The company will distribute its next dividend on its May 18, 2018, pay date to all its shareholders of record prior to its ex-dividend date on May 7, 2018.

Headquartered in Acton, Massachusetts, and founded in 1985, the Psychemedics Corporation provides testing products and services for the detection of drug abuse through the analysis of hair samples in the United States and internationally. The drug tests provide quantitative information of the approximate amount of drug ingested, as well as historical data, which can show a pattern of individual drug use over a longer period. The company provides screening for cocaine, marijuana, Phencyclidine (PCP), amphetamines, synthetic cannabinoids and benzodiazepines, as well as opiates. Those opiates include heroin, hydrocodone, hydromorphone, oxycodone, oxymorphone and codeine. The company offers its services to employers for applicant and employee testing, treatment professionals, law enforcement agencies, school administrators, parents concerned about their children’s drug use, Fortune 500 companies and small to mid-size corporations, as well as school and government entities.

The company hiked its quarterly dividend payout 20% from the $0.15 amount to the current $0.18. Since the company already distributed one dividend installment of $0.15 in 2018 and the new, higher dividend amount will be paid only for the last three quarters, the total annual dividend amount in 2018 will be 15% higher than the total dividends paid in 2017.

The new quarterly payout amount of $0.18 corresponds to a $0.72 annualized total dividend and currently yields 3.45%. This current yield is 1.5% higher than the company’s own average yield of 3.4% over the past five years.

The company currently has the 10th-highest yield among more than 80 major companies in the entire health care sector. Among the nine companies that have yields above Psychemedics Corporation’s current 3.45%, seven companies are drug manufacturers, which generally have dividends that are higher than sector averages. Even compared to the companies in the Drug Manufacturers market segment, Psychemedics Corporation’s current yield outperformed dividend yields of some drug manufacturing giants, such as Merck & Co., Inc. (NYSE:MRK), the Bristol-Myers Squibb Company (NYSE:BMY), Johnson & Johnson (NYSE:JNJ) and Eli Lilly & Company (NYSE:LLY).

The dividend income distribution and the share-price growth combined to offer Psychemedics Corporation’s shareholders a one-year total return on investment of more than 13%. Additionally, the long-term investors enjoyed a 31.5% total return over the past three years and a total return of 120% over the last five years.