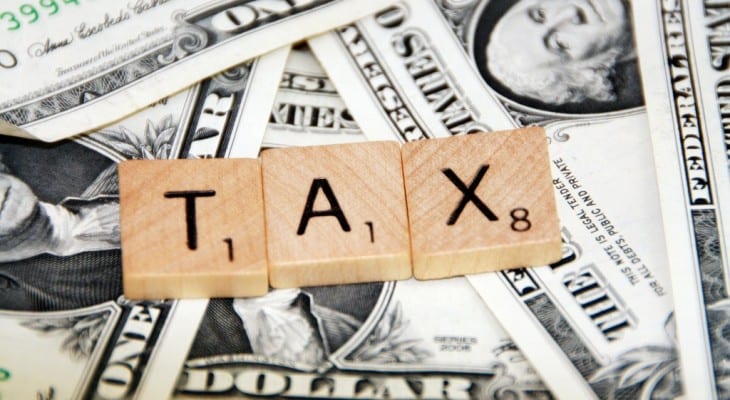 President Trump is in for the dogfight of his life if he is to retain the White House for a second term. Former Vice President Joe Biden is estimated to have a very strong chance of beating him in November, according to a forecast that was released last week.

A model run by The Economist, which is updated every day and combines state and national polls, as well as economic indicators, put Biden’s chances of winning the White House at 86% on June 19.

This is just shy of the 87% in the previous two days. However, it is the highest chance the model has given Biden so far, as polling in several key swing states show that Biden is either leading Trump or within the margin of error.

There are six key battleground states that will likely determine President Trump’s fate: Florida, Arizona, Michigan, Pennsylvania, North Carolina and Wisconsin. The margins there are tight, with Biden gaining some recent mojo.

So, what does a Biden win in November mean for investors regarding potential changes to current tax laws on income and capital gains? It means that investors will very likely be faced with some major changes about how their stock investments are treated.

Right, wrong or indifferent, investors of all income levels need to be on alert that there will likely be sweeping changes that will reduce the net income that is derived from selling stocks that have been held over a year and dividends that fall into the “qualified dividend” category.

Assuming the Democrats retain the House and possibly retake the Senate, there is almost a 100% consensus from Biden on down that capital gains will be taxed as ordinary income. Count on it. He already has made this part of his campaign platform.

BIDEN: “What I’ve talked about is how you get things done. And the way to get things done is take a look at the tax code right now. The idea [is that] we have to start rewarding work, not just wealth. I would eliminate the capital gains tax — I would raise the capital gains tax to the highest rate of 39.5%.” (Source: Daily Wire.com, Oct. 17, 2019)

Hmmm… Investors have already paid federal and state income taxes on the money that they earned from work. Then, they’re putting those after-tax dollars at risk in stocks where taxing their gains at the highest marginal rate will be the new law. This looks like double taxation on steroids.

One of Biden’s top candidates for vice president — Elizabeth Warren — has an even bolder plan. She has proposed annually taxing capital gains at the ordinary rates for the top 1% of households. What if the market drops the next year? Does this mean that investors get a refund? I don’t think so.

Warren’s wish list also includes lowering the exemption threshold from the current $5 million to $3.5 million for inherited assets, adding a wealth tax of 2% to 5% for the top 1% and eliminating the step-up in the basis for inherited assets altogether. She also plans to increase the inheritance tax rate by an unspecified amount that has yet to be determined.

Plus, the Fed, Congress, Treasury and White House seem to have collectively gone all in on deficit spending. For example, the Treasury Department announced that it intends to borrow $3 trillion during the current quarter to cover the massive cost of the federal government’s response to the coronavirus crisis.

That number only accounts for the legislation that has been passed to date, however. Thus, it will grow dramatically if the Heroes Act (or any other piece of major stimulus legislation) becomes law. This only begs the question of how the government intends to take back the stimulus at some future date.

A simple answer is that higher marginal tax rates and the elimination of preferential tax treatment for capital gains and qualified dividends. I don’t see how this scenario can be avoided. Even if President Trump is reelected, I think he will decide to raise taxes on income, capital gains, dividends and the transfer of wealth and blame the economic impact from COVID-19 to justify the tax policy changes.

His Tax Cuts and Jobs Act (TCJA), which was supposed to deliver a huge spike in tax revenues starting this year, has been effectively torpedoed by COVID-19. With annual deficits already exceeding $1 trillion and forecast to reach $1.7 trillion per year by 2030, according to the Congressional Budget Office, the ballooning debt will require more revenue from businesses and individuals, while the Fed will continue to do all it can to keep interest rates at near zero to save billions of dollars in interest payments.

At the end of the day, the stock market likely will hiccup hard on the broad changes, but will ultimately regain its footing because the economy will continue to steam ahead and capital flows into U.S. equities will remain the greatest storehouse of wealth.

However, if the election does have Joe Biden win the White House, it might prove timely to book some long-term gains in 2020 while the max rate of 20% is still around.