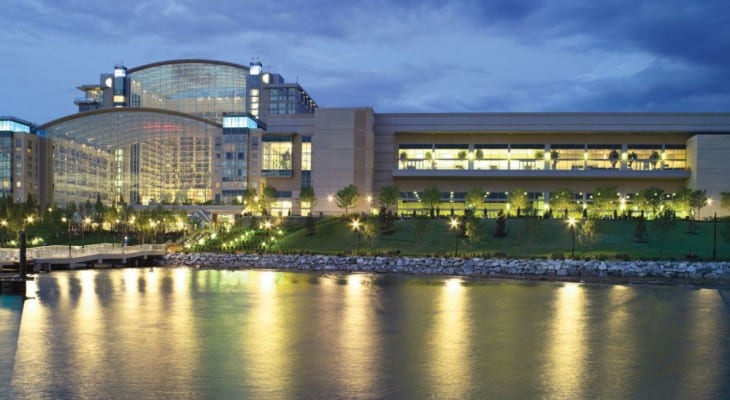 Ryman Hospitality Properties, Inc. (NYSE: RHP) has been raising its annual dividend at a double-digit-percentage growth rate over the past five years and has announced another 6.2% quarterly dividend boost for the next period.

The company will distribute its next dividend on April 16, 2018 to all its shareholders of record prior to the March 28, 2018 ex-dividend date.

Ryman Hospitality Properties, Inc. (NYSE: RHP) operates as a real estate investment trust (REIT) that specializes in group-oriented, destination hotel assets in urban and resort markets. The company’s current portfolio includes a network of four upscale, meetings-focused resorts with approximately 7,800 guest rooms. In addition to those four resorts, the REIT also owns other properties, including the Gaylord Springs Golf Links, the Wildhorse Saloon, the General Jackson Showboat, The Inn at Opryland and the Gaylord Rockies Resort and Convention Center, which is a joint venture investment scheduled to open in the fourth-quarter 2018. The REIT also owns and operates media and entertainment assets, including the Grand Ole Opry — the legendary weekly showcase of country music performers for more than 90 years.

The REIT paid quarterly dividends briefly for two years in 1998 and 1999 before pausing distribution. Regular dividend payments resumed with a single $6.84 per share payment in December 2012. As the share price was trading close to $40 at this time, the distribution yielded more than 17%. The following year, Ryman Hospitality Properties returned to paying quarterly dividends and has been paying rising dividends every year for the past five consecutive years.

RHP announced that its first quarterly payment for 2018 will boost the dividend to $0.85 per share from $0.80, which is equivalent to a 6.2% rise in the quarterly dividend amount. This new quarterly distribution amount converts to a $3.40 annualized payout and a 4.4% yield, which is less than 5% below the company’s 4.6% average yield over the past five years.

Despite being slightly lower than the five-year average because of the rising share price, the trust’s current yield is just about 120% higher than the 2% average yield of the entire Services sector and 180% above the 1.56% simple average yield of all companies in the Lodging market segment. Ryman’s current yield is, at present, the highest yield in the segment and more than twice the amount of all but one other company in the segment — Extended Stay America, Inc. (NYSE: STAY), which  has a yield in excess of 4%

Since the company resumed regular quarterly dividend distributions in 2013, the total annual dividend amount has risen at an average rate of 17.8% per year. That growth rate compounded means that the annual payout has increased 127% over the past five years.