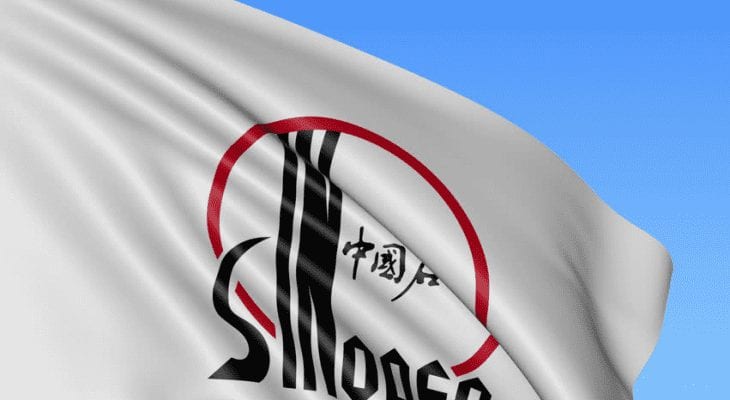 After two consecutive years of reduced annual dividends, the China Petroleum & Chemical Corporation — or Sinopec Limited (NYSE: SNP) — restored its annual dividend to above the pre-cut level in 2017.

In 2018, SNP surprised in a big way by increasing the annual distribution by 70% above the already increased level of the prior year. With this huge increase, SNP’s annual dividend has grown more than eight-fold since the company initiated distributions in 2001.

While the dividend growth of the last few years makes this equity appealing, there are a few signals that warrant some caution. Primarily, the company’s dividend payout ratio is currently above 100%. The generally accepted maximum for a sustainable payout ratio is 50%, which puts SNP’s ratio at more than twice this level. Also, interested investors should pay close attention to the price-to-earnings (P/E) ratio, which, at 12.8, is approximately 35% higher than the industry average.

Though these signals are negative, they are not yet at critical levels. So long as an investor keeps a watchful eye out for any additional negative signals, investing money in the company is still a viable option, especially if one wants to cash in on the generous bi-annual dividend payments.

Sinopec has not yet declared an ex-dividend date for its upcoming distribution, but based on its past records, a late August to early September ex-date can be expected. The payout date for the dividend should be sometime in mid-September.

Headquartered in Beijing and founded in 2000, the China Petroleum & Chemical Corporation — also referred to as Sinopec Limited — is an energy and chemical company that engages in oil, gas and chemical operations. In terms of 2017 total revenues, the company’s parent entity — China Petrochemical Corporation, or the Sinopec Group — is the world’s largest oil refining, gas and petrochemical conglomerate, as well as the third-largest company overall according to Fortune Magazine’s Global 500 list. The company operates through five business segments: Exploration and Production, Refining, Marketing and Distribution, Chemicals, and Corporate and Others.

Sinopec’s annual dividend dropped almost 18% in 2015 and then another 34.6% in 2016, resulting in a total decline of more than 46% over a two-year period. However, the company then corrected the trend by increasing the annual payout 90% in 2017, which was 2.5% higher than the total dividend paid in 2014 before the two cuts.

Sinopec advanced its total annual dividend nearly 230% over the past two consecutive years, which corresponds to an average annual growth rate of more than 80%. Even with five annual dividend cuts since 2001, the company still enhanced its total annual payout amount more than eight-fold and maintained an average annual growth rate of 12.4% over the past 18 years.

Following a brief downtrend that began in April 2017, the share price declined almost 7% at the onset of the trailing 12-months to a 52-week low of $69.82 on December 7, 2017. However, the trend then reversed and ascended more than 50% towards the 52-week peak of $105.50 on May 14, 2018. Prices have pulled back somewhat in the last few months after peaking in mid-May, and currently trade at $93.55, or 25% higher than it was one year prior and 34% above the 52-week low. The share price and dividend growth combined for total return of 32.4% over the past 12 months. Furthermore, the company achieved a total return of 40% over the past three years and a slightly higher total return of almost 47% over the past five years.