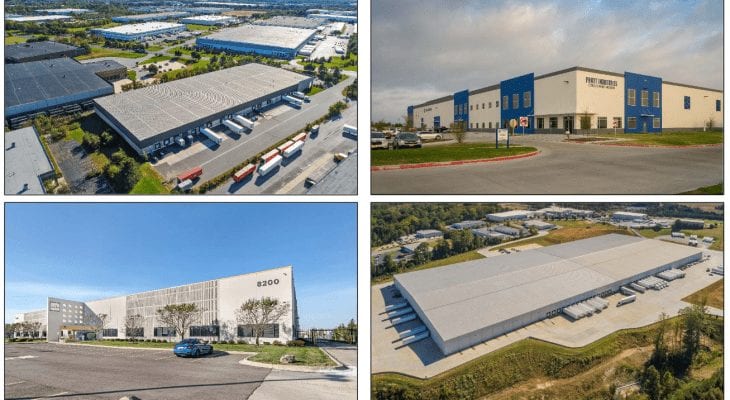 While the REIT’s current 5.3% dividend yield is slightly below the company’s five-year average, it still outperforms the average yields of STAG’s peers in the overall Financials sector and the Industrial REITs market segment.

As for the share price, it traded relatively flat in the first half of the trailing 12-month period and then lost more than 20% of its value in January 2018. Since then, STAG has recovered more than 70% of that loss and has pulled nearly even with its share price from one year ago.

Investors who agree with the current technical indicators might consider taking a position prior to the company’s next ex-dividend date of July 30, 2018, thereby ensuring eligibility for the next round of dividend distributions on the August 15, 2018 pay date.

Founded in 2010 and based in Boston, STAG Industrial, Inc. is a real estate investment trust (REIT) that acquires, owns and operates single-tenant, industrial properties throughout the United States. As of June 2018, the company owned and operated 360 buildings with a total usable commercial area of almost 70 million square feet across 37 states. The company currently leases its facilities to 312 tenants from diverse industries and sectors, with a well-staggered lease maturity schedule and a weighted average lease term of 4.7 years. In 2017, the company invested $613 million — a 24% increase over 2016 — to acquire 53 additional buildings of industrial real estate at a 7.4% weighted average capitalization rate — the rate of return on a real estate investment property based on the income that the property is expected to generate. The company has managed a tenant retention rate of approximately 70% since its IPO and has a current occupancy rate of 95.7%.

STAG’s upcoming monthly dividend payments will be just slightly than the previous amount, a 0.7% increase from $0.1175 to $0.1183. This new monthly dividend distribution amounts corresponds to a $1.42 annualized payout, which is equivalent to a 5.3% dividend yield. While this current yield is 4.4% lower than the REIT’s own average yield of 5.5% over the past five years, it is still 72% higher than the 3.06% average yield of the entire Financials sector. Additionally, the current 5.3% yield outperformed the 3.93% average yield of all the companies in the Industrial REITs segment by nearly 34%.

Since its inception in 2011, the REIT has offered its shareholders dividend hikes every year. The trust advanced its annual dividend amount 44% over the past seven years, which is equivalent to an average growth rate of 5.3% per year.