Will Trade War with China Hurt Caterpillar or Is the Current Share Price Drop A Buying Opportunity? (CAT) 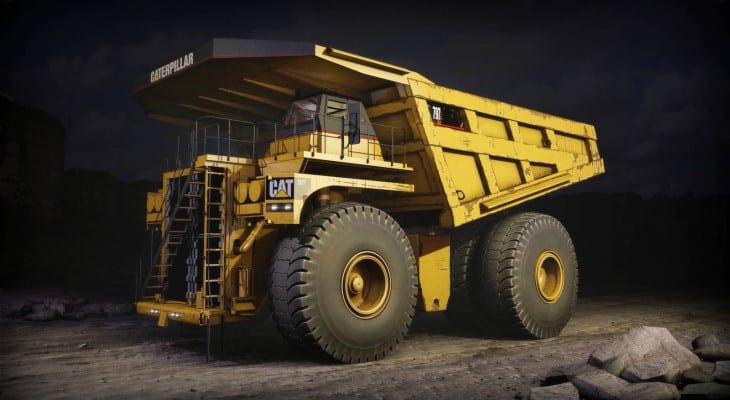 Caterpillar, Inc. (NYSE:CAT) has been paying rising annual dividends for 24 consecutive years and had nearly tripled its share price between January 2016 and the beginning of 2018.

However, the recent developments in trade relations with China and what some analysts see as an impending trade war might hurt the company’s sales in China and cause a continuing share price decline. While the company managed to deliver reliable and rising dividend income for decades, its share price lost 40% of its value between mid-2014 and the end of 2015.

Despite a 15% decline since its 52-week peak in January 2018, the company’s share price is more than 50% higher and has combined with the rising dividend distributions for a total return of more than 60% over the past 12 months.

Investors who are convinced that the trade war will not be an issue and that the company will keep boosting dividend income and achieving capital appreciation can receive the company’s next payout by investing before the next ex-dividend date to become a shareholder of record. The company has not announced its upcoming dividend date yet. But based on its past schedule, Caterpillar should make its dividend declarations by late next week and announce an ex-dividend date near April 19, with a pay date approximately one month later, around May 20, that would keep the same $0.78 quarterly distribution amount for the next quarter.

Unfortunately, the overall market selloff at the end of January and fears of a trade war resulted in a trend reversal and Caterpillar’s share price lost more than 15% by April 4, 2018, when it closed at $145.18. However, that closing price was still 56% higher than the 52-week low from April 2017 and 54% higher than it was one year earlier.

The company’s current $0.78 quarterly dividend is 1.3% higher than the $0.77 distribution from the same period last year. This current quarterly payout is equivalent to a $3.12 annualized dividend amount for 2018 and a 2.1% forward yield. While the 2.1% yield might not seem very high compared to some other sectors where top equities offer double-digit yields, Caterpillar’s current yield is significantly above average yields of its industry peers.

The combination of rising dividend income and a relatively steady asset appreciation offered the company’s shareholders a total return of 61% over the past 12 months and a 92% total return over the past three years. While tariffs and trade war fears might put downward pressure on Caterpillar’s share price in the short term, long horizon outlook appears brighter and the company should be able to continue distributing rising dividends and growing its share price over the long term.