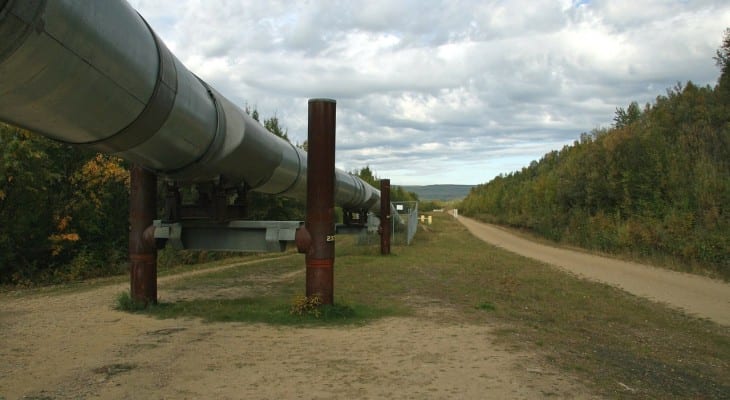 Two companies operating in the oil and gas pipelines industry have been hiking dividends for several years and currently reward their investors with dividend yields of 3.7% and 7.3%.

Over the past few years, both companies boosted their dividend payouts every quarter. In addition to the rising quarterly dividends, share price rose over the past year as well.

Additionally, 50-day moving averages (MAs) for both stocks are currently well above their respective 200-day MAs, which is a technical indication that share prices should have plenty of room to the upside, at least in the short term. Both companies have their ex-dividend dates on August 2, 2017, with pay dates following less than two weeks later in mid-August.

Antero Midstream Partners LP owns, operates and develops midstream energy assets. The company operates in two segments, Gathering & Processing and Water Handling & Treatment. The company’s assets include high and low pressure gathering pipelines and compressor stations, as well as processing and fractionation plants that collect and process natural gas, natural gas liquids and crude oil from wells in the Marcellus Shale in West Virginia and the Utica Shale in Ohio. Additionally, the company owns water handling and treatment assets, which comprise two independent fresh water delivery systems that deliver fresh water from the Ohio River and several regional waterways, as well as wastewater handling services for well completion operations. Founded in 2013 as a subsidiary of Antero Resources Corporation, the company’s headquarters are in Denver.

The company boosted its quarterly dividend distribution by 6.7% from $0.30 in the previous quarter to the current $0.32 payout, which converts to a $1.28 annual payout and a 3.7% dividend yield. The current dividend yield is 12.6% above company’s 3.3% five-year yield average.

Between 2004 and second-quarter 2013, the company increased its annual dividend every year. However, the company discontinued paying a dividend for six quarters between October 2013 and January 2015. Since resuming quarterly dividend distributions in February 2015, the company hiked its dividend for 10 consecutive quarters. Over that period, the quarterly payout rose at an average rate of 13% each quarter.

The company’s most recent dividend hike of 3.3% boosted the quarterly dividend payout from $0.4525 to $0.4675. This quarterly amount is equivalent to a $1.87 annualized payout and a 7.3% dividend yield. Since starting to pay a dividend in February 2014, the company enhanced its distribution at an average rate of 4.5% for 15 consecutive quarters.

The share price fell more than 20% between Aug. 1 and mid-December 2016 to reach its 52-week bottom of $19.70. Since the year’s low in December, the share price reversed trend and rose steadily to recover all losses and reached August 2016 levels by the end of January 2017. Over the last six months, the share price grew at a steady but slightly slower pace. The $25.65 closing price as of July 26, 2017, is almost 6% higher than it was 12 months ago.