A V-Shaped Rally Feeds off a U-Shaped Recovery 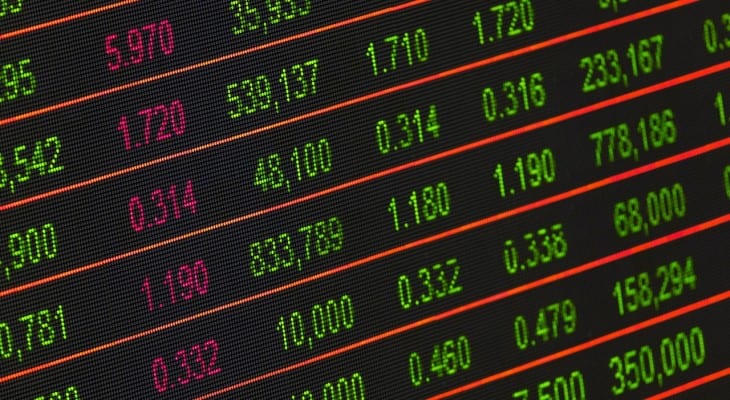 It is almost impossible for a day to go by within the financial markets without hearing about how wonderfully the V-shaped market rally is reflating portfolio valuations.

This is true if one is long in Facebook (NASDAQ:FB), Amazon (NASDAQ:AMZN), Apple (NASDAQ:AAPL) Netflix (NASDAQ:NFLX) and Google’s parent Alphabet (NASDAQ:GOOG), as well as Microsoft (NASDAQ:MSFT) — forming the FAANG and MAGA stocks — along with several not-so-mega-cap stocks. The latter stocks feature businesses in the cloud, biotechnology and health care sectors, as well as a handful of big box retailers.

Investors who are long in transportation, industrial, financial, real estate, energy, specialty retail, travel, hospitality, entertainment, consumer services and even utility stocks, are wondering when they will see a genuine recovery. With most states now pushing hard for phased-in reopenings of businesses, public parks and facilities, there is great hope that the V-shaped market rally will translate into a V-shaped economic recovery.

It is important to note that the stock market can experience a V-shaped recovery while the economy experiences a U-shaped recovery. From the late February peak to last Friday’s close, a snapshot of where the market is currently sitting is as follows: 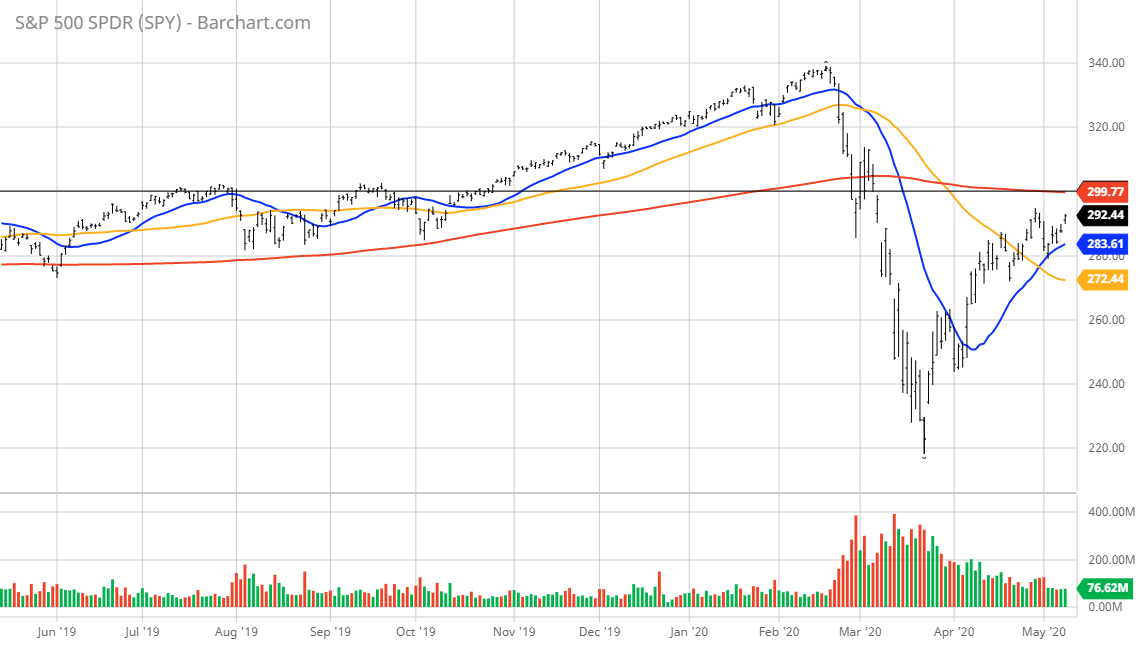 Going back three years, from May 2018 to the present, the Nasdaq is up 66.7%, the S&P is ahead by 21.7%, the Dow is up by 15.7% and the Russell 2000 is down -5.0%. During that time frame, Nasdaq investors have done well, averaging about 22% per year, with the noted leadership I cited previously doing the heavy lifting. The story is not as good for the other indexes.

If we look at prior market bottoms, we find that stocks bottom before jobless claims peak. In 2002, the period between these two events was about six weeks. In 2009, it was roughly three weeks. And gross domestic product (GDP) typically takes a full year to recover to its previous levels. Stocks also generally bottom before fundamentals. Plus, the faster markets fall, the faster markets tend to rebound. As of now, the market seems to be sensing a vigorous earnings recovery.

In a recent interview with CNBC on May 7, Fundstrat’s managing partner and head of research, Tom Lee, stated that the market is buying into the notion that companies were good at quickly adjusting to adverse conditions. Studies have shown that more than half the companies in the S&P have restored their peak earnings with less revenue.

Operating leverage is the real story that is playing out now as working out of one’s home is giving companies a real opportunity to engineer costs. And technology is the key component to this new workplace paradigm shift. Mr. Lee noted that his work has found that it is very possible that the current 26.7% tech weighting in the S&P could rise to 50% over the course of a few years.

Additionally, the median income of the jobs lost so far is about half of the household median income. So, unlike the great financial crisis where 10% unemployment marked a 16% hit to income, we could see a 26% unemployment rate this time, but also less than a 10% income hit before stimulus policies start to offset the pain.

While the Fed’s quantitative easing (QE) program has been buying $625 billion of Treasuries in a matter of weeks (an amount that exceeds what the Fed would buy over the course of eight months in prior bouts of quantitative easing), the Fed has all but eliminated the credit crisis in investment-grade and high-yield bonds by mostly jawboning.

Fed Chair Jerome Powell stated that the Fed is preparing to act on its plan to buy corporate bonds by way of The Secondary Market Corporate Credit Facility. The Fed is also buying corporate bond exchange-traded funds (ETFs) in the open market, including junk bonds. Buying corporate bond ETFs is tantamount to buying every bond the ETF holds, which will provide liquidity and artificially inflate prices.

According to recent data from Ned Davis Research, assuming a start date of Feb. 12, the recent waterfall event was the largest in history, even though its duration was only of average length. And the rally has matched the downswing: The 33.7% surge from the low on March 23 to the close on May 8 is the biggest on record.

Past waterfalls have shown that “the bigger the retracement, the less severe the retest.” The analysts wrote, “Five of the six most severe retests happened after below-average retracement rallies. Three of the four mildest retests occurred when the retracement was above average.”

The biggest question facing investors this week and further out is whether the market has come up too far, too fast? With the heart of earnings season in the books, the Federal Open Market Committee (FOMC) meeting adjourned, the federal government’s Paycheck Protection Program (PPP) checks in the mail and states reopening for business, it is only logical to ask what will be the next catalyst or catalysts to drive stocks even higher from current levels.

Tell me something that the market does not already know. Is another trillion-dollar stimulus package in the making to bail out states that were financially bankrupt coming into COVID-19? Looks like it. This smacks of moral hazard because doing so is like giving crack to a crack addict. Those who are responsible for the budgets of New York, New Jersey, Connecticut, Hawaii, Illinois, Massachusetts and now California (with a $34 billion deficit) and others took no responsible actions to balance their budgets during the best economic times, even though an obligation to do so is in their state constitutions. Bad behavior should not be rewarded.

Is a Retest Coming and Does It Matter in the Big Picture?

To retest or not to retest — that is the question. History has taught us that market bottoming is a multi-phase process. In phase one, the declines are sharp, fast and typically conclude amid extreme volatility, persistent selling and a collapse in sentiment. Sound familiar? Phase two is a retracement rally, such as the one the markets are currently experiencing. Phase three is often a retest of the earlier lows.

Regardless of the concerns that investors often register about whether markets will retest their lows, history suggests whether that action happens or not has little impact on returns over subsequent years. The average three-year market return from the initial low in the instances when that low held (1962, 1970, 1974 and 1990) was 56.5%. Surprisingly, when that initial low did not hold (1982, 1987, 2002 and 2009), the average three-year market return after the initial low was even better: 57.8%. (Source: Invesco) 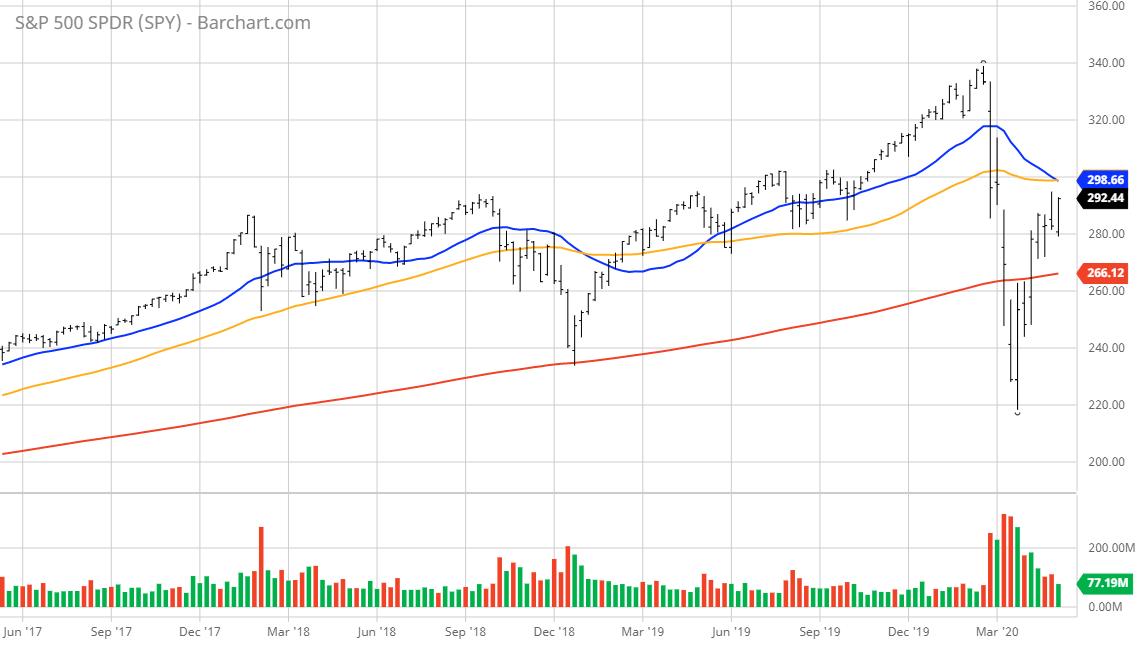 What the market does not know is if the United States is safely on the other side of COVID-19. I would say that any resurgence in the number of cases of COVID-19 from the Grand Reopening of America will quickly weigh on market sentiment and will lead to some measure of retracement of the recent gains. The three-year chart above suggests that 2,660 is good support for the S&P. This is about 9.2% lower than last Friday’s close of 2,930.

If we get that buying opportunity, bring it on. Most investors are sitting on some dry powder that they’d like to deploy at lower levels. If not, then the Fear of Missing Out (FOMO) trade will start to take over. As a result, the S&P will slice up and through technical resistance at 3,000 like a hot knife through butter. Either way, history is on our side.

P.S. You can watch me discuss 5G opportunities on the Global Financial Wealth Network on your Amazon Fire, Roku or Samsung Smart TV. Or, if you want to watch my discussion directly on your computer, phone or tablet, click here to watch now!