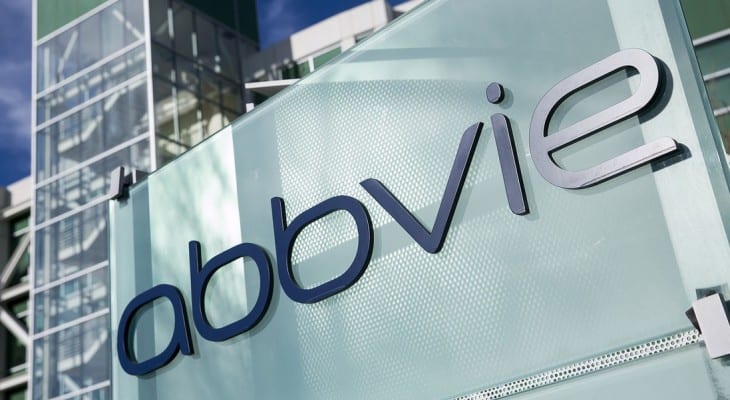 Since its divestiture from Abbot Labs in 2013, AbbVie, Inc. (NYSE:ABBV) has been rewarding its shareholders with rising dividends and steady asset appreciation.

For the current quarter, the company hiked its dividend payout by one third and offers a 3.4% yield, which is almost 40% above the average yield of its peers in the Drug Manufacturers market segment. In addition to the better-than-average yield, the company boosted its annual payout every year since 2013.

The company’s share price rose in the past 12 months and combined with the dividend income to reward shareholders with a total return of more than 75%. AbbVie will distribute its next cash dividend on the May 15, 2018, pay date to all its shareholders of record prior to the April 12, 2018, ex-dividend date.

The company’s current 3.4% yield exceeds the simple average dividend yield of the Drug Manufacturers market segment by nearly 40% and it is almost four times higher than the 0.7% average dividend yield of the entire Health Care sector. ABBV’s current yield is even 3% higher than the 3.3% average yield of only dividend-paying companies in the Drug Manufacturers segment.

The company has hiked its annual dividend every year since it started operating as an independent business entity in 2013. Over the past five years, the company raised its annual payout at an average growth rate of 19.1% per year. Because of this high growth rate, the current $3.84 annualized payout is 140% higher than the initial annual dividend payout of $1.60 in 2013.

AbbVie, Inc. is only five years old, but I consider the company as one of the Dividend Aristocrats, which are S&P 500 companies with a market capitalization exceeding $3 billion and more than 25 consecutive years of dividend hikes. Here is my reasoning. The company’s former parent – Abbot Labs – paid rising dividends for 41 consecutive years prior to the 2013 divestiture of AbbVie. In 2013, Abbot Labs lowered its total annual dividend payout to $0.56, compared to $2.01 in 2012. However, AbbVie paid a $1.66 total dividend in 2013, for a combined dividend of $2.16. This amount was higher than Abbot Labs’ 2012 distribution of $2.01. Since 2013, both continued to hike their annual dividends every year. Therefore, I consider their records of consecutive dividend hikes as continuations of Abbot Labs’ 41-year rising dividends record up to 2013.

AbbVie’s share price has been rising steadily since the company’s formation in 2013 and even accelerated its growth rate in August 2017. The share price declined 3% at the onset of the trailing 12-month period and reached its 52-week low of $63.45 on April 19, 2018. However, after bottoming out in mid-April, the share price nearly doubled before reaching its 52-week high of $123.21 on January 26, 2018.

During the market sell-off in early February, AbbVie’s share price pulled back only 11%, while many other stocks dropped twice that rate. Since that small pullback, AbbVie’s share price resumed its climb and closed on March 20, 2018, at $112.65, which is approximately 8.5% short of the January peak. However, the current closing price is 72.4% above its price from one year earlier, 77.5% higher than the 52-week low from April 2017 and 176% higher since the company became its own business entity in 2013.

AbbVie keeps rewarding its shareholders with a combination of fast rising dividend income and significant share price growth for combined total returns of 76%, 96% and 222% over the past one year, three years and five years, respectively.