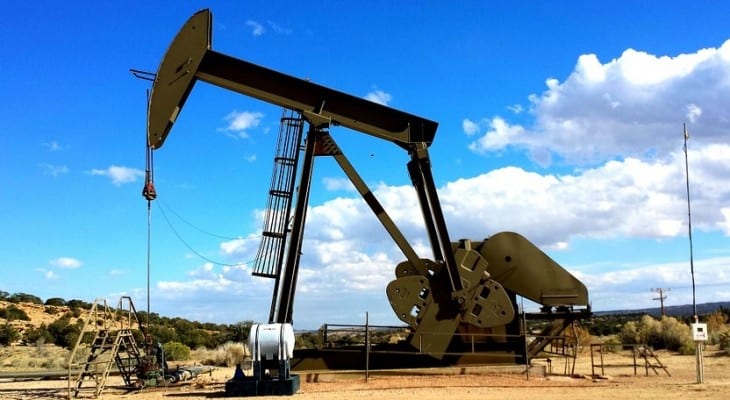 The Apache Corporation (NYSE:APA) continues to reward its shareholders with a steady dividend income distribution, which currently offers a 2.6% yield.

While the share price has declined 26% over the past 12 months, some long-term investors might view the company’s steady dividend distribution, its low dividend payout ratio and its recent oil discovery announcement as sufficient indicators that this current price drop might be a buying opportunity.

Investors convinced that the Apache Corporation’s share price will continue the current uptrend should perform their own diligence to make sure that this company’s stock fits with their portfolio strategy and take a position prior to the company’s upcoming ex-dividend date on April 20, 2018, to ensure eligibility for the next round of dividend distributions on the May 22, 2018, pay date.

Based in Houston, Texas, and founded in 1954, the Apache Corporation is an independent energy company that engages in exploration, development and production of natural gas, crude oil and natural gas liquids (NGLs). As of the end of 2017, the company had exploration assets in the United States, United Kingdom, North Sea and Egypt. The company has had drilling and extraction operations in Egypt for the past 22 years and in the North Sea for the past 15 years. On March 23, 2018, the company announced a significant oil discovery in the United Kingdom sector of the North Sea just four miles from one of company’s existing platforms. The early estimates are for recoverable reserves of 10 million barrels of light oil, which the company plans to start extracting in the first quarter of 2019. As of December 31, 2017, the company had total estimated proved reserves of more than 1.2 billion barrel of oil equivalent, including almost 600 million barrels of crude oil, more than 200 million barrels of NGLs and 2.3 trillion cubic feet of natural gas.

The company continues to distribute the same $0.25 quarterly distribution that it paid in the past 17 consecutive quarters. This quarterly payout is equivalent to a $1.00 annual distribution and currently yields 2.6%. The current yield level is almost 45% higher than the company’s own 1.8% average dividend yield over the past five years.

The company’s current yield lags approximately 18% behind the 3.18% average yield of all the companies in the Independent Oil & Gas market segment but is 5.2% above the 2.47% average yield of the entire Basic Materials sector. However, the company’s current Dividend Payout Ratio is only 29%, which is extremely low and indicates that the company should have no trouble keeping up its current dividend payout level and could even switch to a policy of rising annual dividends.