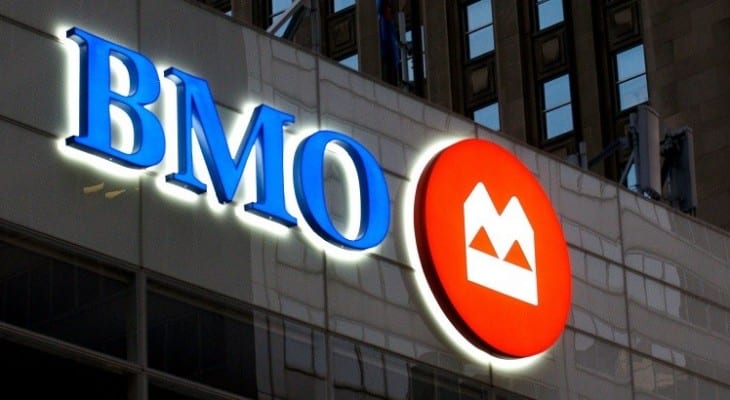 The Bank of Montreal (NYSE:BMO) boosted its quarterly dividend 2.3% versus the previous period and offers a 3.7% dividend yield, which exceeds the financial sector average by almost 15%.

In addition to the most recent dividend hike and a long-standing record of paying rising dividends, the bank enhanced its share price by a double-digit percentage over the past year. The next ex-dividend date is coming up on July 28, 2017. All shareholders of record, as of that date, will receive their dividend distribution payouts on August 28, 2017.

Description of the Bank of Montreal

Founded in 1817, the Bank of Montreal provides diversified financial services through its 1,500 branches and operates through three groups – Personal and Commercial Banking, Wealth Management and BMO Capital Markets.

The Bank of Montreal started paying dividends 188 years ago in 1829. During the most recent financial crisis that began in 2008, many banks were forced to drastically cut or eliminate dividends altogether. However, the Bank of Montreal was able to weather the crisis without dividend cuts and merely paid a flat $2.19 (CA$2.80) annual dividend from 2008 to 2011.

After four years without hikes, the bank resumed boosting its dividends in 2012. Over the last six years since then, the annualized dividend rose at an average rate of 3.7% every year. Analysis of the bank’s rising dividends over the past two decades reveals that the annual distribution grew at an average annual rate of 7.4% over that period.

Despite BMO’s long history of financially sound performance, some analysts expressed doubts about Bank of Montreal’s future success when it was announced in April that Bill Downe – the bank’s chief executive officer (CEO) of the past 10 years – will retire at the end of October 2017. However, Darryl White, the current chief operating officer (COO) and the successor named to replace Bill Downe when he retires at the end of October, stated that the company will continue its current course. In a July 5, 2017, interview with Francine Lacqua on “Bloomberg Surveillance,” Down emphasized that at least for the near future, the bank’s business strategy “will look reasonably similar to the one that we’ve seen… in the last 10 and 20 years.” Dawn also mentioned that in terms of new opportunities, he sees the fastest expansion in the United States.