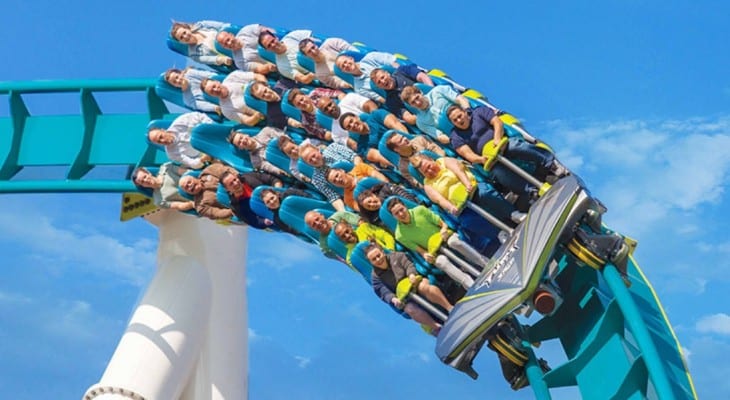 While the Cedar Fair, L.P.’s (NYSE:FUN) share price managed to recover nearly completely after a wild roller coaster ride over the past 12 months, the company continued raising dividend distribution to its shareholders, which currently yields 5.5%.

After an initial plunge of nearly 15%, the company’s share price went through several ups and downs over the past year but managed to close the trailing 12 months just 8% away from its starting price. However, the company’s dividend distribution rose for the eighth consecutive year and the current dividend yield outperforms its peers in the Entertainment segment of the Services sector.

To take advantage of the upcoming pay date on June 15, 2018, interested investors should take action prior to company’s next ex-dividend date, which will occur on June 1, 2018.

As already indicated, the company’s share price experienced a wild ride over the past 12 months with several twists and turns. The share price started to decline in June 2016 and entered the current 12-month period riding that downtrend. The 52-week high came early in the period when the share price closed at $72.10 on June 30, 2017. Over the subsequent four months, the share price bounced up and down several times but ultimately experienced an overall downtrend and reached its 52-week low of $61.64 on October 30, 2017.

Unlike the volatile share price, the company’s dividend continued its ascent with an eighth consecutive annual dividend hike. Cedar Fair’s current $0.89 quarterly dividend is 4.1% above the $0.855 quarterly distribution from the same period last year. The current quarterly payout corresponds to a $3.56 annualized amount and yields 5.5%, which is nearly 7% above the company’s own 5.1% average dividend yield over the last five years. 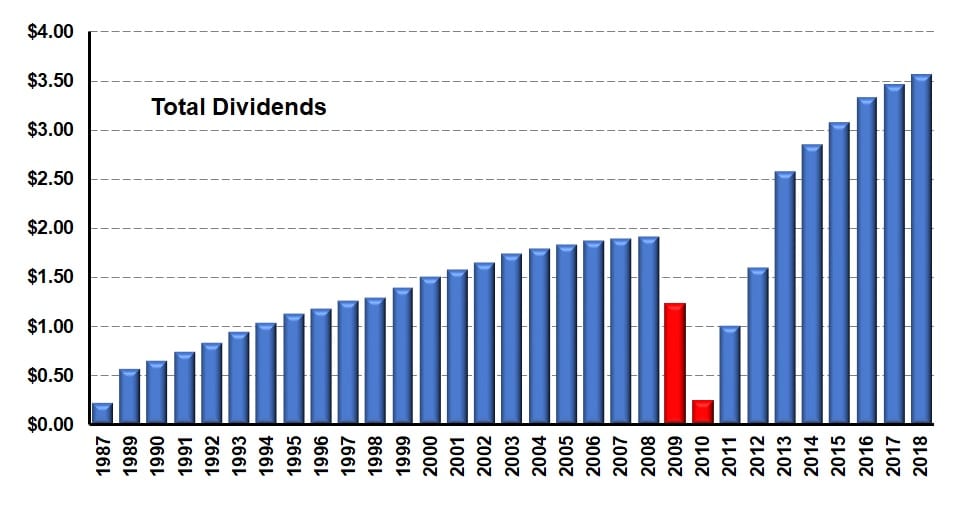 Over the past eight consecutive years since the dividend cuts in 2009 and 2010, the company advanced its annual dividend amount more than 14-fold, which corresponds to an average growth rate of nearly 40% per year. The graph above clearly shows that the aggressive growth happened in the first three years after the cuts. However, even disregarding those three years of extraordinary growth, the company’s average annual dividend growth rate over the past five years is still 6.7%.