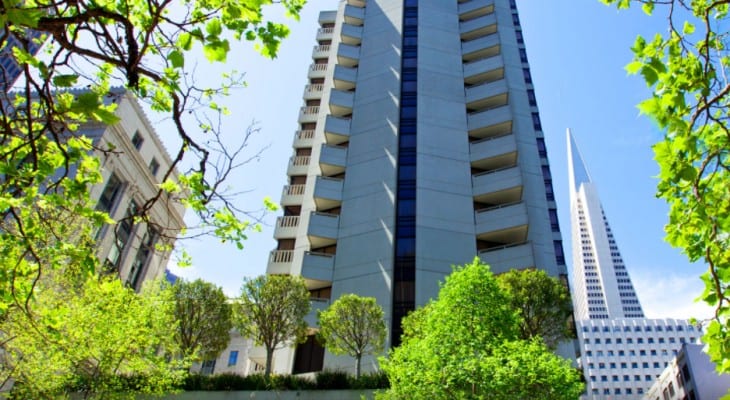 The Chesapeake Lodging Trust (NYSE:CHSP) is currently rewarding its shareholders with a dividend of nearly 6%, a rising share price and a double-digit-percentage total return on shareholders’ investment over the past year.

The company has boosted its annual dividend every year until last year, when it distributed the same annual payout that it paid in the year before. Investors interested in adding the Chesapeake Lodging Trust to their portfolio should do their research and take a position prior to the company’s next ex-dividend date on March 28, 2018, to ensure eligibility for the next distribution of dividend payouts on the company’s April 13, 2018, pay date.

Headquartered in Arlington, Virginia, the Chesapeake Lodging Trust (NYSE:CHSP) organized as a self-advised real estate investment trust (REIT) in June 2009. The company focuses its investing operations primarily on upscale hotels in major business and convention markets. Additionally, the trust also invests on a selective basis in premium select-service hotels in urban settings or unique locations in the U.S. The company’s current portfolio comprises 21 hotels with an aggregate capacity of almost 6,500 rooms in eight states and the District of Columbia. The Chesapeake Lodging Trust outsources the daily operations and management of 10 hotels to third party companies. The remaining 11 hotels operate under franchise agreements. The agreement terms are generally between five and 20 years. Under these agreements, the management companies receive a compensation as a 2% to 4% share of net operating income. The franchisees generally receive a royalty fee between 3% and 6% of room revenues and up to 3% of food and beverage revenues, plus additional fees for other franchisor costs that amount to between 1% and 5% of room revenues.

The company’s current quarterly dividend distribution of $0.40 converts to a $1.60 annual payout and a 5.9% dividend yield. However, this current yield is almost 14% above the trust’s own 5.2% average yield over the past five years.

The share price experienced a 3.2% drop between its $23.43 share price from the onset of the trailing 12-month period and its 52-week low of $22.68 on May 17, 2017. However, the share price embarked on an uptrend after the brief dip and ascended more than 27% towards its 52-week high of $28.88 by December 1, 2017. After peaking at the beginning of December 2017, the share price reversed direction again and declined 5.2% by the end of January 2018. While the decline over those two months was gradual, the share price fell 3.4% in just the first week of February, which was mostly driven by the overall market pullback on fears of inflation and rising interest rates.

The share price has been rising again and has regained nearly half of its one-week drop from the beginning of February to close on March 12, 2018, at $27.03. While this closing price is still more than 6% short of the December 2017 peak, that share price is 15.4% above its own level from one year earlier, 19.2% higher than its 52-week low from May 2017 and merely 19% above its level from five years ago. The double-digit-percentage share price growth and the company’s high-yield dividend income rewarded the trust’s shareholders with a 24.3% combined total return over the past 12 months and a 52.4% total return over the past five years.