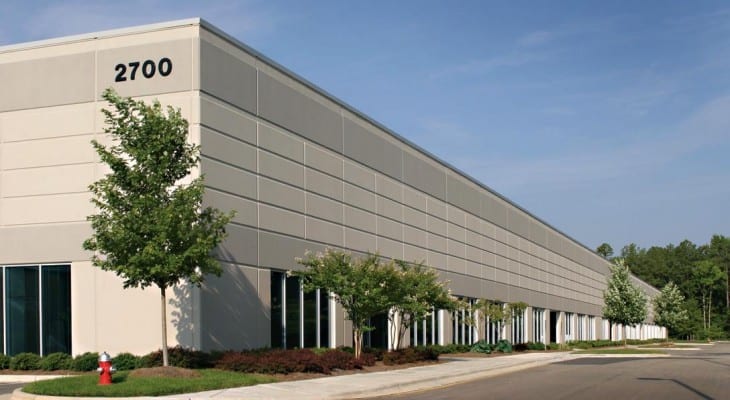 The Duke Realty Corporation (NYSE:DRE) boosted its annual dividend payout over the past four consecutive years and currently offers its share holders a 2.8% dividend yield.

The company’s share price traded mostly sideways for nearly 18 months before embarking on a five-month-long downtrend in September 2017. However, the share price has been rising since the beginning of March 2018 and the technical indicators are improving to a point where some risk averse investors might consider including this stock in their portfolio at the currently discounted rate.

Investors convinced that the share price uptrend might persist and that the company continue rising its annual dividend, should do their research and take a position prior to the company’s next ex-dividend date on May 15, 2018, to ensure eligibility for the next round of dividend distributions on the May 31, 2018, pay date.

Headquartered in Indianapolis, Indiana and founded in 1972, the Duke Realty Corporation engages in development, construction, leasing and management of commercial real estate facilities in the United States. As of April 2018, the company owned more than 100 commercial properties ranging from small office locations of few thousand square feet to industrial warehousing facilities of more than one million square feet. The facilities totaling approximately 150 million rentable square feet are spread across 20 major logistics markets mostly on the U.S. east coast and in the Midwest, with few additional facilities in Houston, Dallas, Seattle and Southern California. The company’s three largest markets – Indianapolis, Chicago and Atlanta – provide a third of the company’s total available square footage. Duke Realty has been publicly traded on the New York Stock Exchange since 1993 and became a component of the S&P 500 in July 2017.

The company’s share price rose 7% from the beginning of the current trailing 12-month period in early May 2017 before reaching its highest closing price of $31.14 on September 11, 2017. After peaking in early September, the share price reversed direction and lost 22% over the following five months before reaching its 52-week low of $24.52 on February 8, 2018. However, since bottoming out in February 2018, the share price rose nearly 15% to recover almost 70% of its losses since the September peak and close on May 7, 2018 at $28.41. This closing price was less than 6% short of the peak price from September, approximately 1% above the price level from one year earlier and 52% higher than it was five years earlier.