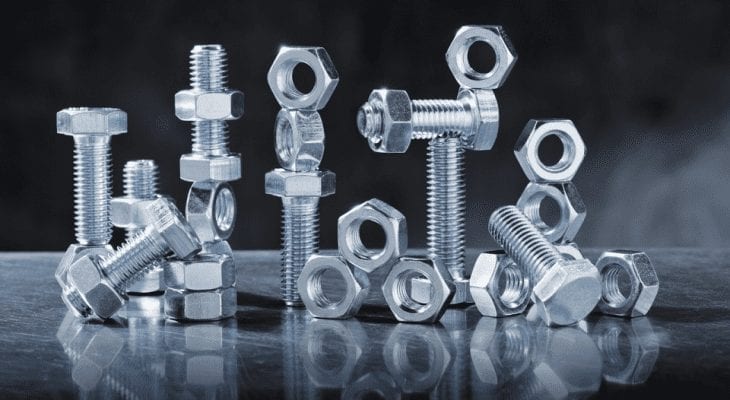 The Fastenal Company (NASDAQ:FAST) — a distributor of industrial and construction supplies — continues to reward its shareholders with a 3% dividend yield and rising dividend payouts.

Over the past two decades, the company managed to avoid dividend cuts and advanced its dividend payouts twice in 2018. The company’s current 3% dividend yield is the third-highest yield in the General Building Materials market segment, the current yield is 256% higher than the 0.82% average yield of all companies in the segment and outperforms industry average by significant margins. In addition to the steadily rising dividend payouts, the company also provides a moderate share-price growth for a combined double-digit-percentage total return over the past 12 months.

On October 10, 2018, the company reported a 13.3% revenue increase from $1.13 billion in the same period last year to the current $1.28 billion, which was marginally higher than the $1.27 billion consensus estimate. The company’s operating income of $262.30 million was an improvement of nearly 15% year-over-year. Additionally, the company saw a 38% jump in net income to $192.6 million, which corresponds to earnings per share (EPS) of $0.69 for the quarter. This EPS figure beat analysts’ estimates of $0.67. The company attributed more than 60% of the earnings increase — $0.12 per share — to the favorable provisions of the Tax Cuts and Jobs Act passed by Congress in December 2017.

While the share price experienced a pullback despite the positive results, the price has more than 10% room on the upside before it reached the analysts average price target level. The company will distribute its next dividend payouts on the November 21, 2018, pay date to all eligible shareholders prior to the October 23, 2018, ex-dividend date.

Headquartered in Winona, Minnesota and founded in 1967, the Fastenal Company engages in wholesale distribution of industrial and construction supplies in the United States, Canada and 19 other countries. The company offers fasteners such as bolts, nuts, screws, studs and related washers, as well as miscellaneous supplies and hardware, including various pins and machinery keys, concrete anchors, metal framing systems, wire ropes, strut products and rivets. As of September 30, 2018, Fastenal has more than 21,000 employees, nine manufacturing locations and 12 industrial services locations, as well as a distribution network of 1,966 branches in the U.S., 185 in Canada and 110 in the rest of the world. 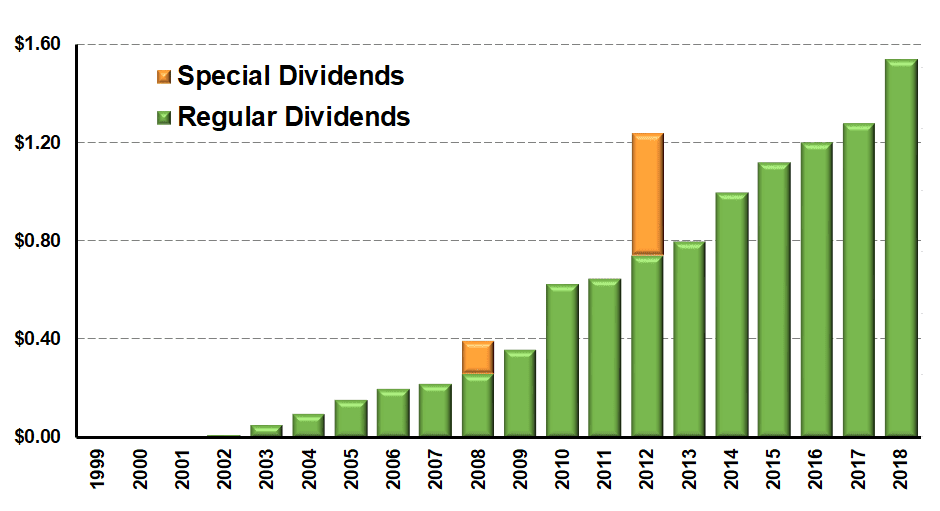 The company increased its regular dividend every year for the past two decades. Since the 2009 financial crisis, Fastenal enhanced its annual dividend payouts more than four-fold, which corresponds to an average growth rate of nearly 17% per year. Over the past 20 years of increasing dividend payouts, the company’s total annual payout advanced 40-fold, or an average of 20.3% each year.

Over the past 12 months, the company’s share-price growth and rising dividend payouts combined for a 13% total return on shareholder’s investment. Total return over the past three years exceeded 50%.