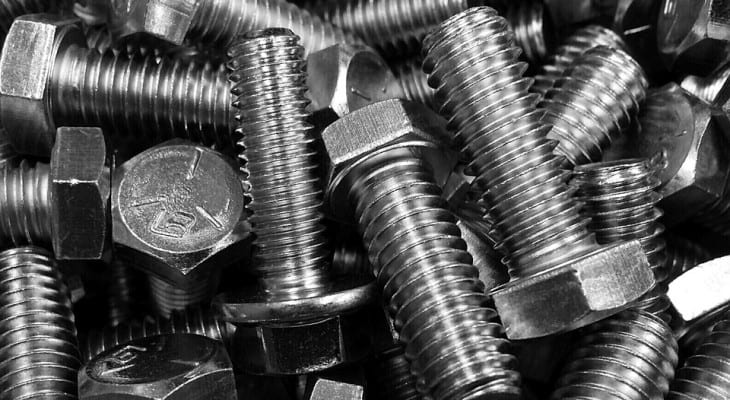 The Fastenal Company (NASDAQ: FAST) currently offers its shareholders almost a 3% dividend yield, which is the highest yield in the company’s market segment.

In addition, while Fastenal’s share price declined slightly over the past few weeks, the company managed provide a double-digit-percentage share price increase for the trailing 12 months. Many other companies have seen their share prices decline below last year’s levels with the overall market sell-offs lately.

Investors who believe that FAST’s share price could continue its rising trend may want to do some quick research and take a long position in the stock prior to the company’s approaching ex-dividend date on April 24, 2018. Doing so will ensure eligibility for the next round of dividend distributions on the May 23, 2018 pay date.

Headquartered in Winona, Minnesota and founded in 1967, the Fastenal Company engages in wholesale distribution of industrial and construction supplies in the United States, Canada and 19 other countries. The company offers fasteners such as bolts, nuts, screws, studs and related washers, as well as miscellaneous supplies and hardware, including various pins and machinery keys, concrete anchors, metal framing systems, wire ropes, strut products and rivets. As of December 31, 2017, Fastenal had more than 20,000 employees, distributed its products through a network of approximately 2,400 company-owned stores and earned almost $580 million on $4.4 billion in net sales.

Fastenal’s current quarterly dividend of $0.37 per share equates to a $1.48 per share on an annualized basis and is 15.6% above the $0.32 quarterly dividend distribution from the same period in the previous year. The yield is currently 2.9%. Since the beginning of 2015, Fastenal’s trend has been to increase its dividend in the first quarterly payment of the year, so investors may have to wait for 2019 to see if there will be another dividend hike. 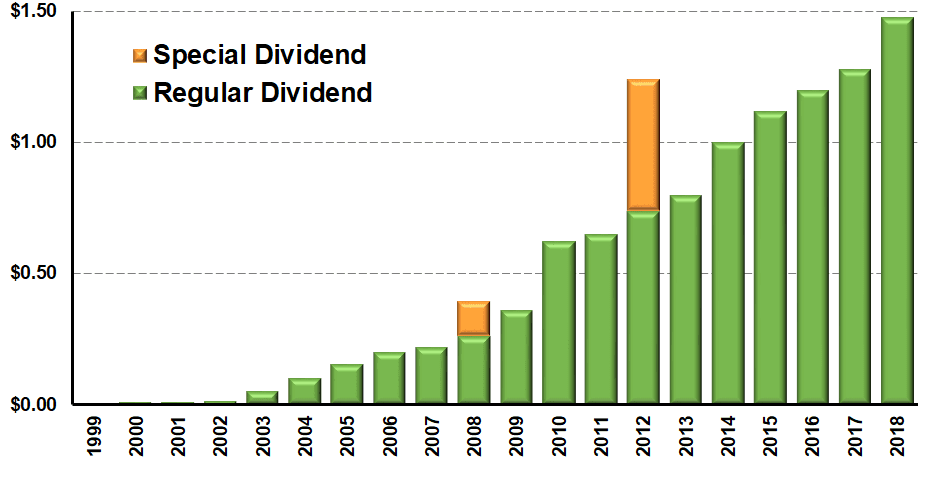 The company’s share price increase and the total dividend income distributions combined for a 16% total return on shareholder’s investment for the past 12 months. Over the past three years the total shareholder return was just about double that rate at more than 34%.