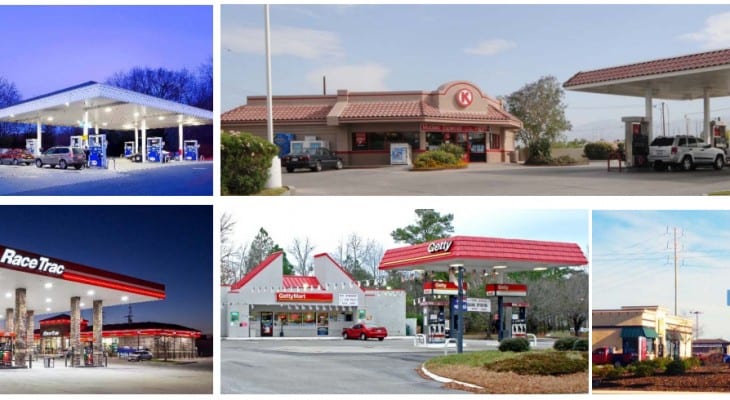 The share price declined slightly in late 2017 and continued to slide through the market sell-off in early February 2018. Since that decline, the share price started showing signs of a trend reversal in late February and early March 2018. The share price dropped, despite the company’s strong fourth quarter and year-end financial results in 2017 and growth outlook for 2018.

Barring any unforeseen developments, the current share-price pullback might be a good opportunity to take a long position at discounted prices in a stock with a good record of rising dividend income. Such a purchase also may coincide with asset appreciation in the coming year.

The company’s next ex-dividend date will be on March 21, 2018, so investors would need to buy the stock before then to receive the next dividend. Shareholders of record before the ex-dividend date would receive payment a little more than two weeks later on April 5, 2018.

The Getty Realty Corporation is a publicly traded real estate investment trust (REIT). Founded in 1955 with the ownership of one gasoline service station in New York City, the company held its initial public offering in 1971 as the Power Test Corporation. The company elected to be treated as a real estate investment trust (REIT) under federal income tax laws and changed its status as of January 1, 2001. The company’s headquarters are in Jericho, New York.

Getty specializes in the ownership, leasing and financing of gasoline station and convenience store properties. As of December 31, 2017, the Getty Realty’s property portfolio consisted of 907 properties located in 28 states across the United States and Washington, D.C. These locations operate under multiple brand names, including 76, Aloha, BP, Citgo, Conoco, Exxon, Getty, Mobil, Shell and Valero. Getty owns 828 of the total stores and leases the remaining 79 stores to third-party operators.

Nearly half of the company’s current properties are in the New York-New Jersey-Connecticut tri-state area, with New York alone accounting for nearly 30% of all locations. The typical convenience store and gasoline station property operates on a property between one-half and three quarters of an acre of land. The property leases typically have initial terms of 15 or 20 years with successive renewal terms of up to 20 years. The company’s current weighted average remaining lease term, excluding renewals, is approximately 11 years and 50% of current leases mature after 2028. Additionally, 89% of Getty Realty’s net lease portfolio is under unitary or master leases, which reduce credit exposure from individual sites.

Over the past two decades, the REIT cut its dividend only once – in 2012. Since resuming consecutive annual dividend boosts in 2013, the company has enhanced its annual payout more than five-fold by hiking its annual distribution at an average rate of more than 31% per year. In addition to the steadily growing regular dividend, the company also paid special dividends ranging from $0.05 to $0.22 in three out of the last four years.

While the company’s robust dividend income was not able to overcome the share-price decline and combined for a 1.3% total loss over the past 12 months, the three-year total return was 56%. Imagine a similar performance over the next three years and an investor might view the current price dip a buying opportunity.