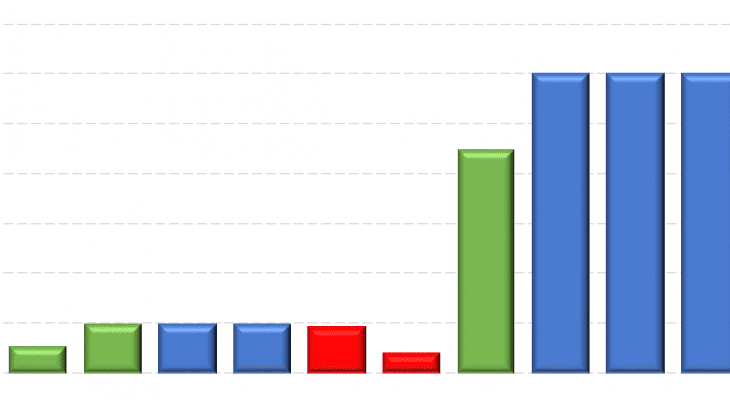 Icahn Enterprises L.P. (NASDAQ:IEP) raised its quarterly dividend 17 percent in the past quarter to boost its current yield to 12.3%, marking big contrast from no dividend hikes in the previous three years.

Aside from the dividend hike and the high yield, Icahn Enterprises rewarded its shareholders with a double-digit percentage asset appreciation to deliver a total return of nearly 25% for the past 12 months. The company will pay its first-quarter dividend on April 16 to shareholders of record prior to the company’s most recent ex-dividend date on March 9, 2018.

However, investors interested in this high-yield stock would be wise to check in late May when the company is expected to announce its next quarterly dividend pay date that likely will be set for early July, with an ex-dividend date about a month earlier.

Founded in 1987 by investor Carl Icahn and headquartered in New York, New York, Icahn Enterprises operates in investment, automotive, energy, railcar, gaming, metals, mining, food packaging, real estate and home fashion businesses. The company’s portfolio of companies and operations is broad. They include manufacturing and distribution of components and systems for various industrial markets, refining and marketing of transportation fuels and manufacturing of nitrogen fertilizers. The company’s other business segments manufacture railcars, produce and sell iron ore products, manufacture and distribute home fashion consumer products, as well as produce and sell cellulosic, fibrous and plastic casings for the processed meat and poultry industry. Icahn Enterprises also owns and operates eight casinos with 5,800 hotel rooms and its real estate segment is involved in the rental of commercial real estate properties, construction and sale of single-family and multi-family homes, along with operating golf courses. Tropicana Entertainment, AAMCO Transmissions and PEP Boys are just a few of the best-known brands in the company’s portfolio.

After paying a $1.50 quarterly dividend amount for 16 consecutive periods, the company hiked its quarterly payout 16.7% to the current $1.75 distribution. This current quarterly amount is equivalent to a $7.00 annualized payout and currently yields 12.3%, which is almost 42% higher than the company’s own 8.7% average yield for the past five years. 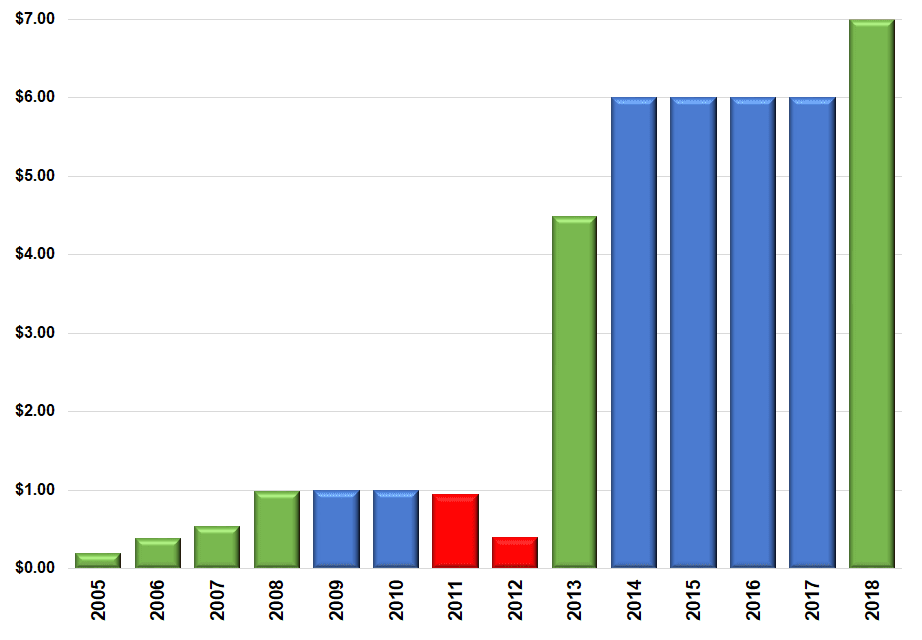 The company’s current 12.3% yield, aside from exceeding its own average for the past five years, is significantly higher than industry averages. Compared to the 3.78% average yield of the entire Financials sector, Icahn Enterprises’ current yield is 226% higher. The company’s yield also exceeds the 3.33% simple average yield of the Property Management market segment by more than 270%. Even when only including companies that distribute dividends, the average yield in the sector is just 6.15%, which is less than half of Icahn Enterprises’ current 12.3% yield.

At the onset of the current trailing 12-month period, the company’s share price dipped almost 7% and reached its 52-week low of $47.70 by the last day of May 2017. However, the share price reversed direction and has been trending upward since the beginning of June 2017. While the share price did experience some volatility and a few dips of more than 5% – including a 6.4% drop during the market selloff in the first week of February 2018 – the share price’s general trend remained upward.

Additionally, after falling below the 200-day moving average (MA) in April 2017, the share price’s 50-day MA has been back above the 200-day MA since early October 2017 and continues to rise. While other factors certainly influence the direction of the company’s share price, the current moving average pattern is a positive general indication that the stock could continue rising. However, the company’s share price dropped below its 50-day moving average on March 23, 2018. The share price remained below that level at the market’s close on March 28. But if the share price crosses above its 50-day MA and stays there for a couple of weeks, it would be an indicator for the climb to continue.