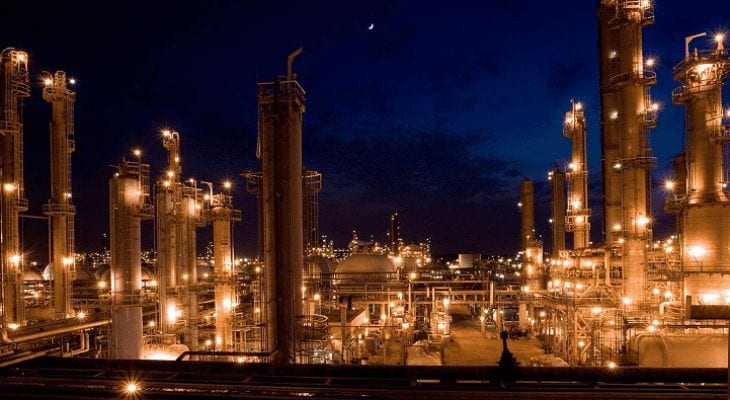 After completing a business restructuring in 2010, LyondellBasell Industries N.V. (NYSE: LYB) has seen impressive long-term growth in both its dividend payouts and its share price. LYB restarted dividend distributions in 2011 and has boosted its annual dividend every year for the past seven years. Also, it has nearly tripled its share price over the same time frame.

In addition to solid long-term returns, short-term returns have also been strong. The performance over the last year includes a 10% boost in the annual dividend and asset appreciation of more than 25%.

With a seven-year track record of increasing payments already behind it, LYB is well positioned for additional growth in the future. The current dividend payout ratio of 26%, almost 31% lower than the payout ratio over the past five years, shows that current distributions and future increases are built on a solid foundation. Meanwhile, technical indicators suggest that the share price might have more upside potential as well as the end of the third quarter nears.

Investors interested in potential further growth in both areas – dividends and share price – may want to take a position before the company’s next ex-dividend date. LyondellBasell has yet not announced the next distribution period yet, but based on past distributions, it should do so within the next week. Expectations of another $1.00 quarterly distribution amount, an ex-dividend date in the first few days of September and a pay date in mid-September 2018 are reasonable.

Incorporated in the Netherlands, and with operational headquarters based in London and Houston, Texas, LyondellBasell Industries N.V. is one of the largest plastics, chemicals and refining companies in the world. While officially founded in its current iteration in 2005, the company traces its roots to the early 1950s and the two scientists — Karl Ziegler and Giulio Natta — who discovered some of the basic polymers that comprise the core of LyondellBasell’s current chemical production. For their discoveries in polyolefin technology and catalysts, Ziegler and Natta jointly received the Nobel Prize for Chemistry in 1963.

LyondellBasell develops products and solutions in four key areas — Chemicals, Polymers, Fuels and Technologies. The company is a leading producer of basic chemicals for the chemical industry, and these chemicals contribute to the production of fuels, automotive fluids, furniture, coatings, adhesives and cleaners, as well as cosmetics and personal care products. Additionally, the company is one of the world’s largest producers of plastic resins, such as polypropylene and polyethylene, which are raw materials used in production of automobile parts, renewable energy technologies, packaging, piping and textiles. LYB operates one of the largest refineries in the United States and has 55 manufacturing facilities around the world that support distribution of its products to more than 100 countries.

The current $1.00 quarterly payout is 11% above the $0.90 distribution in the same period last year and corresponds to a $4.00 annual dividend amount. Since 2011, the company has enhanced its total annual dividend more than six-fold, which converts to the average compounded growth rate of almost 30% per year.