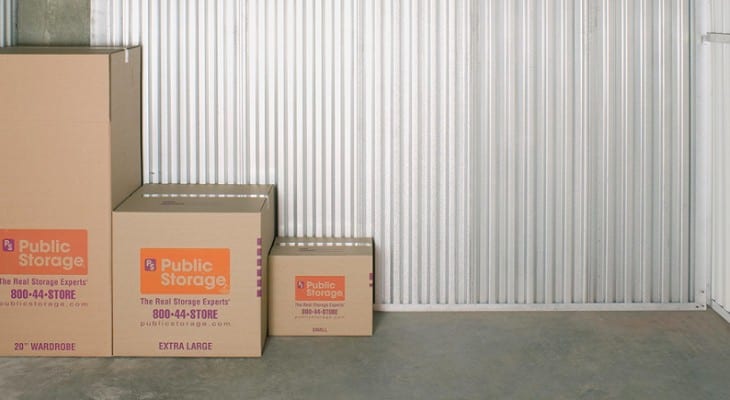 Public Storage (NYSE: PSA) is closing in on nearly a decade of consecutive annual dividend boosts.

PSA originally began paying dividends in 2007, but several years of the company trying to figure out its dividend policy meant that it wasn’t until 2010 that annual payouts began rising consistently. Since 2009, PSA has grown its annual dividend over 260%.

In addition to eight consecutive annual dividend boosts, the company also hiked its annual dividend 11 times in the past 13 years. Furthermore, after declining more than 30% from its March 2016 all-time high, the share price reversed direction and has ben rising steadily since its 52-week low in early February 2018

Those wishing to tap into the company’s growing dividend stream may wish to purchase shares by the upcoming ex-dividend date of Sept. 11. All shareholders of record by that date will receive the next quarterly distribution on September 27, 2018.

Headquartered in Glendale, California and founded in 1972, Public Storage (NYSE: PSA) is one of the largest providers of self-storage facilities available to the general public. As of June 2018, PSA had 2,400 facilities and 160 million square feet of leasable space in 38 U.S. states. In 2006, Public Storage gained a foothold in Europe through its acquisition of Shurgard Self-Storage, which currently operates almost 230 facilities with more than 12 million square feet of rentable space across seven countries in Western Europe.

Public Storage is currently investing nearly $700 million into expanding its footprint. Several facilities with a total space of 2.2 million square feet are already under construction, and the company is planning additional facilities amounting to nearly 4 million square feet of additional space. Another unexpected source of revenue can be found in PSA’s “side business,” in which it leases space to communications companies for the installation of cell towers. Public Storage currently has leases with all major telecommunications companies, including AT&T, Verizon, Sprint/Nextel, American Tower, T-Mobile, Metro PCS, Cox Communications, Anthem Telecom and more.

Public Storage began a downtrend in March 2016 that lasted for almost the next two years. By the time of the downtrend’s low in February 2018, the stock had fallen about 35%, with about 13% of that decline being in the trailing 12-months. However, since February, PSA has recovered a good portion of its losses in a much smaller amount of time. The share price advanced nearly 30% to a 52-week high of $232.71 before pulling back 7% to close on September 5, 2018 at $215.70. This closing price was almost 4% higher than one year earlier, nearly 20% above the February 2018 low and nearly 40% higher than it was five years ago.

The company currently distributes a $2.00 per share dividend every quarter for an annualized payout of $8.00, or a 3.7% dividend yield at current prices. Counting this distribution, PSA has paid a $2 quarterly dividend for the past eight periods, so it needs to hike its dividend for the December distribution or end the long series of annual hikes. The current yield is 12.4% higher than the company’s own 3.3% average yield over the past five years and is marginally  below the 3.83% average yield of all the companies in the Industrial REIT industry segment. However, it is 26% above the 2.95% simple average yield of the entire Financials sector.

The ongoing series of consecutive annual dividend boosts combined with the recent share price ascent over the last six months to reward the company’s shareholders with a total one-year return of 7.4%. Longer-term investors enjoyed total returns of 18.3% and 63.5% over the past three and five years, respectively.

Dividend boosts and dividend cuts, new dividend announcements, dividend suspensions and other dividend changes occur daily. To make sure you don’t miss any important announcements, sign up for our E-mail Alerts. Let us do the hard work of gathering the data and sending the relevant information directly to your inbox.