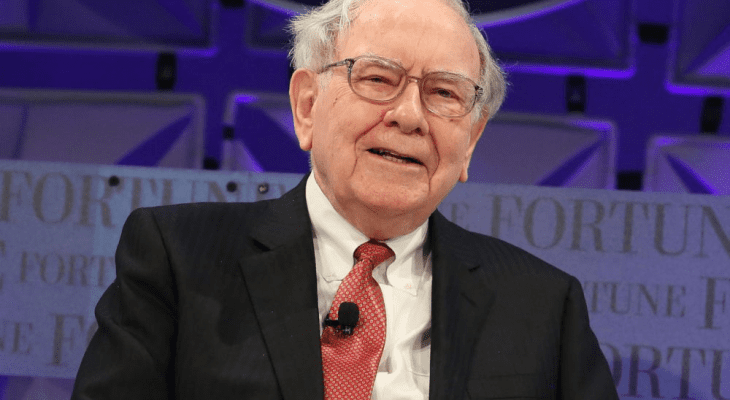 Berkshire Hathaway’s most recent — and only — dividend distribution under Warren Buffett’s leadership occurred in 1967. While Berkshire Hathaway (NYSE:BRK-A, NYSE:BRK-B) no longer distributes dividends, income investors can still take advantage of the company’s portfolio and collect a significant dividend income by investing in some, or all of the high dividend stocks that are owned by Warren Buffett.

Currently, the Berkshire Hathaway portfolio comprises 47 companies with a combined total market value of more than $220 billion. Of the entire portfolio, 33 companies, or more than 70%, offer some kind of dividend distribution. While the lowest yield is only 0.48% — Mastercard, Inc. (NYSE:MA), the top yield is nearly 6%.

Additionally, the top 10 holdings by their current dividend yield have been delivering dividend distributions to their shareholders for a period that ranges from four to 192 years, for an average of nearly seven decades. Furthermore, these 10 companies have an average streak of nearly seven consecutive annual dividend hikes.

The list below focuses solely on the dividend yield of Berkshire Hathaway’s holdings. If the criterion that the company had to deliver positive total returns over the trailing 12 months was included the requirement, two of the top three companies would have to be excluded. The company with the third highest yield, Wells Fargo, delivered a total loss of nearly 1% over the trailing 12 months even though it delivered a total return of nearly 20% over the last three years. However, the company with the highest current yield suffered a steep share price decline over the past two years and delivered double-digit percentage losses to its shareholders.

Over the trailing 12 months, the company has delivered total a total return of more than 10%. Furthermore, over the past three and five years, JPMorgan Chase rewarded its shareholders with total returns of 81% and 118%, respectively.

US Bancorp hiked its quarterly dividend payout from $0.37 to $0.42 for its most recent distribution in October. This new quarterly amount corresponds to a $1.68 annualized distribution and a 3.14% forward dividend yield.

The company’s current annualized dividend of $4.60 corresponds to a 3.28% yield, which, when combined with the stock’s asset appreciation, produced a total return of nearly 10% over the past year. Long-term total returns were even better at 66% and 90% over the last three and five years, respectively.

Since beginning its current streak in 2002, UPS has raised its annual dividend payout from $0.74 to $3.84. This current annual payout is equivalent to a 3.31% forward dividend yield, which is also higher than the company’s own 2.95% average yield over the past five years.

Phillips 66 has boosted its annual payout every year since beginning dividend distributions in 2012. Since then, the company has enhanced its annual distribution amount four-fold. This level of advancement corresponds to an average growth year of nearly 22% per year.

The STORE Capital Corporation has delivered one of the best balances between rising dividend payouts and asset appreciation. Since its formation in 2014, the company has enhanced its annual dividend payout nearly 60%, which is equivalent to an average growth rate of more than 12%. The current $1.40 annualized dividend amount yields 3.72%.

Robust capital gains drove the company’s total return of more than 40% just over the last year. Over a three-year period, total gains have exceeded 50%. Additionally, long-term shareholders have more than doubled their investment since 2014 as STORE has produced a total return of nearly 120%.

With its 15th consecutive annual dividend hike this month, Verizon has raised its quarterly dividend payout from $0.603 to $0.615, which corresponds to a $2.46 annualized distribution and a 4.1% dividend yield.

Despite an increased share price volatility, Verizon has managed to combine its capital gains with the rising dividend distributions for a total return of nearly 17% over the trailing 12 months. Long-term total returns have exceeded 34% over the last three years and were more than 46% over the past five years.

For its quarterly dividend payout in August 2019, Wells Fargo raised its dividend payout more than 13% from $0.45 in the previous period to the current $0.51 payout. The $2.04 annualized distribution corresponds to a 4.15% dividend yield, which is more than 30% above the company’s own 3.14% five-year yield average.

The share price has declined over the trailing 12 months and offset all dividend income gains to deliver a total loss of nearly 1% over a one-year period. However, the stock has delivered a total return of nearly 20% over the last three years.

After emerging from a government bailout in 2014, GM boosted its annual dividend twice. However, it has not increased its annual payout over the past four years. The flat $1.52 annual dividend corresponds to a 4.27% yield, which is in line with the company’s five-year average.

GM’s very low dividend payout ratio of only 24% indicates that the company has ample earnings to cover its current dividend payouts and even possibly support potential hikes in the future. The total returns were 15% over the trailing one-year period, as well as 26% and 42% over the last three and five years, respectively.

KHC’s share price advanced slightly after the current company emerged as a new business entity from the Kraft and Heinz merger in 2016. However, the share price has been declining steadily since early 2017. The share price decline raised the dividend yield to 5.1%, which is nearly 60% higher than the company’s own 3.71% average yield over the last five years.

While beneficial for the rising yield, the share price decline also delivered a 46% total loss over the last three years and 61% over the last three years. While some investors might see this very high yield and share price pullback as a long-term buying opportunity, Berkshire Hathaway offers nearly two dozen additional dividend-paying equities with above-average dividend yields and double-digit percentage total returns over the trailing 12-month period.