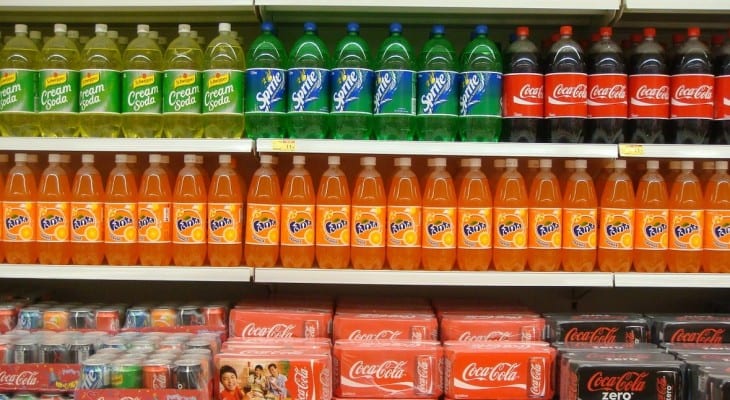 One beverage giant just declared a 7% dividend hike and the other company’s offers a 5.7% annualized dividend yield boost.

The Coca Cola Company and Pepsico, Inc. started their fight for world cola supremacy more than a century ago. While the lead in that competition has gone back-and-forth between the two beverage giants, the true winners have been investors looking for reliable, rising-dividend income and steady asset appreciation.

Both companies have been paying rising dividends for approximately half a century and growing shareholder value for much longer than that. While dividend yields of 2.9% and 3.4% are slightly higher than the overall market, those yields are almost 60% and 90% above the 1.82% average yield for the consumer goods sector.

There is plenty of time to get in on this opportunity, as ex-dividend dates for these two equities are at the end of May and beginning of June.

Pepsico, Inc. operates as a food and beverage company worldwide. The company’s beverage segment offers beverage concentrates, fountain syrups, ready-to-drink tea and coffee, juices, bottled water and dairy products under multiple global brands, as well as regional brands. In addition to its original beverage business, PepsiCo has been expanding its food business since the 1960s and in 2015 generated more than 50% of its global revenue from the food and snack business segment. PepsiCo’s lineup includes some of the most prominent food and snack brands, such as Lay’s, Ruffles, Cheetos, Doritos, Quaker, Aunt Jemima, Rice-A-Roni and Cap’n Crunch.

The company hiked its quarterly dividend 7% from $0.7525 to $0.805 per share, which brings the annual dividend payout to $3.22 and a 2.9% yield. Pepsico started paying a dividend in 1952 and has raised its annual payout consecutively for the past 45 years. Over the past two decades, its annual dividend grew at an average rate of 4.1% a year.

However, there is very little indication that Pepsico’s share price is likely to encounter a major long-term decline. Any potential near-term price drop will most likely be just an opportunity to take a long position in the stock at a discount.

After boosting its quarterly payout 5.7% at the beginning of the year, the company continues following the pattern of paying the same dividend amount for the remaining three quarters. The current quarterly distribution of $0.37 per share converts to a $1.48 annual payout and a 3.4% yield, which is 17.8% higher than the 2.9% five-year average yield.

The Coca-Cola Company has been paying a dividend for more than 120 years and boosting its annual payout for the past 54 consecutive years. Over the last 20 years, the annual distribution amount compounded at an average annual rate of 3.1%.

The share price experienced a 12.6% drop between May and December 2016, before reversing its course and starting to rise again. Since the December 52-week low, the share price regained 8.6% but is still about 5.6% short of the June 2016 price peak.

The 50-day MA is trending below the 200-day MA since mid-September 2016. However, the 50-day MA has been trending up since late January 2017 and has just broken above the 200-day MA on April 27, 2017. This technical indicator could be a sign that the share price is due for an uptrend – at least in the short term.

The potential share price rise and the upcoming dividend payout yielding 3.4% are good reasons to consider adding KO to your portfolio.

Dividend increases, dividend decreases, new dividend announcements, dividend suspensions and other dividend changes occur daily. To make sure you don’t miss any important announcements, sign up for our E-mail Alerts. Let us do the hard work of gathering the data and sending the relevant information directly to your inbox. In addition to E-mail Alerts, you will have access to our powerful dividend research tools. Take a quick video tour of the tools suite.