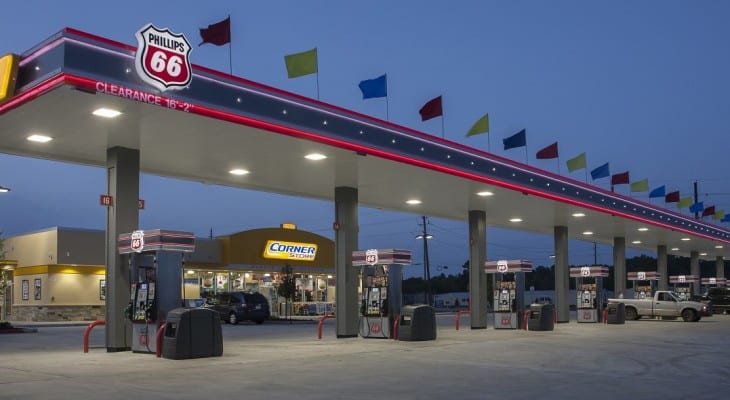 Two energy sector companies have rewarded their shareholders with rising dividends for several years and currently pay yields of more than 3.3%, which are 35%-70% higher than the straight average sector yields.

Ex-dividend dates for both companies are on August 16, 2017, with September pay dates. The table below provides further details.

Currently headquartered in Charlotte, North Carolina, the Duke Energy Corporation, operates as an energy company through three segments: Electric Utilities and Infrastructure, Gas Utilities and Infrastructure, and Commercial Renewables. The Electric Utilities and Infrastructure segment uses coal, hydroelectric, natural gas, oil, renewable resources and nuclear power to generate electricity and distributes the electricity in the Carolinas, Florida and the U.S. Midwest. This segment owns approximately 50,000 megawatts (MW) of generation capacity and serves around 7.5 million retail electric customers in six states. The Gas Utilities and Infrastructure segment owns various pipeline transmission and natural gas storage facilities for distribution of natural gas to nearly 1.5 million of its customers in the U.S. Southeast. Finally, the Commercial Renewables segment builds, develops and operates wind and solar renewable generation projects. This segment has 21 wind farms and 63 commercial solar farms with a capacity of 2,900 MW across 14 states. Formerly known as Duke Energy Holding Corp., the company changed its name to Duke Energy Corporation in April 2005.

The company boosted its quarterly dividend 4.1% from $0.855 in the previous quarter to the current $0.89 amount. This quarterly distribution is equivalent to a $3.56 annual payout and a 4.2% yield. While the company has a 91-year record of paying dividends, it has paid a rising dividend for the past 10 years. Over that period, Duke Energy hiked its annual dividend distribution at an average rate of 3.5% per year.

Headquartered in Houston, Phillips 66 operates as a diversified energy manufacturing and logistics company. The company processes, transports, stores and markets fuels and products globally through four segments: Midstream, Chemicals, Refining, and Marketing and Specialties (M&S). The Midstream business segment focuses on processing, transport and marketing of natural gas and natural gas liquids in the United States. As of December 31, 2016, the Refining segment used 13 refineries primarily in the United States and Europe to refine crude oil petroleum products such as gasolines, distillates and aviation fuels. The Chemicals segment manufactures and markets various specialty chemical products, including organosulfur chemicals, solvents, catalysts, drilling chemicals and mining chemicals. Lastly, the M&S segment markets refined petroleum products, manufactures and sells specialty products, such as waxes, solvents and polypropylene, as well as generates electricity and distributes it in the Texas market. The company’s origins go back to the foundation of Continental Oil and Transportation Company in 1875. However, Philips 66 began trading on the New York Stock Exchange as a standalone company in May 2012, following a separation of its assets from the ConocoPhillips company.

The current quarterly dividend of $0.70 converts to a $2.80 annual distribution and a 3.3% dividend yield. This current yield is 32% above the company’s 2.5% average yield over the past five years. Phillips 66 paid a rising annual dividend every year since its founding in 2012. Over the last five years, the annual dividend payout almost tripled because of a 22.9% average growth rate every year.

The share price grew nearly 13% between early August and the 52-week price peak in mid-December 2016. After the December peak, the share price reversed trend and fell 15% to reach its 52-week low in mid-April 2017. Since the April price bottom, the price has been rising steadily with just one significant dip in late May 2017. The $86.67 closing price as of August 2, 2017, is just 2.5% short of the December 2016 peak. The current price is 10% above last August’s share price.