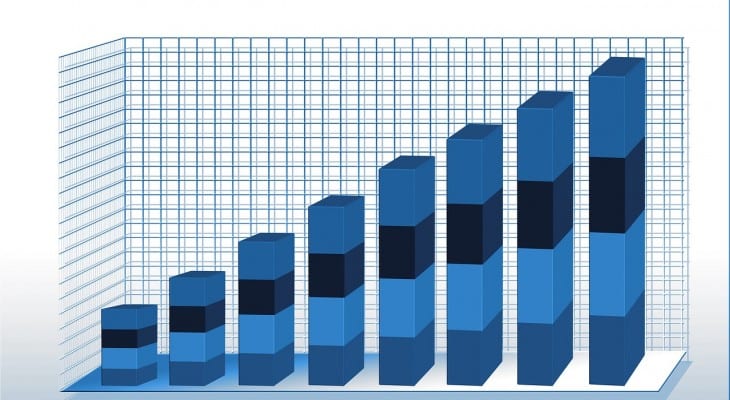 Investors have four choices among publicly traded equities that announced their first quarterly dividends of the year that rewarded shareholders with payout increases of 2.4%-6.7%.

The declared payouts continue a record of relatively steady rising dividends for three out of the four securities. Two of the organizations have increased their dividends annually for more than a decade.

One entity increased its payout in 15 out of the last 20 years. Another security almost tripled its share price in the last year, while offering a 7.5% dividend yield.

ECA Marcellus Trust was formed to own royalty interests in natural gas properties of Pennsylvania’s Marcellus Shale formation, which is owned by the Energy Corporation of America.

Formerly known as Salt Holdings Corporation, Compass Minerals International Inc. is a producer of salt and other supplies for use in highway and consumer deicing, dust control, water conditioning and consumer and industrial food preparation. In addition to its U.S.-based operations, the company has mining and production facilities in Canada and the United Kingdom.

The company on Feb. 2 the declared a $0.72 quarterly dividend, which is 3.6% higher than the amount paid last period. The $2.88 annual payout converts to a 3.5% dividend yield. Since 2004, the company grew its dividend at an average annual rate of 9%.

Eversource Energy is a public utility that provides retail electricity and natural gas service to customers in Connecticut, Massachusetts and New Hampshire.

The $0.475 quarterly dividend announced on Feb. 2 is 6.4% higher than the previous payout. The annualized payout of $1.90 is equivalent to a 3.5% dividend yield. The current dividend hike is a just another step that continues a 17-year long trend of rising dividends. Over that period, the company grew its annual dividend an average of 17.8%.

The company’s share price experienced low volatility and rose 67%, during the last five years However, the last year was a little more unpredictable. Between February 2016 and the 52-week high on July 6, 2016, its share price appreciated 12%, only to drop almost 20% and reach the 52-week low on by December 1, 2016. The current share price recovered almost half of those losses and it closed on February 2, 2017 at 54.70, which is 8% above the 52- week low.

The current dividend is 2.4% higher than the previous payout. That will mark the fourth consecutive year of rising annual dividends. Prior to the current streak, the company paid the same $1.19 dividend for five years straight between 2009 and 2013. The annual dividend of $1.28 is paid quarterly and yields 3.4%.