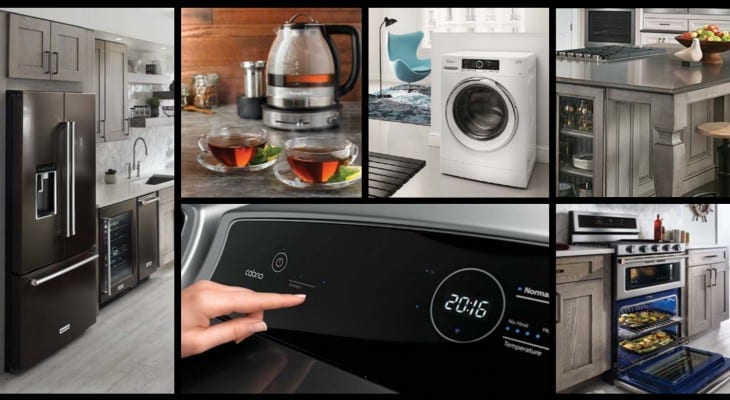 The number one major appliance manufacturer in the world provided seven consecutive years of dividend boosts and currently pays a 2.5% dividend yield.

In addition to the current streak of consecutive annual dividend boosts, the company did not cut its dividend in the last 20 years. Also, an 11.3% asset appreciation accompanied the dividend boosts to reward investors with a 13.8% total return over the past 12 months.

Founded in 1898 and headquartered in Benton Harbor, Michigan, the Whirlpool Corporation manufactures and markets home appliances and related products. The company’s principal products are refrigerators and freezers, laundry washers and dryers, cooking appliances and dishwashers, as well as mixers and other small domestic appliances. The company markets and distributes its products under multiple brand names, which include Whirlpool, Maytag, KitchenAid, Jenn-Air, Amana, Admiral, Estate, Supermatic, Bauknecht, Laden, Hotpoint and Gladiator brands. As of September 2017, the Whirlpool Corporation employed a workforce of more than 93,000 in 70 office, research and manufacturing locations around the world. The company operates through four geographical business units, North America, Europe, Middle East & Africa, Latin America and Asia.

The company’s current $1.10 quarterly dividend, yields 2.5% and is equivalent to a $4.40 annual distribution. The 2.5% current dividend yield is 18.5% above company’s own 2.1% average dividend yield over the last five years. Additionally, the Whirlpool Corporation’s current yield exceeds the average yields of the Consumer Goods sector by 41.4% and is 120% higher the average yield of companies in the Appliances segment.

Starting in 2011, the company embarked on seven consecutive years of dividend boosts. Over that seven-year period the company enhanced its total annual dividend amount more than 150% by growing the dividend distribution at an average rate of 14.4% per year.

Whirlpool Corporation’s share price could continue to rise, at least in the short-term. The U.S. International Trade Commission (ITC) handed the company a significant victory in its antidumping case against two if its main rivals from South Korea, Samsung Electronics Co. Ltd. (KRX:005930) and LG Electronics Inc. (KRX:066570).

Dumping is the practice of export into a foreign market and selling products at a price that is lower than the price charged in the manufacturer’s domestic market. Dumping of large volume of products can place financial strain on the local manufactures and drive them out of business. This allows the foreign manufacturers to capture that share of the market. In its unanimous decision, which concerns only large residential laundry washers for now, the ITC ruled that the flood of imported washers from Samsung and LG “have seriously injured American manufacturers and workers”.

This decision could be a precursor of more similar rulings to come from the ITC. Since this is the third such infraction by the two South Korean companies, investors should pay attention to see whether President Trump’s administration will use this case as a n opportunity to push for protection of U.S. manufacturers by imposing tariffs and quotas on imported goods. Commenting on the ITC ruling, the he chairman of Whirlpool Corporation, Jeff M. Fettig, stated that “This vote sets the stage for the administration to put in place an effective remedy to create a level playing field for American workers and manufacturers. This type of corrective action will create U.S. manufacturing jobs”.

Implementation of any import tariffs and quotas would benefit the Whirlpool Corporation and other U.S. manufacturers.