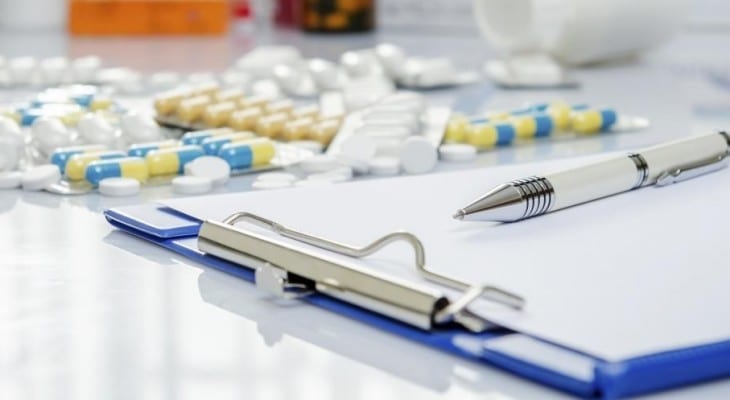 After rising over the first eight months of the trailing 12-month period, the company’s share price suffered a drop of nearly 27% drop between February and April 2018. However, the share price reversed direction and embarked on another rising trend since late April 2018. While the recent share price drop erased all the capital gains since June 2017, the dividend income managed to cover the gap and prevent the shareholders from incurring a loss over the past year.

The company will pay its next dividend on August 1, 2018, to all its shareholders of record before the July 5, 2018, ex-dividend date .

Bristol-Myers Squibb’s current $0.40 quarterly dividend is 2.6% higher than the $0.39 quarterly payout from the same period last year. This new quarterly amount corresponds to a $1.60 annualized payout and a 2.9% forward dividend yield, which is 12.6% above the company’s average yield over the past five years. Additionally, BMY’s current 2.9% dividend yield outperformed the 0.66% average yield of the entire Healthcare sector by more than 340% and outpaced the 2.15% average dividend yield of the company’s peers in the Drug Manufacturers segment by more than 36%.

The company’s share price ascended more than 21% over the first eight months of the current trailing 12-month period and reached its 52-week high of $68.98 on February 15, 2018. The share price reversed trend immediately after reaching its peak in February and plunged approximately 27% in fewer than 10 weeks.

After pulling back a few more percentage points, the share price bottomed out at its 52-week low of $50.53 on May 8, 2018, before reversing direction and turning up again. Since the 52-week low at the beginning of May, the share price advanced 8.2% and closed on June 25, 2018, at $57.87, which was more than 20% short of the February peak but just 4% below the share-price level from one year earlier. Additionally, the June 25 closing price was 24% higher than it was five years earlier.

While the share price was trending up more than 20% in February 2018, the share-price drop in March and April erased all those advances and turned gains into losses. However, the share-price gain since the May bottom helped to recoup some of those losses. With the aid of the rising dividend income, it managed to reach the break-even point to avoid shareholder losses for the year. While not a good result for the shareholders, it still was better than the 11.25% total loss over the past three years. However, with the one-year result significantly better than the three-year performance, the BMY shares seem to be moving in the right direction to return to past performance levels similar to the five-year total return of nearly 38%.