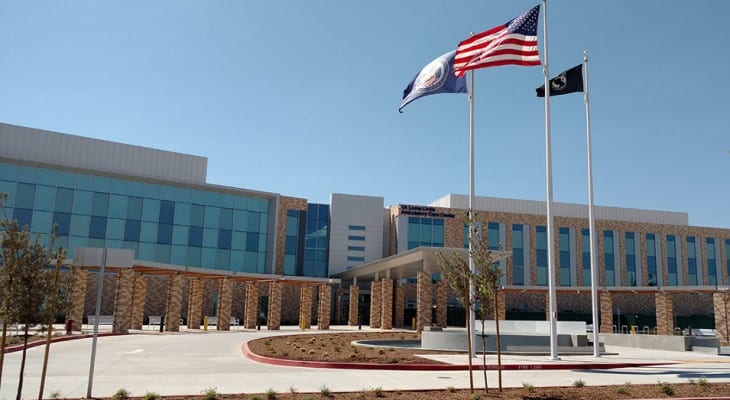 In addition to a steady flow of rising dividend distributions, Easterly Government Properties (NYSE:DEA) currently pays a 4.9% dividend yield, which outperformed the average industry yield by a significant margin.

Complementing the above-average dividend yield, Easterly Government Properties has also rewarded its shareholders with long term asset appreciation on double-digit annual total returns. The share price did experience a correction in 2018. However, a trend reversal at the end of the year and strong gains in 2019 have already erased 85% of those losses and the share price uptrend appears to have more momentum to continue.

Driven down by the 2018 price pullback, the stock price’s 50-day moving average broke back above the 200-day moving average in a bullish manner at the beginning of June 2019. The 50-day average continued to rise, driven by the share price recovery, and currently stands more than 6% above its 200-day counterpart.

Before taking any action, investors should conduct their own due diligence to confirm the stock’s outlook, as well as its compatibility with their investment portfolio goals. However, investors whose analysis indicates a positive outlook for this stock should act quickly. The company’s next ex-dividend date will occur on September 11, 2019. To be eligible for the next round of dividend distributions on the September 26, pay date, investors must claim stock ownership before the upcoming ex-dividend date.

Formed in 2015 and headquartered in Washington, D.C., the Easterly Government Properties Inc. operates as a real estate investment trust (REIT). The trust acquires, develops and manages commercial real estate properties. While the REIT has a few properties leased to civilian companies, it generates most of its revenue by leasing properties to government agencies through the General Services administration (GSA). As a result of cooperative discussions that started in 2014, two private companies — Easterly LLC and Western Devcon Inc. — contributed 15 and 14 properties, respectively, to the new REIT, which was formed in February 2015. As of August 2019, the REIT leased offices, courthouses, laboratories, warehouses and Veterans Administration outpatient facilities to the U.S. Government in 23 states. Additionally, the REIT leases a small portion of its properties to non-governmental entities, such as Parbel of Florida — a subsidiary of the French cosmetics conglomerate L’Oreal — and United Technologies — a Pratt & Whitney subsidiary. As of August 2019, 98% of the REIT’s lease income was backed by the full faith and credit of the U.S. government. The REIT currently owns and operates 68 facilities with 6.3 million leasable square feet of space at 100% capacity.

Since its formation as a REIT in 2015, Easterly Government Properties has enhanced its total annual dividend distribution amount by 60%. This advancement pace corresponds to an average growth rate of 12.5% per year since 2015.

The rate dividend growth over the past few years has increased the quarterly payout amount to the current $0.26 level. This quarterly payout level is equivalent to a $1.04 annualized distribution and a 4.9% forward dividend yield. Despite its recent share price growth, which generally suppresses the yield, the REIT’s current yield is 14.3% higher than its own 4.3% average dividend yield over the past five years.

In addition to outperforming its own five-year average yield, Easterly Government Properties’ current dividend yield has also outperformed the 2.94% simple average yield of the overall Financial sector by nearly 68%. Additionally, the current yield is also nearly 50% higher than the 3.32% yield average of this REIT’s peers in the Real Estate Development industry segment. Moreover, the current dividend yield is even 2% higher than the 4.84% average yield of the segment’s only dividend-paying companies.

Despite a decline in 2018, the share price recovery in 2019 was able to combine with high-yield dividend income payouts in order to deliver a total return of 10% over the last 12 months. The 2018 share price pullback limited the three-year total return to 26.4%. However, the combined return from capital gains and dividend payouts has been more than 63% since the REIT’s formation in February 2015.