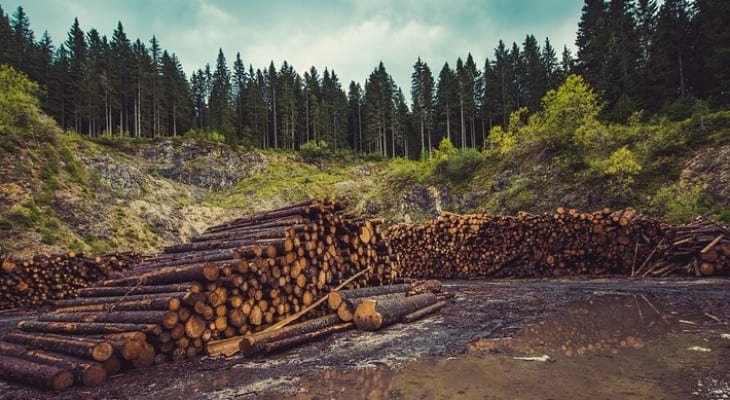 The U.S. Southeast lumber company has hiked its annual dividend over the last four consecutive years and currently pays a 4.2% yield.

Founded in 2005 as the Wells Real Estate Investment Trust IV, Inc., the CatchMark Timber Trust, Inc. operates as a real estate investment trust (REIT) and focuses on the acquisition of timberland properties in the United States. As of October 2017, the REIT owned a total of more than 500,000 acres of timberland located in Alabama, Florida, Georgia, Louisiana, North Carolina, South Carolina, Tennessee and Texas. The company owns approximately 460,000 acres of timberland outright, about 10,000 acres through its 50% interest in the Dawsonville Bluffs, LLC joint venture and leases approximately 31,000 additional acres from third parties. The REIT changed its name in 2006 to its current CatchMark Timber Trust, Inc. and its current headquarters are in Norcross, Georgia.

The company’s current quarterly dividend of $0.135 is equivalent to a $0.54 annualized payout and a 4.2% dividend yield. This current 4.2% yield is almost 250% higher than the 1.2% average yield of the Industrial Goods sector. While the Industrial Goods sector might be too broad for a meaningful comparison, CatchMark’s yield also outperformed the 2.8% average yield of its peers in the Lumber and Wood Production Industry segment by 46%.

The 16.7% share price advance since August 18, 2017 accounts for more than 90% of the share price appreciation over the past 12 months. The share price’s 50-day moving average (MA) was on a 60-day declining trend since mid-June and was in danger of crossing below the 200-day MA in a bullish manner before it reversed trend in mid-August. However, since the August 18, 2017 trough, the 50-day MA has been rising and is currently almost 10% above the 200-day MA, which is an indication that the share price growth could continue, at least in the short term.

The combined effect of the above-average dividend income distribution and the significant asset appreciation offered the company’s shareholders attractive total returns. Over the last one 12 months, the REIT rewarded its shareholders with a total return of 22.6%.