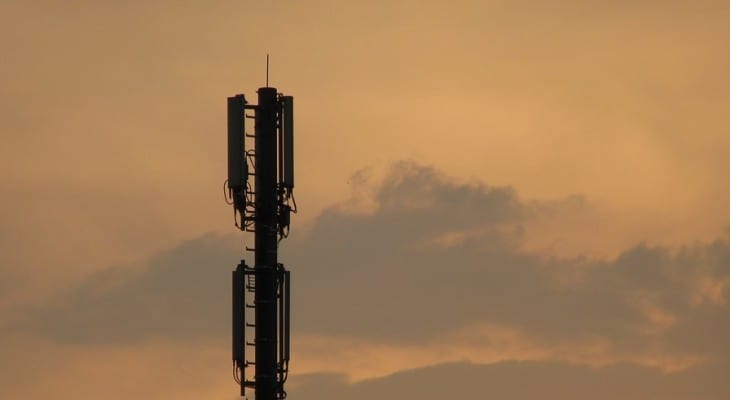 The Crown Castle International Corporation (NYSE:CCI) boosted its quarterly dividend payout 10.5% and rewarded its shareholders with a yield of 3.7%, which is currently triple the average yield for all the companies in the Technology sector.

In addition to the strong dividend growth and above-average yield, the company’s share price ascended by more than a third for a total investor return of nearly 40% over the last 12 months. The company will pay its next dividend distribution on December 29, 2017, to all shareholders of record before the December 14, 2017, ex-dividend date.

The Crown Castle International Corporation is a real estate investment trust (REIT) that owns, operates and leases shared wireless and communications infrastructure in the United States, Puerto Rico and Australia. Founded in 1994, the company started trading on the New York Stock Exchange (NYSE) in April 2001 and officially became a REIT in January 2014. Through its subsidiaries, the company provides towers and other structures, such as rooftop and distributed antenna systems, as well as small cell signal transmission networks to wireless communications providers. Crown Castle provides access to its towers, small cells and third-party land interests via long-term contracts in various forms, including license, sublease and lease agreements. In addition to communication and access services, the company offers infrastructure services, which consist of antenna installations or subsequent augmentations, as well as site development services relating to wireless infrastructure. The company’s current headquarters are in Houston, Texas.

Over the last three years, the total annual dividend grew at an average rate of 8.6% per year, which resulted in a 28% increase in the total annualized dividend amount when comparing the current period with the same period in 2014. However, the REIT hiked its quarterly dividend 134% from $0.35 in the third quarter to $0.82 in the fourth quarter of 2014.

Therefore, when comparing actual total payouts for 2017 and 2014 – $3.90 and $1.87, respectively – the annual dividend distribution increased 109% over the three-year period and the average annual growth rate over the last three years is 27.8% per year in this case.

In addition to its exceptional dividend growth, the REIT’s yield outperformed its industry peers by wide margins. Crown Castle’s current yield of 3.7% is 205% above the average yield of the Technology sector and almost 150% higher than the average yield in the Diversified Communications Service segment.

Dividend increases, decreases, new announcements, suspensions and other changes occur daily. To make sure you don’t miss any important announcements, sign up for our E-mail Alerts. Let us do the hard work of gathering the data and sending the relevant information directly to your inbox.