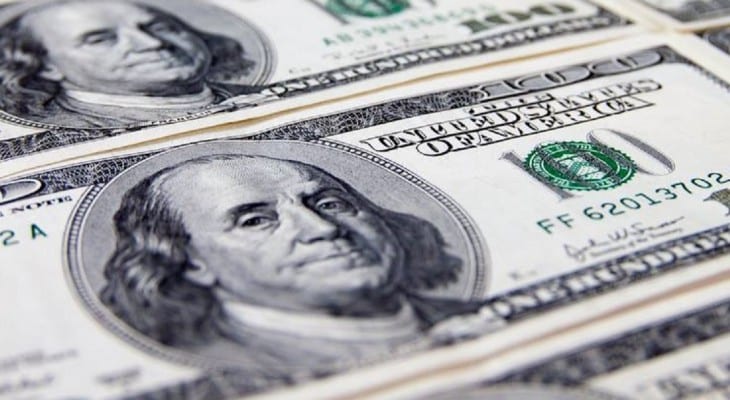 Five mid-sized bank stocks to purchase offer dividend income and inflation protection while serving market niches that bigger and broader-based financial institutions may not be able to address as well.

The five mid-sized bank stocks to purchase for dividend income and share-price appreciation also are part of an industry that typically copes well with inflation. Plus, the five mid-sized bank stocks to purchase should benefit from growing customer interest in mortgages that may be stronger vs. pre-pandemic years due to increased demand for home purchases, according to a recent report from BofA Global Research.

BofA has observed improved momentum  for banks in recent quarters. Current conditions include banks paying next to nothing for deposits while raising the rates they charge to borrowers.

“This is an ideal environment for banks,” said Mark Skousen, chief of the Forecasts & Strategies newsletter and the Home Run Trader, Five Star Trader, Fast Money Alert and TNT Trader advisory services. The economy is strong. Unemployment is falling. Interest rates are rising. The demand for loans is strong. And asset quality is improving. Even used car prices are up 34% over the past year.” 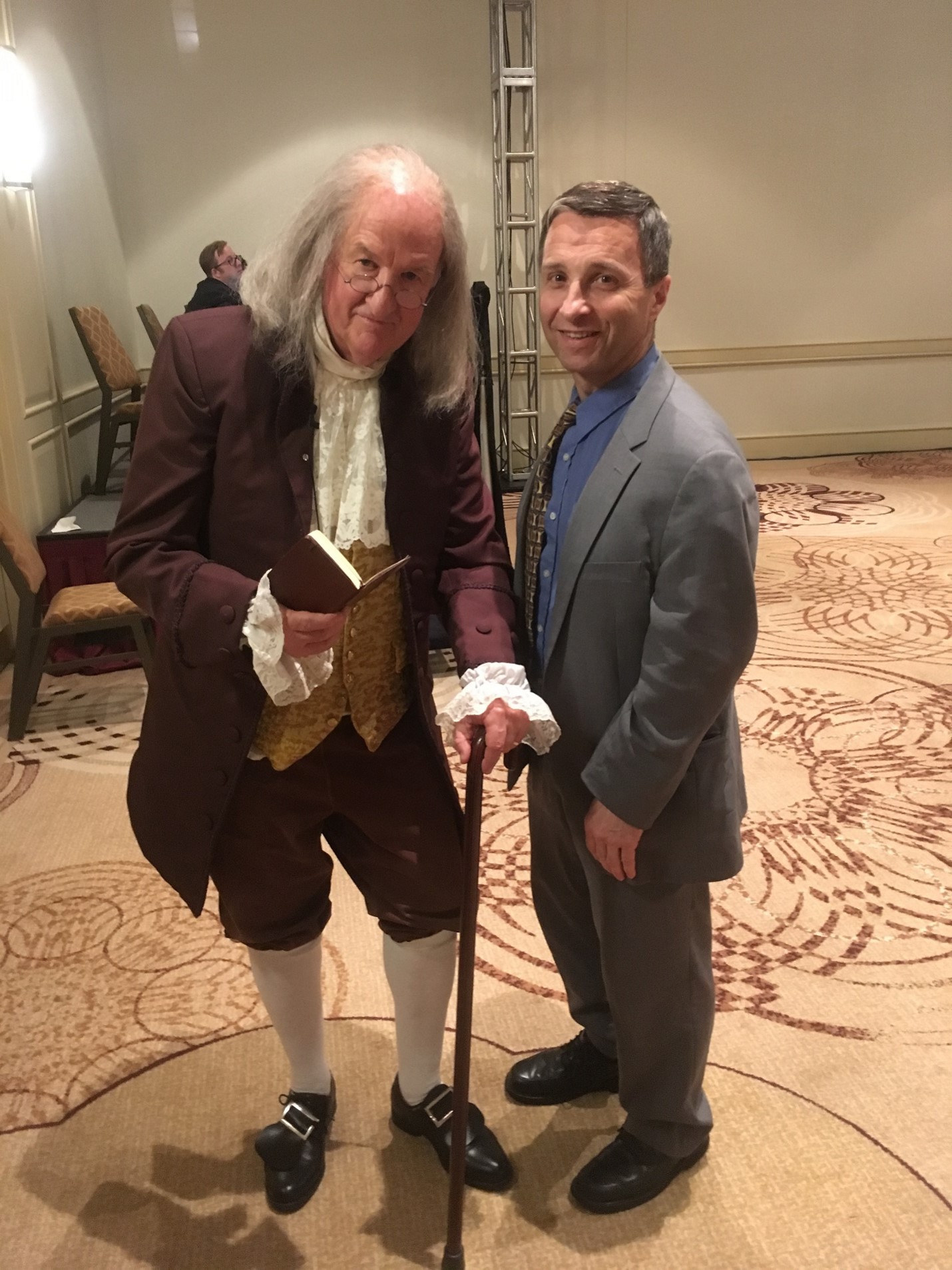 BofA is assuming that cash as a percentage of average earnings assets (AEA) reverts to pre-pandemic levels, either deployed into investment securities or toward funding loan growth. Cash balances for its coverage universe stood at 13% of AEA as of second-quarter 2021 vs. 4%/6% in 4Q19/1Q20.

Of course, loan growth will be affected by multiple external factors, such as an expected rebound in inventories amid supply chain normalization, drawdown of the $2 trillion in excess liquidity sitting on consumer balance sheets and growing confidence among businesses to drive capital expenditure spending. Woods told me his favorite way to invest in banks right now is through the Financial Select Sector SPDR Fund (NYSE: XLF). That fund has blitzed the SPDR S&P 500 ETF (SPY) so far in 2021. While SPY is up 23.8% year to date, XLF has leapt 38.9%. That move is likely to be sustained not only due to fundamental reasons, but also for technical ones, said Woods, who forecast that the upside in XLF during the months ahead could be “substantial.”

Upbeat earnings results for financial stocks, along with rising interest rates and strong growth in what is nearly a post-pandemic economy, has triggered a jump in banking stocks. 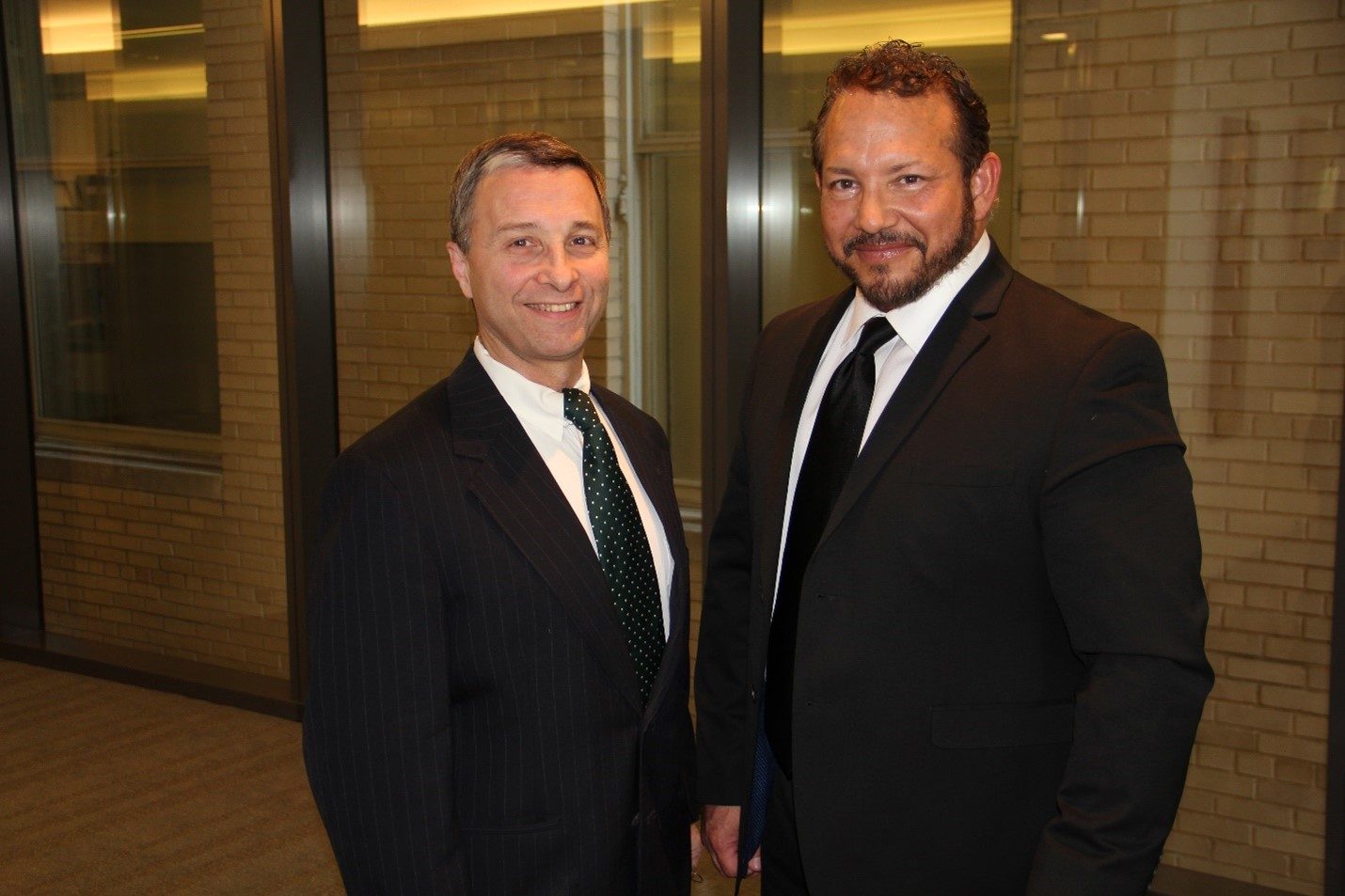 Bank stocks account for a significant portion of what pension fund chairman Bob Carlson called his “favorite value stock” investment. Carlson, who writes the Retirement Watch investment newsletter and serves as chairman of the Board of Trustees of Virginia’s Fairfax County Employees’ Retirement System with more than $4 billion in assets, said the Oakmark (MUTF: OAKMX) fund uses valuation measures to assess companies in an array of industries that include financial services providers. 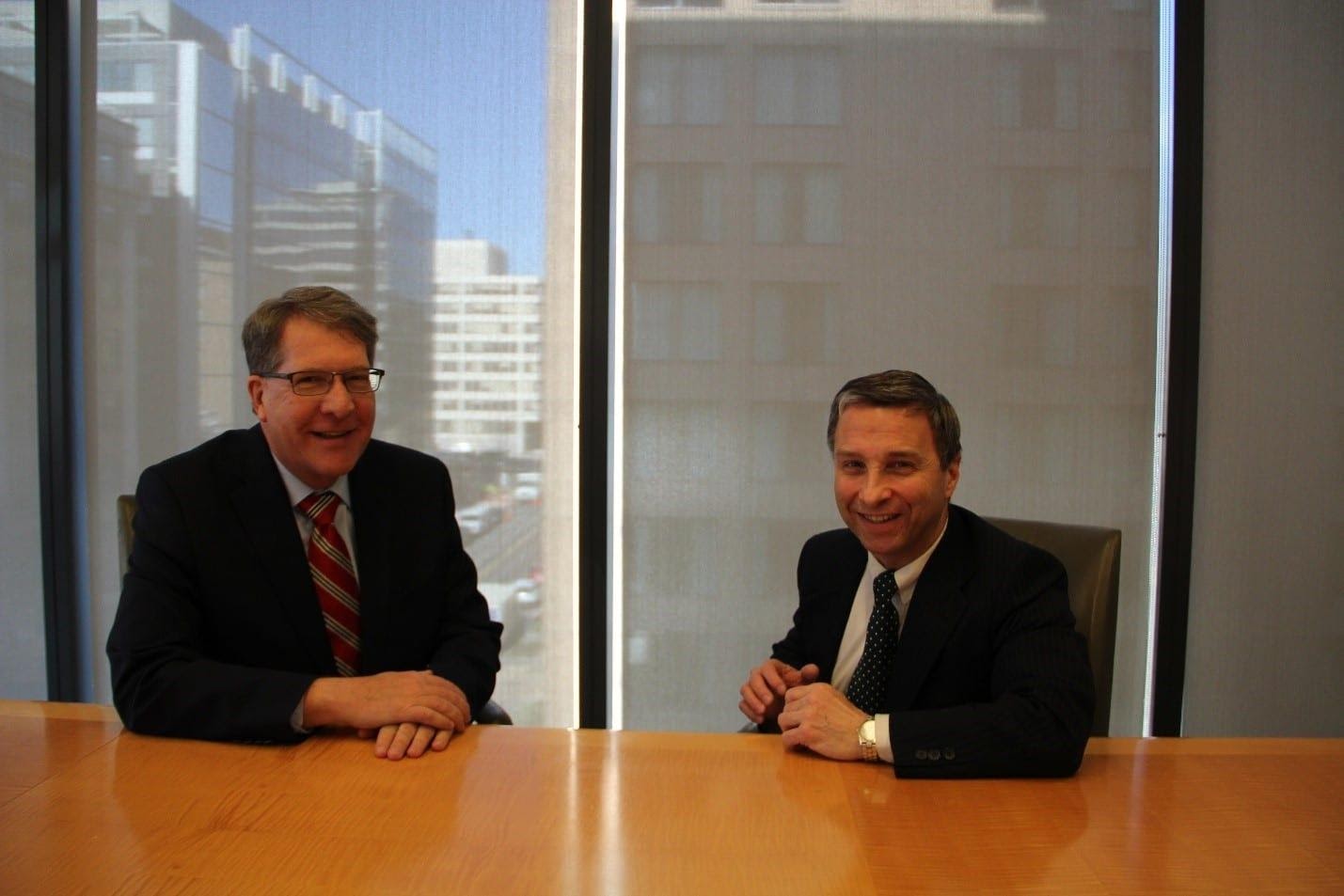 Financial services account for 33.9% of Oakmark’s portfolio, with New York-based Citigroup Inc. (NYSE: C) as its fourth-largest position. McLean, Virginia-based Capital One Financial Corp. (NYSE: COF) is the fund’s second-largest holding. Capital One Financial, known mainly for its credit cards and the television commercials, also is a significant mid-Atlantic banking presence after buying a regional bank 10-plus years ago, Carlson continued.

When interest rates climb, large-cap banks usually increase the spreads they earn between what they pay for deposits and what they collect by charging higher interest rates to borrowers. However, a problem can arise if banks keep too many fixed-rate loans that can lose their appeal if interest rates rocket upward.

BofA’s recent research report predicted that the deposits that banks have collected from borrowers since the start of the pandemic should be retained. Even though the deposit mix-shift is likely to move toward interest-bearing deposits, banks clearly have more leeway to lag deposit pricing compared to 2015-18, the report noted. Deposit balances for the industry grew in the middle part of the last decade after the Fed began tapering its post-financial crisis quantitative easing.

The bank holding company offers the “most attractive risk/reward” among the mid-sized banks at 13.4x price-to-earnings (P/E), in-line with its peers, according to BofA. East West Bancorp has been growing its core deposit base in recent quarters and its management has raised its loan growth outlook.

Any “thawing” of current U.S.-China tensions from a possible meeting before year-end between leaders of the two countries may help improve market perception, BofA wrote. Aside from deteriorating U.S.-China relations amid the latter country’s threats of military action, additional risks to the bank’s prospects include a potential worsening in the macroeconomic outlook and a possible decline in interest rates.

East West Bancorp received a $100 price objective from BofA, with a P/E multiple of 17.5, ranking above its peers due to a higher return profile. The bank could benefit from a faster-than-expected economic recovery, along with higher interest rates, BofA added.

Merger integration remains on track, with FBP’s management having completed all remaining systems conversions and pivoting focus toward growing the franchise. BofA wrote. Management provided an upbeat growth outlook, highlighting increasing economic activity in Southern Florida and an improved business environment in Puerto Rico. Plus, Puerto Rico has an 81% rate of fully vaccinated people aged 12 years and up vs. almost 58% for United State.

With FBP showing strong 3Q results and its management reaffirming that its shares should continue to outperform, BofA reaffirmed its “Buy” rating and $16 price objective on the stock.

New York Community Bancorp (NYSE: NYCB), of Hicksville, New York, is the parent company of New York Community Bank, a New York State-chartered bank. BofA’s price objective on NYCB of $17 is accompanied with a “Buy” rating. NYCB received a valuation above its peers due to a strong dividend yield and a healthy credit profile, according to BofA.

Unlike most quarters, there was no intra-quarter update provided by the bank’s management. This created added uncertainty for what already is a hard-to-predict business model for Signature Bank (NASDAQ: SBNY), a New York-based full-service commercial bank with 37 private client offices throughout the New York, Connecticut, California and North Carolina.

BofA wrote that the bank’s loan and deposit growth could once again surpass expectations. Moreover, the backdrop of a steepening yield curve should allow its management to provide a relatively constructive message on spread revenue and margin prospects.

In addition to SBNY’s crypto business, which includes lending against Bitcoin, BofA wrote that the market will be monitoring Signature Bank’s recent endeavors, including mortgage warehouse and small business administration (SBA) lending.

BofA gave a price target of $405 to SBNY, and assigned a valuation multiple above its peers due to stronger balance sheet growth and a healthy credit profile. The stock could outperform that forecast with a better-than-expected macro environment and increasing long-term rates, according to the investment bank.

BofA gives SNV a “Buy” rating and a $60 price objective. If the bank holding company can deliver “superior growth” on a sustained basis, the stock has a chance to merit a “re-rating opportunity,” according to BofA.

SVB Financial Group (NASDAQ: SIVB), of Santa Clara, California, is the holding company of Silicon Valley Bank but its lack of a dividend leaves it out of the five mid-sized bank stocks to purchase. Nonetheless, BofA expects another solid quarter on the back of SVB Financial raising equity in August. Investors will want to pay attention to the bank management’s preliminary 2022 guidance, which should provide a first look into the growth outlook for the recently acquired wealth management business and for the expansion of its investment bank into the technology sector.

BofA’s price target on SIVB of $750 is accompanied with a “Buy” rating on the stock. Plus, BofA values the bank above the average multiple for the mid-sized to small- cap universe it follows due to a significantly higher return profile and stronger balance sheet growth outlook.

The threat of the highly transmissible Delta variant of COVID-19 seems to be fading in the United States with cases and deaths on the decline. In addition, the adult population in the United States increasingly is becoming vaccinated. Plus, the U.S. Food and Drug Administration (FDA) recently issued emergency use authorization (EUA) for a single booster shot of the Pfizer-BioNTech COVID-19 vaccine for high-risk groups.

The five mid-sized bank stocks to purchase give investors an opportunity to profit from dividend payouts and stock-price appreciation as financial institutions continue to outperform the S&P 500.

Paul Dykewicz, www.pauldykewicz.com, is an accomplished, award-winning journalist who has written for Dow Jones, the Wall Street Journal, Investor’s Business Daily, USA Today, the Journal of Commerce, Seeking Alpha, GuruFocus and other publications and websites. Paul, who can be followed on Twitter @PaulDykewicz, is the editor of StockInvestor.com and DividendInvestor.com, a writer for both websites and a columnist. He further is editorial director of Eagle Financial Publications in Washington, D.C., where he edits monthly investment newsletters, time-sensitive trading alerts, free e-letters and other investment reports. Paul previously served as business editor of Baltimore’s Daily Record newspaper. Paul also is the author of an inspirational book, “Holy Smokes! Golden Guidance from Notre Dame’s Championship Chaplain,” with a foreword by former national championship-winning football coach Lou Holtz. The book is great as a gift and is endorsed by Joe Montana, Joe Theismann, Ara Parseghian, “Rocket” Ismail, Reggie Brooks, Dick Vitale and many others. Call 202-677-4457 for special pricing.