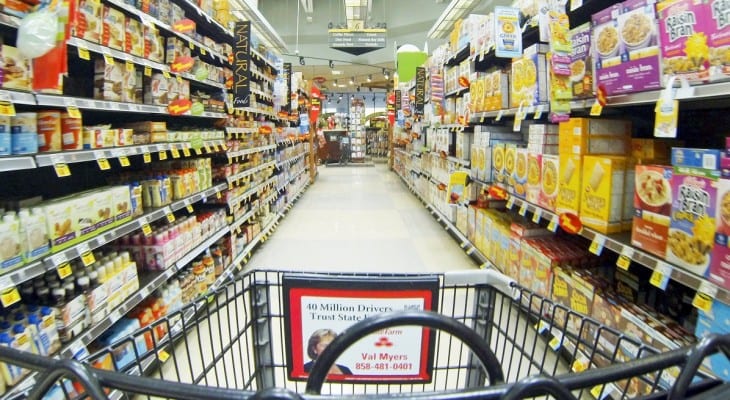 A national grocery store chain has been paying rising dividends for a decade and currently is offering a 2.4% dividend yield.

While the company’s share price trend generally has been down since its all-time high in December 2015, the Kroger Company (NYSE:KR) has continued paying rising dividends every year for the past decade to complement its current 2.4% dividend yield.

The supermarket space is traditionally a low margin sector. Many competitors in that sector have been struggling with reduced market share to online retailers. Other than the effects of the “retail ice age” on the traditional supermarket chains, the sector’s big news recently has been the acquisition of Whole Foods Market by Amazon (NASDAQ:AMZN) and Walmart’s (NYSE:WMT) purchase of Jet.com.

However, investors willing to speculate a little could find few grocery chains like Kroger, which generates a steadily rising dividend income and might turn out to be a discounted buying opportunity at its current, reduced share price. Kroger is scheduled to pay its next quarterly dividend on December 1, 2017, to all its shareholders as of the November 14, 2017, ex-dividend date.

As one of the few remaining national grocery stores, Kroger has managed to create a lucrative niche by taking advantage of its infrastructure and manufacture of its own products. Compared to Albertson’s – its only grocery store competition with similar nationwide reach – Kroger has a higher store count and higher current revenues. In fact, the only company in the grocery segment that has a higher market share than Kroger’s is Walmart.

One way for Kroger to turn around its business and compete with Walmart and Amazon is to expand its own online grocery ordering service – ClickList – to all its stores. Currently, the service is available in less than 23% of the company’s stores.

Since starting to pay a dividend in 2006, Kroger has paid rising dividends every year. Over the last 11 years, the annual dividend payout grew at an average rate of 13% per year. The result of that growth rate for more than a decade is a total annual dividend payout that is almost four times higher than it was in 2006.

The current dividend payout ratio is only 29%. Such a low payout ratio indicates that Kroger will be able to continue paying rising dividends in the short term even if it misses its earnings or must trim estimates again.

However, if the company manages a quarter of two of positive results, modest asset appreciation could accompany the steadily rising dividends and quarterly income payments, which would make the current share price drop an opportunity to buy the company’s shares at a discount.