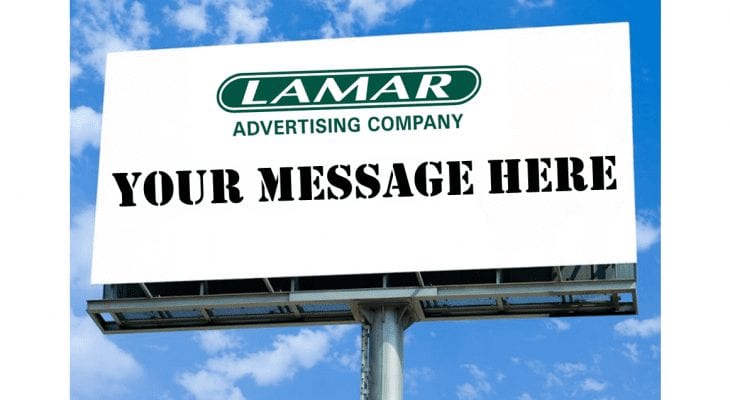 The Lamar Advertising Company boosted its annual dividend for the last three consecutive years and currently pays a 4.5% dividend yield, which is more than twice the average dividend yield of the Services sector.

In the last year, the company’s share price experienced some volatility, but still managed double-digit-percentage growth compared to the price at the end of November 2016. The company has been increasing its annual dividend amount at nearly double-digit percentages every year since 2014.

Since bottoming out in September, the share price has reversed its course and has been trending up since the trend reversal. The share price closed on November 29, 2017, at $74.03, which is 11.7% higher than it was one year ago and 17.2% higher than the September low.

If the trend continues, the 50-day MA could cross above the 200-day MA next week, which would indicate that the share price should continue rising, barring any unforeseen events. This could be an opportunity to take advantage of the appreciating asset over the short term while waiting for the next dividend distribution.

Based on the past distribution schedule, the company should hike its quarterly dividend amount for the next period and a likely hike of $0.04 or $0.05 per share would be equivalent to a dividend payout increase of 4.8%, or 6%. Next quarter’s ex-dividend date should be in mid-March with a pay date in late March or early April.