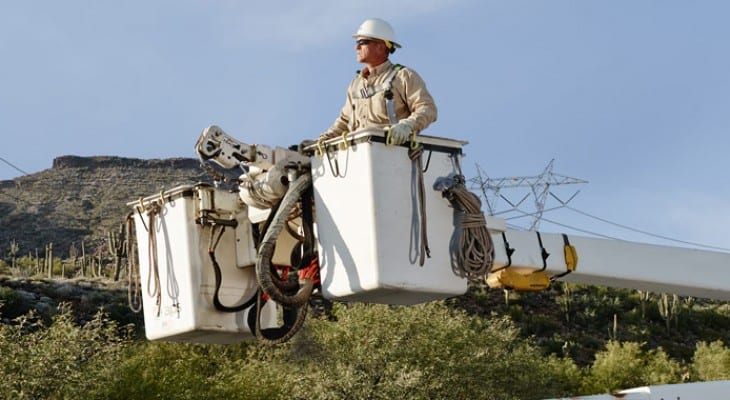 The Pinnacle West Capital Corporation (NYSE:PNW) — an Arizona-based utility company — is rewarding its shareholders with rising dividends that yield 3.4%, which is more than 40% higher compared to the straight average yield across the entire utilities sector.

The Pinnacle West Capital Corporation will pay its next dividend distribution on March 1, 2018 to all its shareholders of record before the company’s next ex-dividend date, which is set for January 31, 2018.

Founded in 1920 and headquarters in Phoenix, Arizona, the Pinnacle West Capital Corporation provides retail and wholesale electric services primarily in the state of Arizona through its two subsidiaries — Arizona Public Service Company and Bright Canyon Energy. The company owns or leases more than 6,250 megawatts of regulated generation capacity. PNW uses coal, nuclear, gas, oil and solar resources to generates electric power, which it then transmits and distributes to its residential and commercial customers in the region. As of November 2017, the company served approximately 1.2 million customers in 11 out Arizona’s 15 counties and expects to add 700,000 new customers by 2030. The Pinnacle West Capital Corporation is Arizona’s largest and longest-serving electric company.

The company’s current quarterly dividend distribution of $0.695 is 6.1% higher than the $0.655 payout from the same quarter of last year. This current quarterly payout of $0.695 converts to a $2.78 annual payout and a 3.4% forward dividend yield. Pinnacle West Capital Corporation’s current 3.4% yield outperforms the 2.36% average yield of the entire Utilities sector by more than 43% and it is almost 47% higher than the 2.31% average yield of the company’s peers in the Electric Utilities market segment.

However, after resuming dividend hikes in 2012, the company enhanced its annual payout every year at an average growth rate of 3.6% over the past eight consecutive years. Even with four years of flat dividend distribution between 2008 and 2011, the company managed to achieve a 4.2% average dividend growth rate over the last two decades, which is 17% higher the 3.6% growth rate for the current consecutive boosts streak.

The company rewarded its shareholders with a 10% total return over the past 12 months. Additionally, over the longer periods of the past three years and five years, the company managed shareholder total returns of 30% and 85%, respectively.