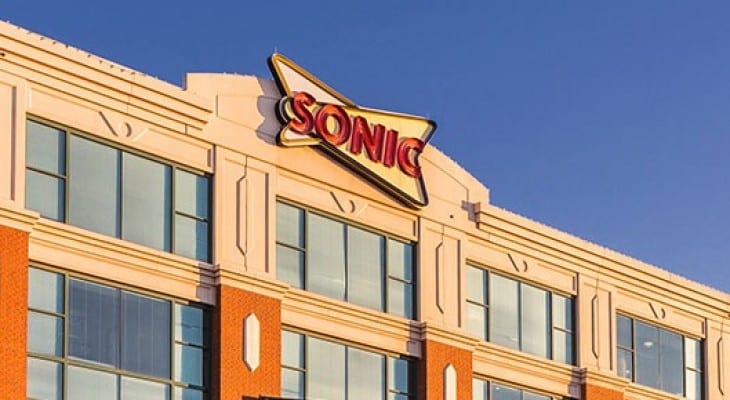 The Sonic Corporation (NASDAQ:SONC) offers its shareholders a 2.5% yield and four consecutive years of annual dividend hikes at a double-digit-percentage growth rate.

In addition to enhancing its annual dividend at a steady pace over the past few years, the company’s share price is trending higher for the trailing 12-month period and recovering quickly from its 52-week low, reached in September 2017.

The company will distribute its next dividend on February 16, 2018, to all its shareholders of record before the ex-dividend date, which is set for February 6, 2018, just 10 days prior to the company’s dividend pay date.

Founded in 1953 and headquartered in Oklahoma City, Oklahoma, the Sonic Corporation operates and franchises a chain of quick-service drive-in restaurants in the United States. As of August 31, 2017, the company operated almost 3,600 Sonic Drive-Ins in 45 states. The company owned and operated 228 of its own locations and franchisees owned and operated the remaining locations. In addition to store operation and franchising, the company owns and leases or subleases 188 properties to franchisees and other external parties.

However, the share price traded in peak territory for fewer than two weeks before tumbling down more than 25% and reaching its 52-week low of $22.27 on September 7, 2017 — a little more than 90 days after its peak. After bottoming out at the beginning of September, the share price changed direction again and rose 27.5% to regain more than 80% of its loses and close at $28.39 by December 27, 2017.

The Sonic Corporation released mixed financial results for the first quarter of fiscal 2018 – which ended on November 30, 2017 – on January 8, 2018. For the first quarter, the company missed revenue estimates, but exceeded analysts’ earnings estimates by 20%.

Sonic’s outlook for fiscal 2018 is positive. The company expects a 5% to 10% year-over-year growth of adjusted earnings per share for fiscal 2018, without considering any positive impact of the U.S. tax reform. If Sonic meet these expectations for the fiscal year, the current price dip could be the last opportunity to buy the company’s shares at a discount and collect a rising 2.5% dividend distribution while waiting for the assets to appreciate on positive financial performance.