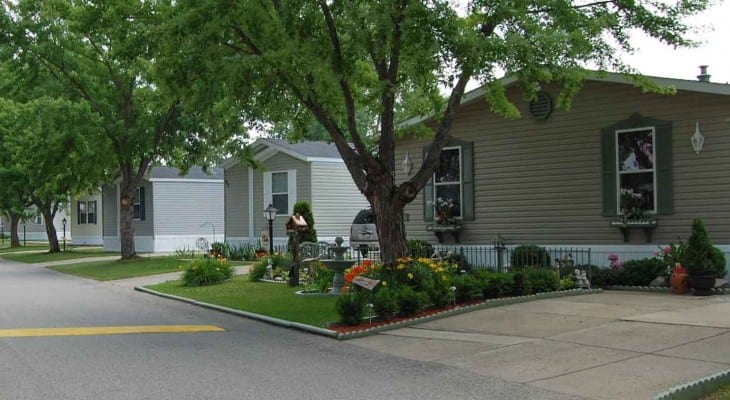 Sun Communities Inc. rewarded its shareholders with a total return in excess of 30% over the last 12 months and currently pays a 2.8% dividend yield.

The company provided significant total return to its investors over the past few years as well. This high total return resulted from a combination of above-average asset appreciation and a steady dividends income. Sun Communities has been paying dividends for more than two decades and managed to avoid any dividend cuts during that period.

The company will pay its next dividend on January 16, 2018, to all its shareholders of record prior to the ex-dividend date on December 28, 2017.

Sun Communities, Inc. operates as is a fully integrated real estate investment trust (REIT). The company owns, operates and develops manufactured housing communities in the midwestern, southern and southeastern United States. Founded in 1975 and headquartered in Southfield, Michigan, Sun Communities Inc. became a publicly owned corporation in December 1993. As of November 2017, the company owned and operated or had some level of ownership interest in 350 manufactured housing and recreational vehicle communities located in 29 states throughout the United States and Ontario, Canada. Sun Communities’ portfolio consists of approximately 121,000 developed sites. Additionally, one of company’s subsidiaries – Sun Home Services, Inc. – is involved in marketing, selling and leasing new and pre-owned homes. In addition to its Michigan headquarters, the company has regional offices in Fort Myers, Florida; Indianapolis, Indiana, and Austin, Texas.

The company’s current $0.67 quarterly dividend distribution converts to a $2.68 annualized payout and a 2.8% yield. As required by law, the REIT has been distributing most of its earnings as dividends since establishment in 1993. While the fund did not hike its annual distributions every year over the 24-year period since 1993, it did manage to avoid any dividend cuts. Over the past two decades, the company boosted its annual dividend amount 12 times and paid a flat dividend for eight years, which included a seven-year period of paying a flat $2.52 annual payout between 2007 and 2013. Since 1998, the fund grew its annual dividend payout amount at an average rate of 1.6% per year, which resulted in a total annual dividend enhancement of approximately 40% during the last 20 years.

Just a couple of days into its current trailing 12-month period, the company’s share price reached its 52-week low of $72.94 on December 14, 2016. After the mid-December 2016 low, the share price grew with some minor volatility and only three noticeable drops of 5% or more through December 2017. The most recent of the significant price drops was in September when the share price lost more than 7% between Sept. 5 and Sept. 27.