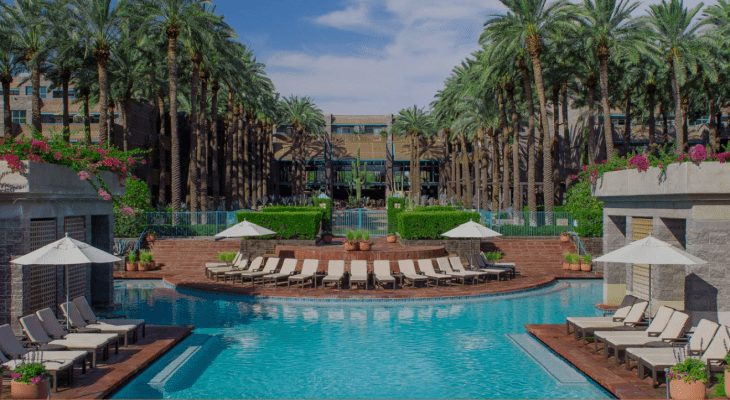 Only in its third year of operation as an independent entity, Xenia Hotels & Resorts, Inc. (NYSE:XHR) has rewarded investors with rising dividends every year so far and it currently offers above-average yields of approximately 5%.

In addition to the above-average dividend yields, the company has grown its annual dividend amount at double-digit-percentage rates every year. Xenia Hotels & Resorts also has grown its share price more the 15% in the last 12 months.

The company’s next ex-dividend date is on December 28, 2017, with the pay date following approximately two weeks later, on January 12, 2018.

Xenia Hotels & Resorts, Inc. operates as a self-advised and self-administered real estate investment trust (REIT). The company was created in February 2015 as a spin-off from the InvenTrust Properties Corporation. Xenia Hotels & Resorts owns a diversified portfolio of lodging properties operated by well-known industry brands such as Marriott, Hyatt, Kimpton, Aston, Fairmont, Hilton and Loews, as well as other leading independent management companies. The company’s primary strategy is to invest in premium, full-service lifestyle and urban upscale hotels in Top 25 Markets and key leisure destinations. As of October 2017, the company owned 39 hotels with nearly 12,000 rooms across 18 states and the District of Columbia. Currently, the company’s headquarters are in Orlando, Florida.

However, in the last 12 months, the share price and the dividend income have combined to reward the company’s shareholders with a 23% total return. After becoming an independent business entity in February 2015, the company achieved total return of more than 70% in less than three years.