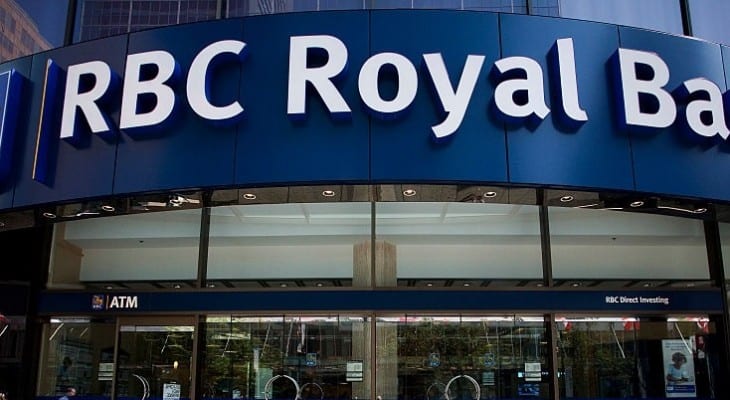 A Canadian bank and a U.S. industrial goods manufacturer have been paying rising dividends for at least the past seven consecutive years and offer dividend yields of 3.6% and 3%, respectively.

The ex-dividends dates for both companies are on July 24, 2017, with pay dates just one day apart in late August 2017.

In addition to an almost century-and-a-half-long history of paying a dividend, RBC has a considerable record of distributing rising dividends. The bank has not cut its annual dividend for more than two decades. While RBC did not raise its annual dividend between 2008 and 2010, it was not forced to cut its distribution, unlike many financially stressed banking institutions during the 2008-2009 financial crisis.

Since the bank resumed rising dividends in 2011, it boosted the annual dividend amount 75% because of an 8.2% average growth rate over the past seven years. Over the past two decades, the company boosted its annual dividend distribution nearly nine-fold by hiking the annual amount at an average rate of 11.6%.

Fastenal Company engages in wholesale distribution of industrial and construction supplies in the United States, Canada and 19 other countries. The company offers fasteners, such as bolts, nuts, screws, studs and related washers, as well as other industrial and construction supplies primarily under the Fastenal name. As of December 31, 2016, the company had almost 20,000 employees, distributed its products through a network of more than 2,500 company owned stores and generated $4 billion in net sales. Fastenal’s headquarters are in Winona, Minnesota, where the company was founded in 1967.

The share price experienced significant volatility over the last few years. Between mid-July 2016 and early October 2016, the share price first lost more than 10% and then reversed course to gain almost 40% and reach its new 52-week high by mid-January 2017. However, the share price dropped again and closed on July 14, 2017, at $43.17, which is about 18% less than the January peak and 2.5% above the price level from July 2016.

Contrary to the company’s share price, which struggled to show gains lately, company’s dividend performed significantly better. The current quarterly dividend distribution of $0.32 is equivalent to a 3% dividend yield and a $1.28 annualized payout per share. The company’s 3% yield is almost 140% higher than the 1.24% straight average yield for the industrial goods sector.