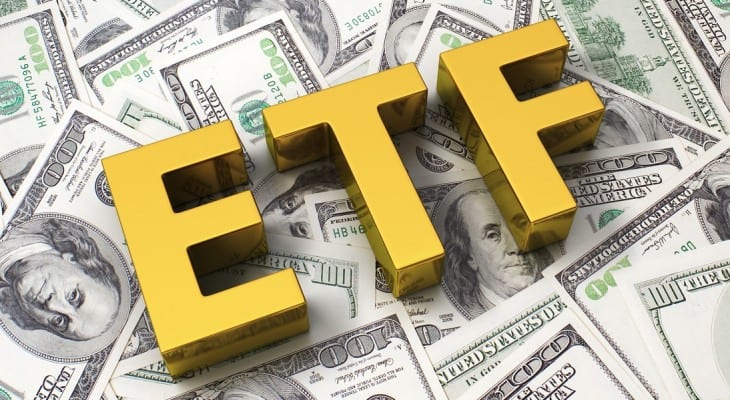 Four dividend-paying investment to buy include an exchange-traded fund (ETF) of Boston-based O’Shares ETFs that is recommended by its Chairman Kevin O’Leary, who has gained fame for its regular appearances as a panelist on the “Shark Tank” television program.

O’Shares FTSE U.S. Quality Dividend ETF (OUSA), a fund O’Leary discussed in a recent video conference with ETF Trends, is designed to track the results of publicly traded, large- and medium-capitalization, dividend-paying issuers in the United States that meet size, liquidity, quality, low volatility and dividend-yield thresholds. The other three of the four dividend-paying investments to buy include an aerospace and defense company that appears on the rise again, a consumer products stock and a dividend-paying infrastructure fund that should climb as the economy rebuilds amid the ongoing COVID-19 recovery.

Dividend-paying ETFs that track indexes require caution as many of the stocks they hold struggle to sustain their payouts while their coverage ratios are weakening, O’Shares ETFs Chief Executive Officer Connor O’Brien said. In contrast, OUSA is an ETF that features large-cap, “high-quality companies” that pay dividends reliably, he added. 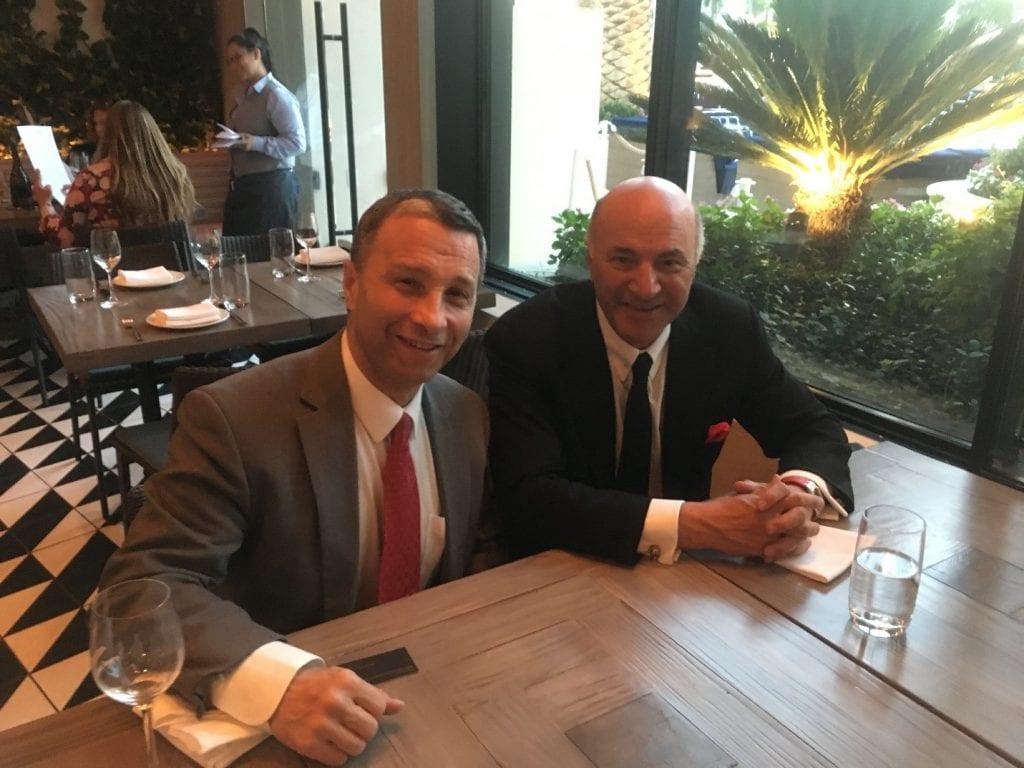 Paul Dykewicz meets with Kevin O’Leary for an interview in the days before COVID-19 social distancing.

“The bottom line: I’m not just using OUSA for just dividends but for defense against inflation,” O’Leary said.

One key reason is that the companies OUSA holds have pricing power and sustainable cash flows if inflation hits, O’Leary said.

“They’re very high-quality companies in every sector that are able to increase prices in the case of inflation,” O’Leary said. “Everybody should be thinking about that when you put that $5 trillion [in emergency federal funding] to work and helicopter it in. Twenty or 30 months from now, will inflation show up? And if it does, you don’t want to be in long-duration assets like utilities, like REITs.” 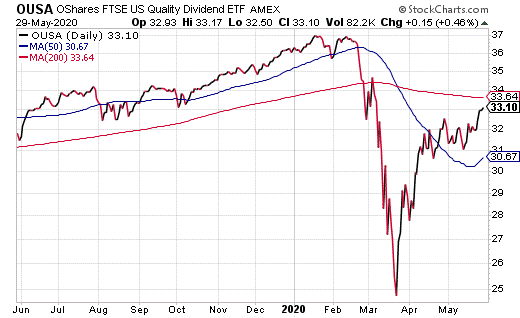 Personally, O’Leary said he planned to change his asset allocation to 70% stocks and 30% fixed income investments, compared to his previous stance of an even split between them. He also advocated the need to stay invested.

“In the market’s recovery of roughly 30%, the majority of the returns came within 11 days,” O’Leary said. “If you had not been invested in those 11 days, you would have missed it.”

An investor should consider his or her personal risk tolerance but remain invested through the volatility because it is unpredictable when the market may rise 20% quickly, O’Leary said.

“That is the lesson I’ve learned from being an investor almost 40 years now,” O’Leary said. “So, I just stay the course.”

O’Leary said he does allocate between sectors, as well as fixed income versus equities but favors stocks for the next 36 months while he waits to see if inflation is coming.

4 Dividend-Paying Investments to Buy Should Help to Avoid Risk

O’Brien warned that stock indexes have “a lot of equities” that will go to zero.

“Avoid the companies that are going to disappear,” O’Brien urged.

Years of experience in hiring managers to invest his personal wealth on the equity side taught O’Leary about the wisdom of analyzing balance sheets in choosing investments.

Bryan Perry, editor of the high dividend-focused Cash Machine service, said a review of the top 10 holdings for OUSA indicates they only occupy 38% of its total assets, revealing the ETF is well-diversified.

His favorites within the top holdings are Home Depot (NYSE:HD) and Intel Corp. (NASDAQ:INTC).

“I’m not a fan of the holding in Exxon Mobil, since I’m a bear on the energy sector, but this is clearly a dividend growth portfolio where great companies double their dividend payouts on an average of every seven years,” Perry said. “Hence, the 2.8% yield, which might seem stingy to some, is actually a pretty fat payout for dividend and growth. It’s a solid buy and hold from my perspective.”

Boeing Is One of the 4 Dividend-Paying Investments to Buy, Despite Suspending Its Payout

O’Leary cited the recent rise of Boeing Co. (NYSE:BA) shares, which jumped from $96 to $145 after the Fed backstopped the junk bond market, allowing the company to issue a substantial amount of debt to aid its finances. Boeing is one of the 35 largest holdings in OUSA.

O’Leary mentioned an upgraded May 21 rating on the defense business is another reason for optimism about Boeing.

Hilary Kramer, host of a national radio program called “Millionaire Maker” and head of the Value Authority and GameChangers advisory services, observed OUSA appears to have limited its exposure to the financials sector, since it only accounts for 2% of its portfolio. The move has been a boost to the fund’s performance so far this year, she added.

However, Kramer described the OUSA holdings as “plain vanilla.” It seems more like an Index fund that omits the non-dividend-paying, mega-cap tech giants, Kramer said.

Instead, Kramer said she likes stocks in her Value Authority service that pay a good dividend, such as Unilever (NYSE:UN), a company that offers products in beauty and personal care, home care and food and beverages, while paying a 3.5% dividend yield.

Unilever’s first-quarter 2020 sales were flat with volume growth of 0.2%. Sales growth in developed markets reached 2.8% but slid 1.8% in emerging markets during the first quarter. 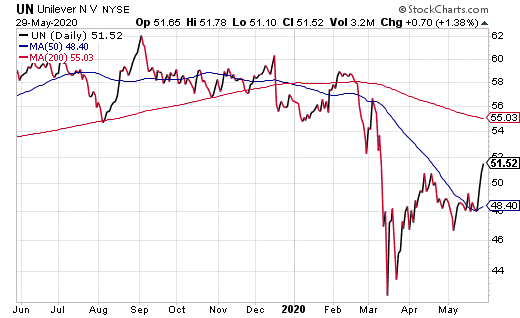 COVID-19 had an unprecedented impact on people and economies worldwide during the first quarter and Unilever structured by focusing on five areas: supporting its people; protecting supply; serving demand; contributing to society; and maintaining its financial strength, said its Chief Executive Officer Alan Jope in a statement.

A challenge with dividend-paying funds is that their managers can feel obligated to sell underperforming holdings to chase winners, Kramer said. In the process, shareholders lock in “big temporary losses” that the dividends cannot always cover.

“Instead, I urge people who want income to pick a few stocks that are here for the long haul — Boeing Co. (NYSE:BA) is definitely one of my favorites — and don’t sell,” Kramer said. “When you don’t sell, you don’t have to worry about the stock price day to day or even year to year. And companies like BA have a talent for keeping the dividends climbing, so you’ll fight inflation that way.” 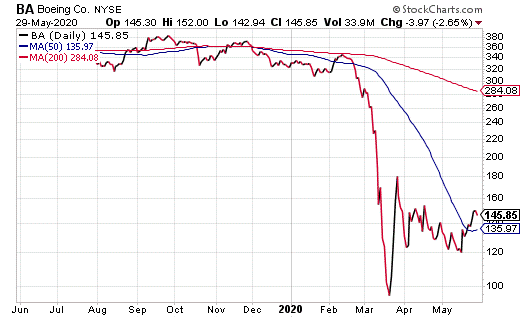 For now, income investors would need to be patient, since Boeing suspended its dividend payouts amid the COVID-19 crisis, along with other cost-cutting moves.

Boeing also enhanced its near-term liquidity by drawing down on a term loan facility; reducing operating costs and discretionary spending; extending its existing pause on share repurchases and suspending its dividends until further notice. It also reduced or deferred research and development, as well as capital expenditures, while eliminating pay for its CEO and chairman this year.

Boeing reported first-quarter revenue of $16.9 billion, GAAP loss per share of $1.11 and core loss per share (non-GAAP) of $1.70, mainly reflecting the impacts of COVID-19 and the 737 MAX grounding.

Two Boeing 737 MAX 8 crashes within five months of each other led to the aircraft’s grounding last year. The pilots could not control the planes sufficiently to return to the respective airports where they had begun their journeys, causing airline regulators around the world to ban the Boeing 737 MAX jets.

“Boeing’s priority remains a safe return to service of the 737 MAX,” according to a joint statement by its President and Chief Executive Officer David Calhoun and its Chief Financial Officer and Executive Vice President Greg Smith.

“Despite this challenging time, we operate in commercial aviation, defense and global services markets estimated at $8.7 trillion for the next 10 years, and we remain focused on capturing these opportunities and delivering on our commitments,” they added.

Bob Carlson, chairman of the Board of Trustees of Virginia’s Fairfax County Employees’ Retirement System with more than $4 billion in assets, said long-term dividend investors should put a portion of their portfolio in infrastructure companies, such as utilities, tower companies, data storage and others. 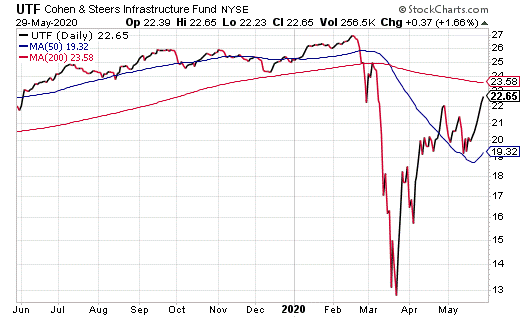 Mark Skousen, a descendant of Benjamin Franklin, meets with Paul Dykewicz in Philadelphia.

Skousen, who also writes a monthly investment newsletter called Forecasts & Strategies, currently is recommending a number of stocks and funds that pay dividends.

For income investors who want to avoid stocks and funds that may struggle to sustain their payouts amid the COVID-19 crisis, these four dividend-paying investments may be well worth considering. With the market on the ascent again, capital appreciation should enhance the total returns of investors.

THE FASTEST (AND MOST RELIABLE) WAY TO GET RICH IN AMERICA

Virtually no Americans know about it. Yet Dr. Mark Skousen is "coming clean" and giving away the private equity investment that made him a millionaire.
Click Here to Watch >>
X
X