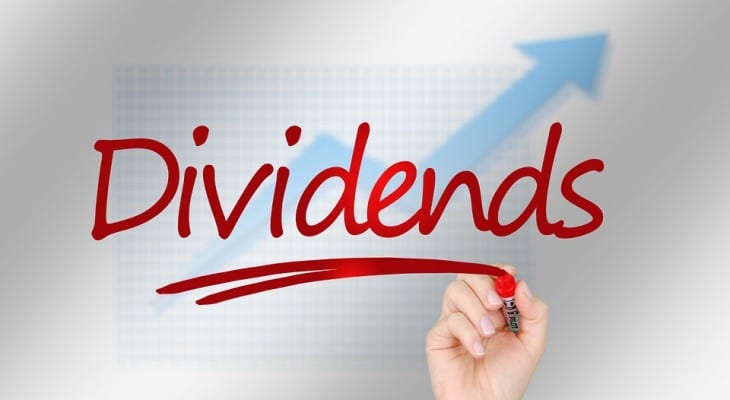 A security that offers a 5% gross return on investment (ROI) in two months is a great opportunity, especially if it just declared a dividend on February 7, 2017.

Out of 17 securities that boosted their dividends on that date, five investments stood out by raising their payouts 10% or more. This write-up and the table below offers investors an introduction to each of those equities.

One company declared a special dividend that produced a 5% return in just 61 days. That length of time is the minimum holding requirement for an equity to be eligible for a reduced capital gains tax rate of 15%. While the ex-dividend date is approaching quickly, there still is time to take advantage of this opportunity. 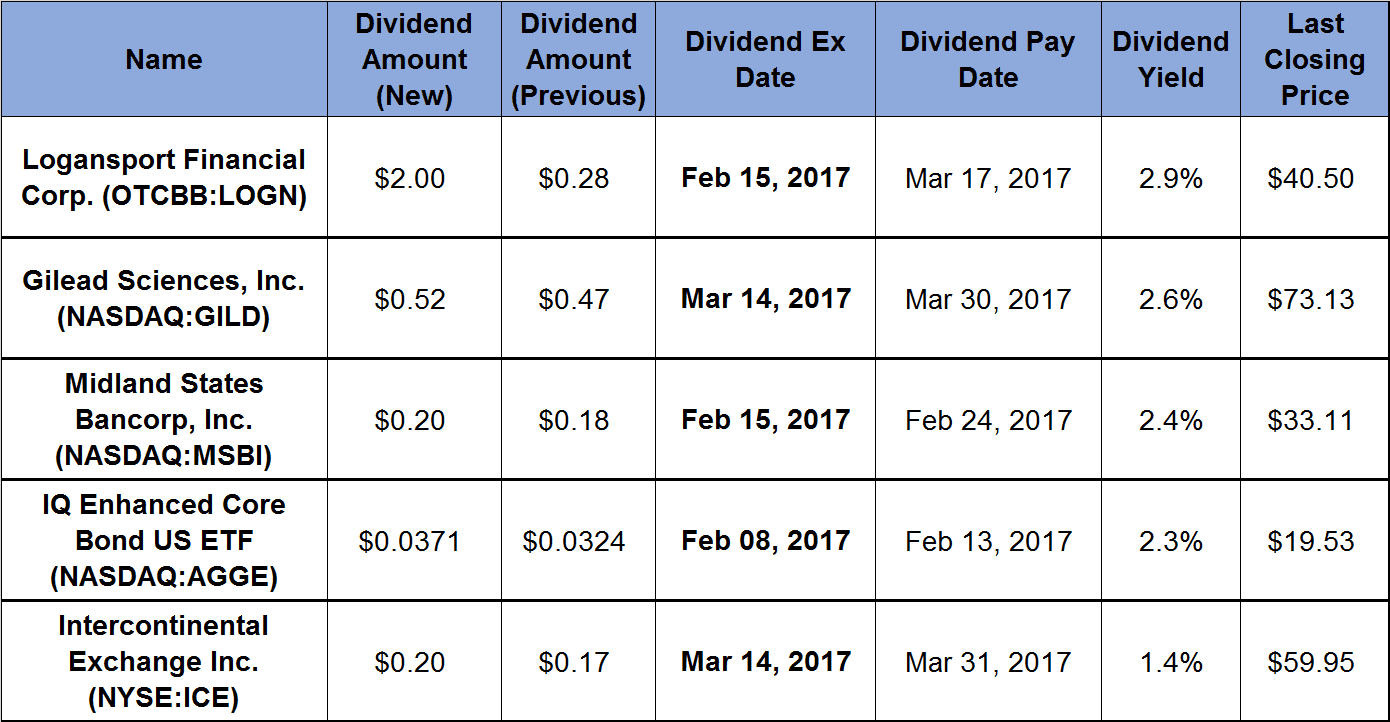 On February 7, 2017, the company declared a $2.00 per share special dividend to be paid on March 17 to all shareholders of record before February 15, 2017. The company has been paying a dividend since 1995 and has never lowered its annual payout. Its regular quarterly dividend of $0.28 translates to a $1.12 annual payout and a 2.9% yield.

Gilead Sciences is a research-based biopharmaceutical company that discovers, develops and commercializes medicines and medical treatments. The company’s portfolio of current products and products in its development pipeline includes treatments for HIV/AIDS, liver diseases, cancer, inflammatory and respiratory diseases and cardiovascular conditions.

Midland States Bancorp operates as a financial holding company for Midland States Bank. The company provides banking and financial services to individuals, businesses, municipalities and other entities through its network of 81 locations in the United States.

The ex-dividend date for this fund is on February 8, 2017. However, the dividend is paid monthly. The next payout is just a few weeks away.

The company declared its dividend for the entire 2017 in advance. The $0.20 payment per share is scheduled to be paid at the end of each quarter in March, June, September and December. The annualized payout of $0.80 converts to a 1.4% yield and is on track to be the fourth consecutive annual dividend boost. Since 2013, the dividend rose at an average rate of 57% annually, which resulted in a six-fold payout increase since the company started paying a dividend four years ago.

Ned Piplovic is the assistant editor of website content at Eagle Financial Publications. He graduated from Columbia University with a Bachelor’s degree in Economics and   Philosophy. Prior to joining Eagle, Ned spent 15 years in corporate operations and financial management. Ned writes for www.DividendInvestor.com and www.StockInvestor.com.