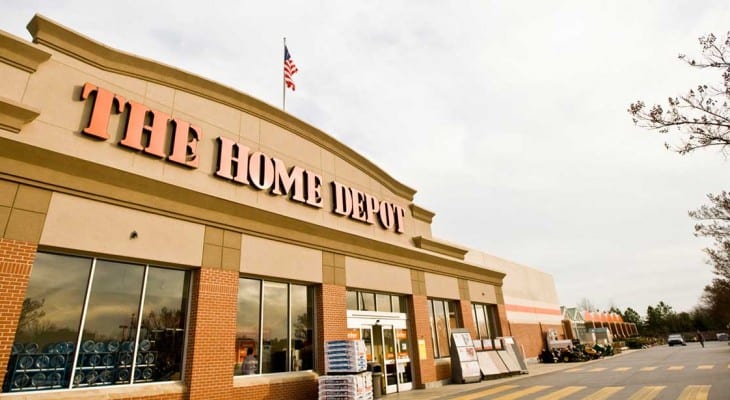 Following a positive financial performance in 2016 and an improved outlook for 2017, Home Depot, Inc. (NYSE:HD) declared a 29% increase in its quarterly dividend payout and extended its current record to eight consecutive years of boosting dividends.

A January 2017 www.dividendinvestor.com article highlighted Home Depot as one of three equities that could benefit from any potential boost in the private housing and construction market. Home Depot’s current results and outlook for 2017 appear to support that prediction.

Because of these positive results, the company boosted its quarterly dividend payout by 29% from $0.69 to $0.89. The annualized distribution of $3.56 equates to a 2.5% yield. The current boost is significantly higher than last year’s 17% bump and the 17.6% average annual dividend payout growth since 2009.

In addition to raising its dividends for eight consecutive years, Home Depot has boosted its annual payout 18 out of the past 20 years.

Below is the chart showing annual dividend payouts for Home Depot since 1996. Green bars indicate dividend boosts, gray bars indicate years with no dividend increases and the blue bar represents the annualized dividend for 2017. 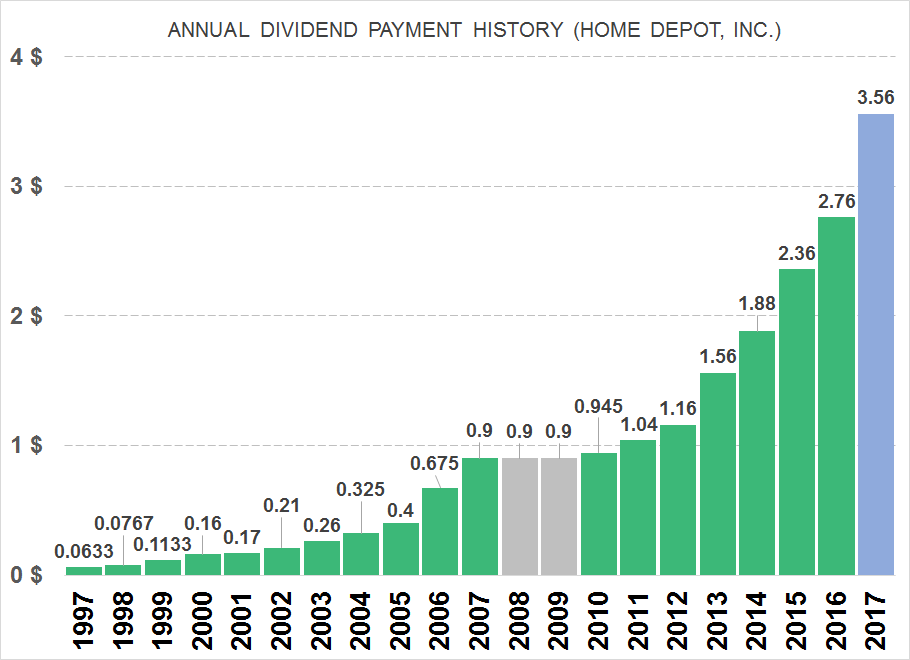 Home Depot’s guidance for fiscal 2017 includes a 4.6% growth of comparable store sales, a 4.6% increase in total sales, a 30 basis-point expansion of operating margin and cash flow in excess of $11 billion. Additionally, the company announced plans for six new stores, approximately $2.0 billion of capital spending and a $5 billion share repurchase plan. The share repurchase plan should help Home Depot achieve its goal of a 10.5% diluted earnings-per-share increase in 2017.