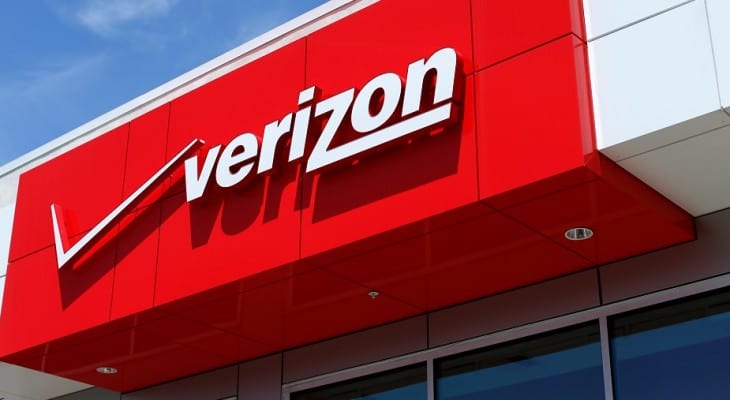 The company’s current yield is close to the telecommunications segment’s average yield but more than double the average yield of the total Technology sector. The company’s share price originally lost almost 20% through the middle of July 2017, but has recovered completely and had a significant surge over the past 30 days.

The company’s Wireline segment offers high-speed internet, Fios internet, Fios video services and Voice over Internet Protocol (VoIP) telephone service. As of November 2017, 98% of the U.S. population had coverage of Verizon’s 4G LTE network. Additionally, Verizon is developing the next generation network and will launch its first 5G network in Sacramento, California, in the second half of 2018. The 5G network technology provides connection speeds that are 30 to 50 times faster than the current 4G technology. Formerly known as Bell Atlantic Corporation, the company changed its name to Verizon Communications Inc. in June 2000.

The company’s current $0.59 quarterly dividend distribution is 2.2% higher than it was in the same period of the previous year. Additionally, the current quarterly payout is equivalent to a $2.36 annualized distribution and a 4.5% dividend yield. While the company’s current yield is within 6% of the average dividend yield of the Telecom Services segment, it is 260% higher than the 1.24% average yield of the entire Technology sector.

The company’s share price struggled for more than half of the current trailing 12-month period before showing positive signs and trending up in the later part of the year. The first two weeks of the trailing 12-month period looked promising, as the share price rose 3.2% from $52.97 on December 20, 2016, to $54.64 on January 5, 2017. Unfortunately, the January 5, 2017, closing price turned out to be the highest share price for the current 52-week period. After the early January peak, the share price dropped 27.4% over the following six months and closed at its 52-week low of $42.89 on July 11, 2017.